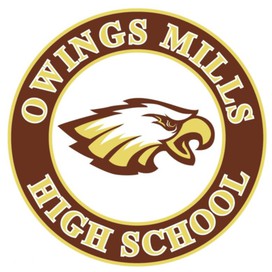 Get email updates from Owings: 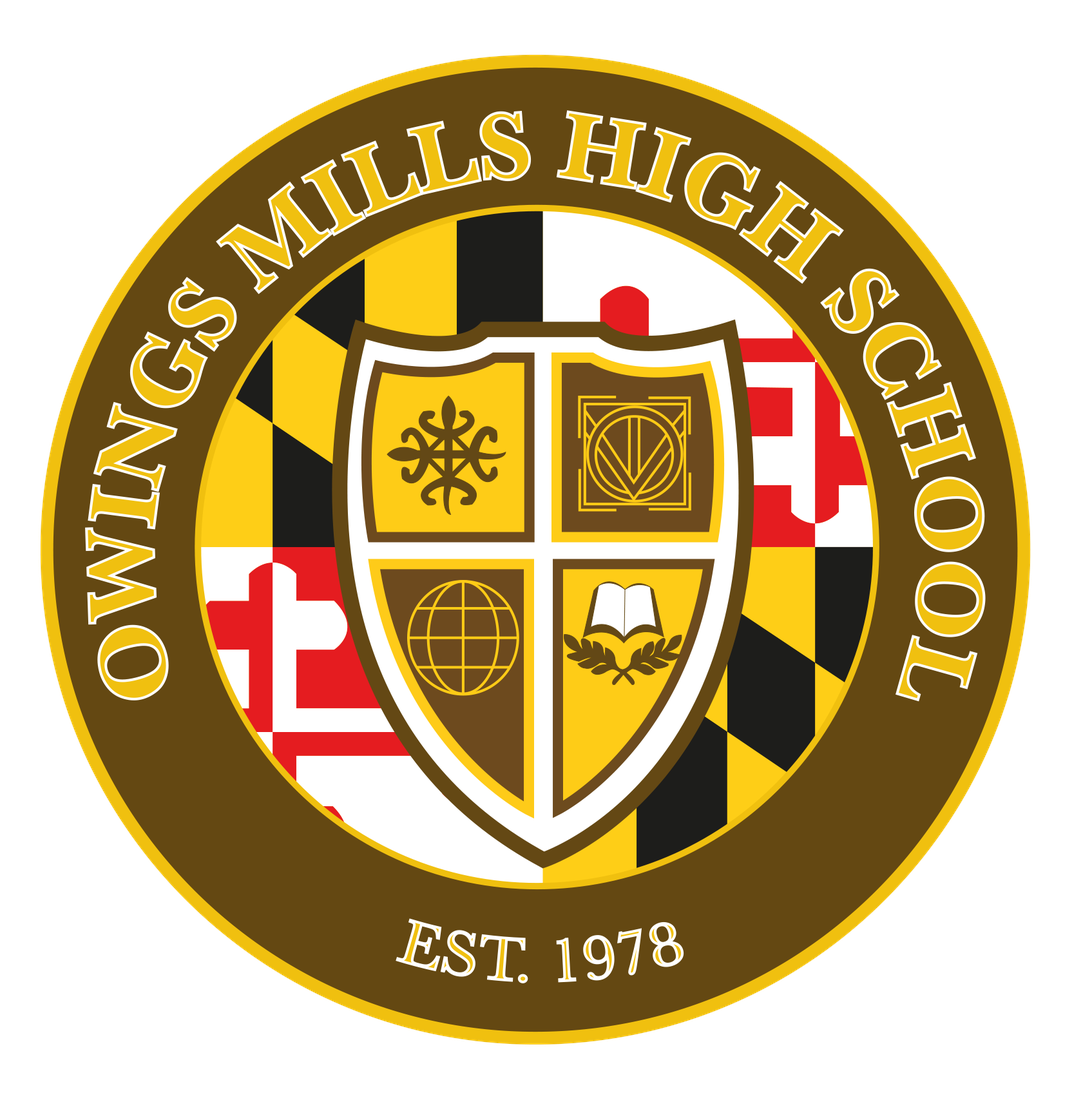 Please take the time to scan our newsletter for school news and information. This edition also includes information for parents (and students) about the effects of e-cigarettes, also known as vaping or juuling. While administration has not observed the habit to be widespread, there is increasing concern regarding students' use of e-cigarettes and we want parents to be aware and informed of the harmful effects of this odorless drug.

Student's Social Eligibility will be determined by the Q1 Report Card and reviewed at the interim:

Social Eligibility - to participate in or observe after-school activities, including after-school clubs, music ensembles, attending basketball games, dances, or other events, students must maintain passing grades in 87% of classes AND be on-time to school 80% of the Quarter. Social Eligibility will be reviewed at Q2 Interim.

Students are NOT eligible if

As we usher in the second quarter, it is important to reflect on the successes and areas for growth in the previous quarter. While Eagle Hour was a success for some students, staff continues to explore ways for more students to use this opportunity to his or her advantage. We will be gathering input from staff, parents, and students as we consider if, how, and when we'll implement Eagle Hour again. In the meantime, please take time to review your child's report card, celebrate successes, and set goals to improve.

For parents that already have established a myBCPS account, but are not connected to their student, please login to https://mybcps.bcps.org/ and follow Steps 3 and 4 noted above.

Teens today are more reluctant to smoke cigarettes than their counterparts nearly three decades ago, according to a study released this summer. But parents should hold their collective sigh of relief. The study, carried out by the Centers for Disease Control and Prevention (CDC), uncovered a new, troublesome trend: vaping.

Eleven percent of high school seniors, 8 percent of 10th-graders, and 3.5 percent of eighth-graders reported vaping with nicotine in the past month, according to a national survey released from the University of Michigan late last year. The worrying part? Young people think vaping is mostly harmless.

To understand vaping, it’s best to start on broad terms. To vape is to inhale vapor created from a liquid heated up inside a device. From there, things quickly get complicated. The devices have many names—vape pens, pod mods, tanks, juuls, electronic nicotine delivery devices (ENDS), e-hookahs and e-cigarettes. The liquid they contain also has many monikers—it might be called e-juice, e-liquid, cartridges, pods, or oil. Most vape liquids contain a combination of propylene glycol or glycerol—also called glycerin—as a base, and nicotine, marijuana, or flavoring chemicals to produce common or outlandish flavors, from mint to “unicorn puke.” The devices rely on batteries to power heating elements made of various materials that aerosolize the liquid.

The popularity of vaping among adolescents exposes them to large amounts of nicotine that can have adverse health risks for their physical and emotional development. Juul is one type of e-cigarette, however, they look nothing like a real cigarette, making it easy for children and teens to secretly use them without a parent, guardian, or teacher noticing. This may be just a temporary trend, but if the FDA does not quickly educate the public about the risks, it is likely to create an enormous increase in young people addicted to nicotine.

When discussing e-cigarettes with children, parents are encouraged to talk openly and freely about vaping—with the caveat that they provide accurate information. “I think the problem is that parents lose credibility if they say something to try and convince their child, who then finds out that it isn’t true. Parents should base their information on accurate facts and also encourage their children to read about and understand the science on this issue instead of relying on what their friends and peers tell them."

Stephen Baldassarri, MD, an internist at Yale Medicine, suggests explaining the addictive nature of vaping, which would mess with the one thing teens crave the most: independence. “In some ways, when you get addicted to a drug, it’s like losing your freedom of choice,” he says. “The risk of losing that freedom might be a persuasive message for kids.”

For more information about e-cigarettes, vaping, and juuling, check out these links:

2018 HOW TO PAY FOR COLLEGE SEMINAR

US Congressman, Elijah Cummings will host the 22nd Annual How to Pay for College Seminar on Monday, December 3, 2018 from 5 p.m. to 8 p.m. at the Maryland Institute College of Art, Brown Center located at 1301 West Mount Royal Avenue in Baltimore, Maryland.

The purpose of the How to Pay for College Seminar is to inform constituents about educational opportunities and financial assistance programs to help them attain a college education. The seminar will allow students and parents to learn more about SAT preparation, the college admissions and financial aid processes, as well as scholarship opportunities.

Colleges, universities and scholarship organizations will exhibit in the Leidy Atrium and the financial aid seminar will be held at 6:30 p.m. in Falvey Hall. The event is free and open to the public.

Message from our PTSA President

On Wednesday, November 14, 2018, The P.T.S.A. will have coffee and donuts for the staff for American Education Week. Also we will have coffee and donuts for all parents, or caregivers who visits on the same day. The Parent Mobile will also be here with plenty of information for parents and students. If you need further information please contact Ms. Moore at nmoore2@bcps.org.

Our goal is to support the academic and extra curricular activities of our students and staff. It is our hope to increase membership and continue to provide excellent programs and opportunities for students.

Know that when parents get involved, children achieve success and school quality improves! We encourage you to join us the first Wednesday of each month at 7 PM. See you there! 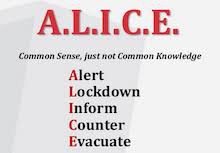 All BCPS schools will implement ALICE protocols in the event of a violent intruder. Visit our website for more information. 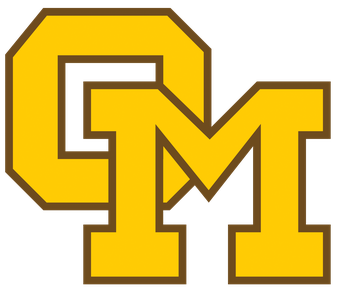 Have a question about early dismissal or other OM procedures? Check out our OM Guidebook for answers to frequently asked questions. 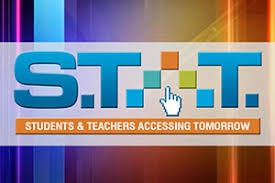 As part of the BCPS STAT initiative, all students will receive laptops. Click here for more information about the Student Device Loan & Use Agreement. 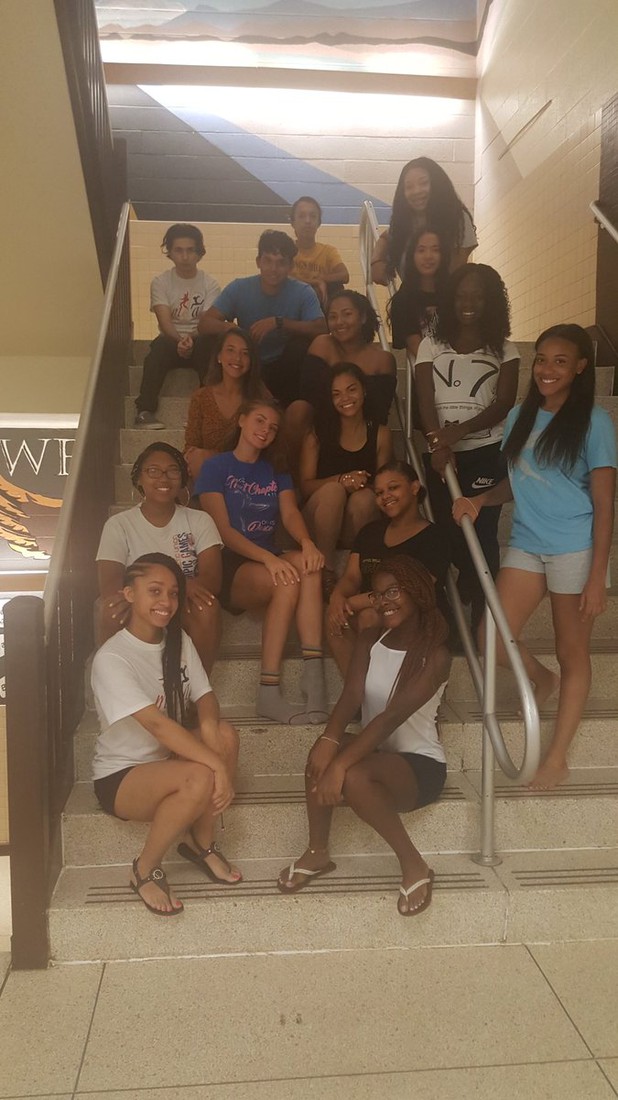 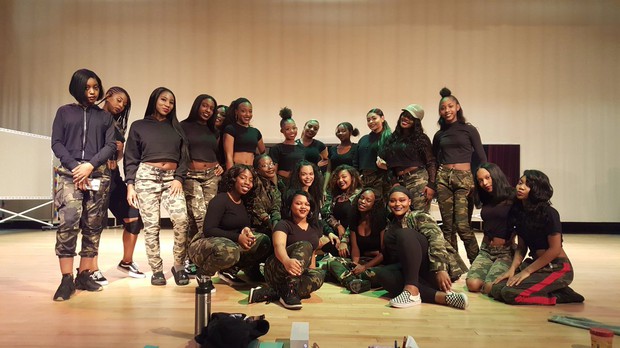 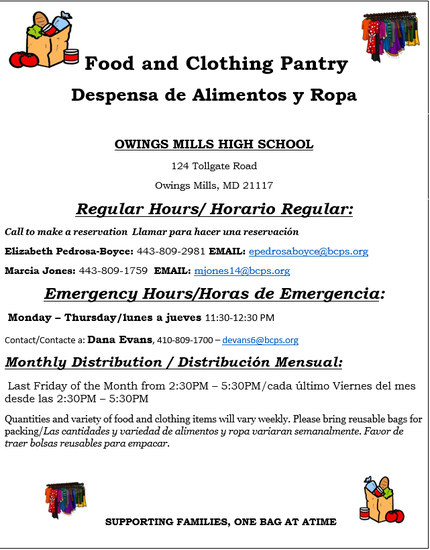 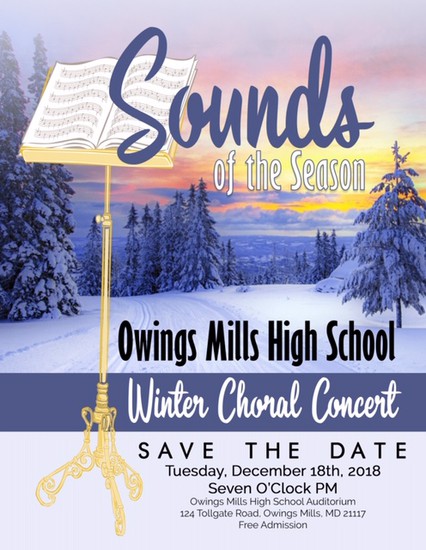 The CCRD Work-Based Learning Program has tripled in size in the past 3 years, and for the first time in a nearly a decade offers WBL students transportation to leave campus at 12:40pm. Kudos to Ms. Purdie for a job well done. 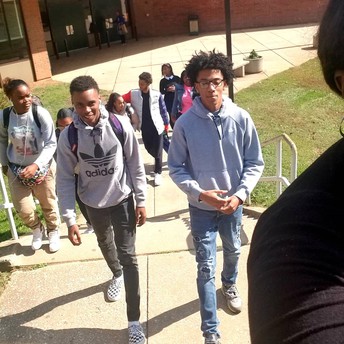 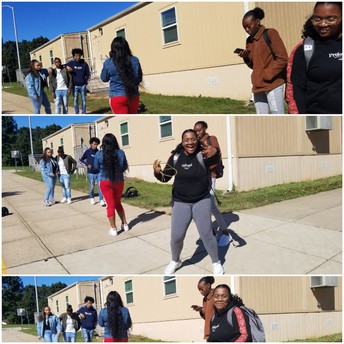 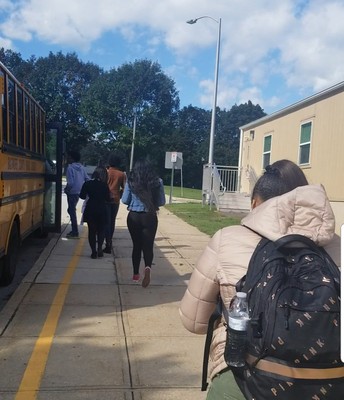 You can also visit the following link to order online- https://www.jostens.com/apps/store/customer/1066672/Owings-Mills-High-School/ 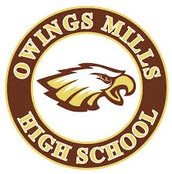 Tryouts for all Winter sports begins . Didn't register yet? No problem - visit the OMHS Athletics website for required forms and information.

Winter Sports include junior varsity and varsity programs for most sports:

Sports Boosters in an entirely non profit volunteer organization of parents, coaches, school staff and community members which supports the athletic department and sports programs for ALL athletes. We do this through various events, membership fees, corporate sponsorship and concession stand operations. We work to promote Eagle Pride in athletics, raise school spirit, recognize the contributions of our unsung heroes, and provide college scholarships. Join as a member, ask your company to sponsor a stadium banner, or come help serve in the concession stand at a football or basketball game. Click below for our membership form or go to www.omhsSportsboosters.com to link to our sign up genius for volunteer times. Thanks for considering our organization!

Please join us the first Wednesday of the month at 6:15 PM in the upper cafeteria. For more information, please email Randi Trellis at randtans@aol.com. 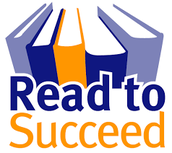 Catch Up - Keep Up - Get Ahead - READ! Reading is THE key to success and it takes continued practice to keep your skills sharp. Need some inspiration? Check out these recommendations. 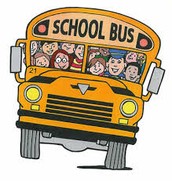