The last days of his life

The last days of his life

In 550 C.E. Tupga Mepire was found dead with multiple internal and external injuries. They include broken bones, the measles, collapsed lungs, a heart attack, and scratches and gashes.

The autopsy found that the cause of the broken bones on his legs was economically motivated. He couldn't sell cloth (main export) because the Roman empire, his main customers, fell and there was no one to sell it to, thus stopping the export of goods, and eventually the exchange of money which left him "broke", with broken bones. The cause of the gashes and scratches on his arms and hands were shown to be culturally motivated. He allowed many of his citizens freedoms in worship and living conditions, but when his leaders lost power and got lazy on the job, they couldn't keep up with his vastly growing empire, and eventually this caused domestic disputes between the ethnic groups. The main religion was Buddhism, and many people tried to shun others because they worshiped something different and that also caused disputes, leading to him having the measles. The causes of the lung collapse and the heart attack were shown to both be politically motivated. One of his rulers, Chandragupta 2, ruled his vast empire with stability and was able to maintain peace and fend off the invasion of the Huns. His son Skandragupta was considered the last emperor, and he was considered wise. After his death, the dynasty crumbled. The remaining rulers couldn't rule over the vast majority, thus causing domestic conflicts, and it caused the Huns to come in and attack the empire until it fell. Causing his lungs to collapse. The other cause of the heart attack was that his rulers fighting caused dissension between the royal family. All of Kumar Gupta 1's sons fought among themselves for the throne, and when Skandragupta came out ruling over the throne, they eventually fought again which lead to weakened central authority across all provinces, which caused his heart attack. The cause of the measles on his face, as listed on the autopsy, was socially motivated. Based on the foreign invasion and the high taxes, many local governors decided to rule independently and set up there own states. Soon their power shattered thus causing him to have measles. 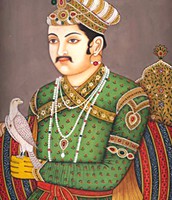 Brought peace to the kingdom, was a wise ruler. 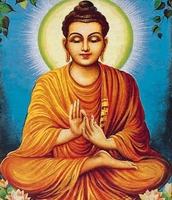 Territory of the Gupta empire