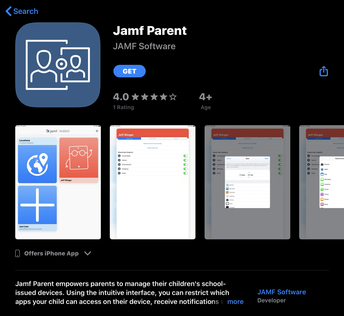 What is JAMF Parent?

The free Jamf Parent iOS app empowers parents & guardians to manage their student's school-issued devices outside of the school day and restrict which apps students can access on their devices.

NOTE: An Andriod version of the app is currently not available.

1. On your STUDENT's school-issued device open the Self Service app.

2. Tap on the JAMF Parent icon in the upper right corner which will open a screen with a QR code.

3. On YOUR personal device, open the JAMF Parent app.

4. Tap the Get Started button.

NOTE: The first time you use JAMF Parent, you must allow JAMF Parent to access the Camera to scan the QR codes. If you accidentally selected NO, on your device go to Settings, then Privacy, then Camera, then turn the toggle next to Parent to ON.

6. Point YOUR personal device's camera at the QR Code on your STUDENT's school-issued device.

8. Device will appear with student's name in app.

NOTE: Restrictions will not be allowed through the JAMF Parent app during school hours, 7:00am - 5:00pm on Monday - Friday. 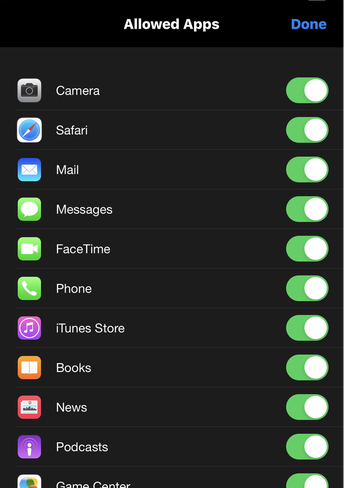 Allows you to hide certain Apple apps from the student device.

2. Toggle the ON/OFF switch next to the app you would like to turn OFF.

3. To allow the app back, toggle the ON/OFF switch back to ON.

NOTE: Some apps have already been restricted to OFF at the district level including Message, FaceTime, Phone, iTunes Store, and Game Center. 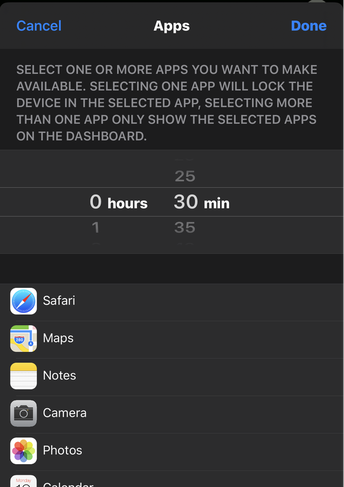 Allows you to set a time for app restrictions. While your student's device is in App Lock, they will only be able to use the apps you allow during a specified time.

NOTE: If you only allow ONE app, that app will launch on your student's device and they cannot exit the app until the App Lock time ends.

2. Set the timer and tap the apps you want your student to have access to (a check mark will appear next to the apps you select).

3. To turn off the App Lock before time ends, tap Disable App Lock in JAMF Parent. 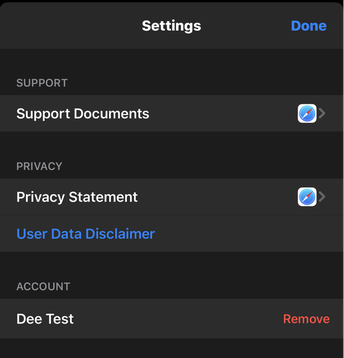 At the end of the school year you will want to remove the device from your JAMF Parent app. In August you will add the student's new device back to your app.

1. On the main JAMF Parent screen, tap the Settings icon in the upper right corner.

2. Tap Remove next to each device (Account) you want to remove. 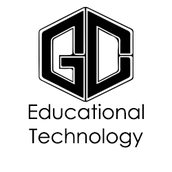 Baytown, TX, USA lori.roberts@gccisd.net 281.420.4499 schools.gccisd.net/page/et.home
Embed code is for website/blog and not email. To embed your newsletter in a Mass Notification System, click HERE to see how or reach out to support@smore.com
close