What do the Colonist have against King George the 3rd

* The Crown would not lower any taxes so that led to boycotts.

*King George III would not let any colonist go settle into the Indian land because the king said it was the Indians land.

*5 people with loving families were killed in a puddle of blood from the king's soldiers.

*The king had his soldiers take colonists while the other colonists were fighting.

* When us, colonists asked for forgivness, From the olive branch the king said "Nooo"!

Some pictures of the wars

Family soligers of the revolutionary war 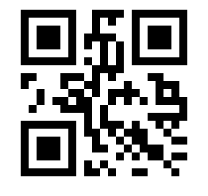