Get email updates from NCC:

The NCC Library Book Club strives to foster a love of reading in our NCC community.

We meet on the fourth Tuesday of the month at 1:00 pm. 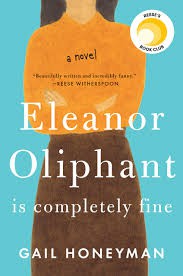 Meet Eleanor Oliphant: She struggles with appropriate social skills and tends to say exactly what she’s thinking. Nothing is missing in her carefully timetabled life of avoiding social interactions, where weekends are punctuated by frozen pizza, vodka, and phone chats with Mummy.

But everything changes when Eleanor meets Raymond, the bumbling and deeply unhygienic IT guy from her office. When she and Raymond together save Sammy, an elderly gentleman who has fallen on the sidewalk, the three become the kinds of friends who rescue one another from the lives of isolation they have each been living. And it is Raymond’s big heart that will ultimately help Eleanor find the way to repair her own profoundly damaged one. 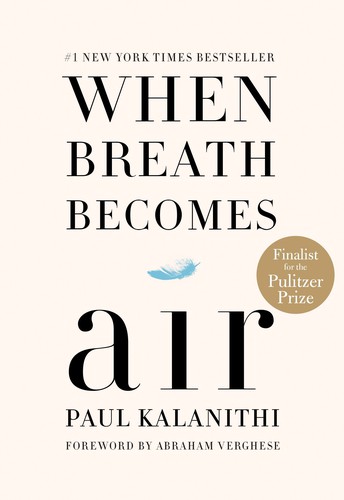 At the age of thirty-six, on the verge of completing a decade’s worth of training as a neurosurgeon, Paul Kalanithi was diagnosed with stage IV lung cancer. One day he was a doctor treating the dying, and the next he was a patient struggling to live. And just like that, the future he and his wife had imagined evaporated. When Breath Becomes Air chronicles Kalanithi’s transformation from a naïve medical student “possessed,” as he wrote, “by the question of what, given that all organisms die, makes a virtuous and meaningful life” into a neurosurgeon at Stanford working in the brain, the most critical place for human identity, and finally into a patient and new father confronting his own mortality.

What makes life worth living in the face of death? What do you do when the future, no longer a ladder toward your goals in life, flattens out into a perpetual present? What does it mean to have a child, to nurture a new life as another fades away? These are some of the questions Kalanithi wrestles with in this profoundly moving, exquisitely observed memoir. 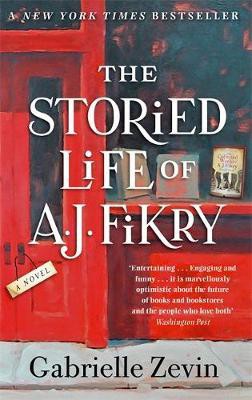 The Storied Life of A.J. Fikry

A. J. Fikry's life is not at all what he expected it to be. His wife has died; his bookstore is experiencing the worst sales in its history; and now his prized possession, a rare collection of Poe poems, has been stolen. Slowly but surely, he is isolating himself from all the people of Alice Island—from Chief Lambiase, the well-intentioned police officer who's always felt kindly toward him; from Ismay, his sister-in-law, who is hell-bent on saving A.J. from his dreary self; from Amelia, the lovely and idealistic (if eccentric) Knightley Press sales rep who persists in taking the ferry to Alice Island, refusing to be deterred by A.J.'s bad attitude. Even the books in his store have stopped holding pleasure for him. These days, he can only see them as a sign of a world that is changing too rapidly.

And then a mysterious package appears at the bookstore. It's a small package, though large in weight—an unexpected arrival that gives A.J. the opportunity to make his life over, the ability to see everything anew. It doesn't take long for the locals to notice the change overcoming A.J., for the determined sales rep Amelia to see her curmudgeonly client in a new light, for the wisdom of all those books to become again the lifeblood of A.J.'s world. Or for everything to twist again into a version of his life that he didn't see coming. 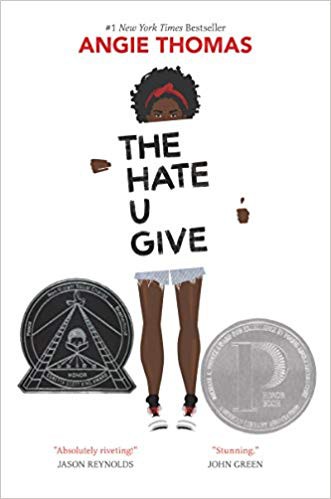 The Hate U Give

Sixteen-year-old Starr Carter moves between two worlds: the poor neighborhood where she lives and the fancy suburban prep school she attends. The uneasy balance between these worlds is shattered when Starr witnesses the fatal shooting of her childhood best friend Khalil at the hands of a police officer. Khalil was unarmed.

Soon afterward, his death is a national headline. Some are calling him a thug, maybe even a drug dealer and a gangbanger. Protesters are taking to the streets in Khalil’s name. Some cops and the local drug lord try to intimidate Starr and her family. What everyone wants to know is: what really went down that night? And the only person alive who can answer that is Starr.

But what Starr does—or does not—say could upend her community. It could also endanger her life.

August (Auggie) Pullman was born with a severe facial difference that, up until now, has prevented him from going to a mainstream school. Starting 5th grade at Beecher Prep, Auggie wants nothing more than to be treated as an ordinary kid—but his new classmates can’t get past his extraordinary face. Wonder begins from Auggie's point of view, but soon switches to include the perspectives of his classmates, his sister, her boyfriend, and others. These voices converge to portray a community as it struggles with differences, and challenges readers, both young and old, to wonder about the true nature of empathy, compassion, acceptance, friendship, and—ultimately—kindness. Auggie is a hero for the ages, one who proves that you can’t blend in when you were born to stand out.

Share some of your favorite books to read on these long, cold winter nights. 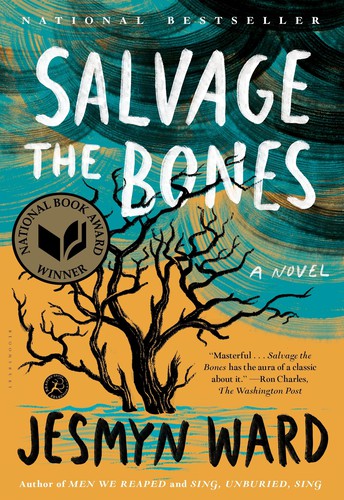 A hurricane is building over the Gulf of Mexico, threatening the coastal town of Bois Sauvage, Mississippi, and Esch's father is growing concerned. A hard drinker, largely absent, he doesn't show concern for much else. Esch and her three brothers are stocking food, but there isn't much to save. Lately, Esch can't keep down what food she gets; she's fourteen and pregnant. Her brother Skeetah is sneaking scraps for his prized pitbull's new litter, dying one by one in the dirt. Meanwhile, brothers Randall and Junior try to stake their claim in a family long on child's play and short on parenting.

As the twelve days that make up the novel's framework yield to their dramatic conclusion, this unforgettable family--motherless children sacrificing for one another as they can, protecting and nurturing where love is scarce--pulls itself up to face another day. A big-hearted novel about familial love and community against all odds, and a wrenching look at the lonesome, brutal, and restrictive realities of rural poverty. 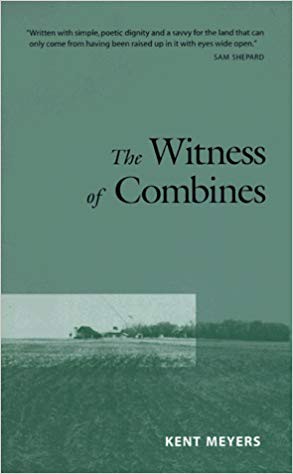 Witness of Combines - One Book, One Sioux County Selection

When Kent Meyers's father died of a stroke, there was corn to plant, cattle to feed, and a farm to maintain. Here, in a fresh and vibrant voice, Meyers recounts the wake of his father's death when he was sixteen and reflects on families, farms, and rural life in the Midwest.

Meyers tells the story of his life on the farm, from the joys of playing in the hayloft as a boy to the steady pattern of chores. He describes the power of winter prairie winds, the excitement of building a fort in the woods, and the self-respect that comes from canning 120 quarts of tomatoes grown on your own land.

Meyers's father is the central figure that these memories revolve around. After his father's death, Meyers fills his shoes out of necessity, practicality, and respect. In doing so, he discovers that his father was a great teacher and that he is no longer a boy but a man. Perhaps the most moving passages in The Witness of Combines are filled with the simultaneous sadness and pride of growing up in response to death. Meyers recalls planting and harvesting the last crop, selling the family farm, and other stirring moments in a testament to his father, the family bond, and the value of hard work. 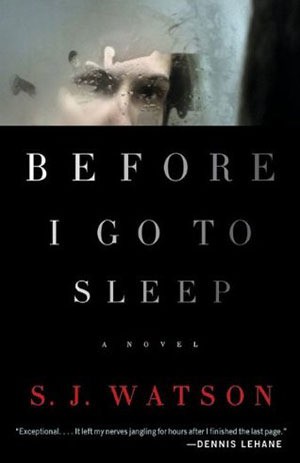 Before I Go to Sleep

Christine wakes up every morning in an unfamiliar bed with an unfamiliar man. She looks in the mirror and sees an unfamiliar, middle-aged face. And every morning, the man she has woken up with must explain that he is Ben, he is her husband, she is forty-seven years old, and a terrible accident two decades earlier decimated her ability to form new memories.

Every day, Christine must begin again the reconstruction of her past. And the closer she gets to the truth, the more unbelievable it seems.

Follow NCC Library
Contact NCC Library
Embed code is for website/blog and not email. To embed your newsletter in a Mass Notification System, click HERE to see how or reach out to support@smore.com