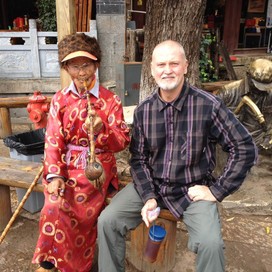 The King Has Another Move

The King Has Another Move

I love to play chess and I can remember when I first starting learning the game I used to watch a man named Preston and guy named John play for hours. I can remember the intensity these guys had and how long these games would go on. You see the game of chess is a game of strategy, where you try and manipulate your opponent into making the moves you want him to, you may even have to sacrifice some of your own pieces in order to gain the control you are after in order to place his King in Check Mate, where he has no other moves left. I remember looking on the game from the outside and thinking "man what a stupid move"," why would you move that piece there". Often times when your are in the midst of the game and the pressure is on you, your outlook can become clouded, it becomes easy for you to slip up and make the wrong move and eventually play right into the strategy of your opponent. Think of every President that has been elected, at first they are ready to take on the world, they seem confident, strong, they are full of vision, vitality and hope but often times by the end of their term they appear gray headed, worn and tired out and that's because of the pressures of such a great office. Sometimes the enemy tries to do the same thing with us, wear us down, make us think that there are no other moves left. I came across this old article that I wanted to share, I believe it puts things into perspective quite well.

The King Has Another Move!

This story has been told by Christian speakers as far back as 1955 when Billy Graham told a variation of it early in his ministry.

Two men are standing in front of a painting called Checkmate in an art gallery. In the painting, a man is playing chess with the devil. The devil is grinning ear-to-ear because he has the man cornered. The title of the painting, Checkmate, indicates that the game is over. The devil has won. His opponent has no more moves.

When you look at Scripture, you will see that all through history, the devil has had God's people in what seemed like "checkmate." But God had another move.

In Exodus 14, with the Egyptians relentlessly chasing them, the Israelites, finally released to journey to the Promised Land, came to the shores of the Red Sea. They could see the dust from approaching Egyptian chariots on the horizon and hear the war cries of their pursuers. They had nowhere to turn. Their families would be killed; their possessions would be taken. Checkmate, right?

The King had another move. God says to Moses, "Why are you crying out to me? Tell the people to get moving! Pick up your staff and raise your hand over the sea. Divide the water so the Israelites can walk through the middle of the sea on dry ground" (Exodus 14:15-16). We know the rest of the story. The Israelites get to the other side; the Egyptians drown when God closes the water alley.

In 1 Samuel 17, the Israelites and their leader, Saul, were terrified of The nine-foot-tall Philistine giant, Goliath, was taunting them and making fun of their God. The Israelites were in checkmate.

But the King had one more move. An insignificant little boy too small to fit into Saul's armor knocked off Goliath and delivered the Israelites. David, who knew a thing or two about being in checkmate, shows his deep faith when he says, "The Lord who rescued me from the claws of the lion and the bear with will rescue me from this Philistine!" (1 Samuel 17:37).

In Daniel 6:1-28, King Darius threw Daniel into a lions' den because Daniel ignored the new law to pray to King Darius and instead prayed to God. In imagery reminiscent of the tomb of Jesus, a stone was rolled over the mouth of the lions' den and Daniel was left to be torn apart. You can't get much more "checkmate" than that situation!

But the King had another move. He sends an angel to close the lions 'mouths. When King Darius finds Daniel safe, he says: "I decree that everyone throughout my kingdom should tremble with fear before the God of Daniel. For he is the living God and he will endure forever. His kingdom will never be destroyed, and his rule will never end" (Daniel7:26).

Then there is the story of Jesus, the devil thought he had Him in check mate as He hung on the cross dying. It appeared that there were no more moves left, but Then on the 3rd day God said I have another move, Jesus rose from the dead and is seated at the right hand of His Father, where He makes intercession for us all.
Satan thought that he had won when Jesus was crucified and descended into the earth, he thought he had defeated the cross but on the third day when Jesus arose He declared I Am Enough. Victory was accomplished, healing and deliverance was fulfilled, the power of the Holy Spirit was released, poverty was destroyed, sin defeated.

Perhaps you feel like you are in checkmate in your life. You are in debt. You've lost your job. Your marriage is in trouble. Someone is dying. You have an addiction that is eating you with shame.

Whatever your situation, you have to remember that God always has another move in your life. He can get you out of whatever you're in. He raised his own Son from death! Pray to Him. His love for you is unconditional, and he never turns his back on you. You have another move.

When it seems as if you can't move to the next square on the calendar, remember, the King always has another move!