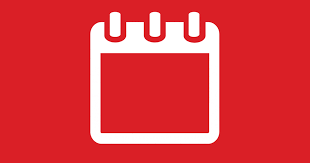 To do three months ago:

Still missing several of these--Mid-Year PDP is due in January. I believe you go into the NEE system, provide a narrative update, and submit it to me.

MN out of building most of day for conference.

4/1: MN presents LA at NSBA Conference--be back on Tuesday

4/2: Juniors and Seniors who opt in can take the ACT at DAC

4/4: Jakob Drennen --WorkKeys go to Career Center in PM to take it 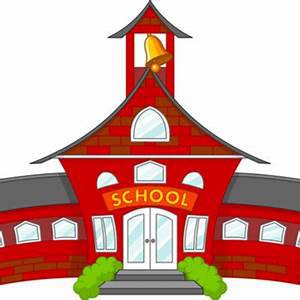 Before break we touched on our common concerns with ISS. In an attempt to make improvements so this doesn't unravel anymore, here are some thoughts to ponder as we collectively try to make this work better. **NOTE: NONE of these concerns have to do with Eddie/Krista/Lisa, (except bless them for the work they do in that room) they are really just some bigger issues that need some tweaks.

Current Scenario: ISS numbers are running very high right now. Finding that it is taking verrrrry long to get a student to actually serve their ISS for a number of reasons. The vibe we are getting right now is that students don't really care about ISS because they still are "out" for quite a bit, pulled for trips, come in late, leave early/cut, etc. One could argue that they have always been that way, but I would disagree based on conversations I have with them.

Concern: How can ISS be a place that holds students accountable? (I'm certain someday we will find a bigger solution to this issue, but until then what can we do to get this reeled back in?)

Cut School: One consistent change this year was that if you cut school, you go to recovery for the following day. This actually worked! The number of students who cut school, in my opinion, is the lowest I've seen in the four years I've been here. With that being said, I would say the last month it has been on the rise.

Possible solution: I might propose that we do NOT pull any students from ISS when they are serving a cut day. I really think this would remedy the issue. We are trying to teach the kids to use skills/strategies when they get the urge to flee, and if they don't have those to do the hard thing and advocate for themselves by talking to an adult. Believe it or not, we have had students do this in the past and our response is...I DO think you should go home. However, they did it in the RIGHT manner instead of just hitting the pavement like an escape artist.

Trips and ISS/Recovery: Nearly most of the time, students are pulled for trips while in ISS. Here is a trend we are seeing: student arrives just in time for trip, cuts school after trip, attendance is poor, so we are still trying to serve a consequence that is more than a week old when considering attendance and trips.

This obviously becomes cumbersome to hold a student accountable so far after the event, adds to the numbers in that room because it takes forever to get someone to truly serve their days, etc.

Times that ISS starts/ends: Do we need to change this? Is this part of the problem (when we start, going to advisory, etc.)? Possible solution: ISS starts at the beginning of math. If students are in ISS for one day, they don't go to advisory. If they are in for multiple days, they end up going to advisory for X number of the days OR for a predetermined (15 mins) amount of time for advisory??

Triangulation: As a rule of thumb in the office, when a student asks one of us something (usually permission to do something) we always check around to make sure that it isn't a case where "Dad said no, so I'm going to Mom to see if she will say yes". They are smart kids, so 9/10 times that is the case. Please also do this as recently we have had multiple situations where this has occurred. What ends up happening is the line gets drawn as to who the good cops and the bad cops are (for lack of a better term). Most of our kids have parent figures who are absent, unstable, and unpredictable. We want to create a sense of safety for our kids by being united as a staff as evidenced by predictability.

In regards to ISS, we probably need a better system for ensuring that triangulation does not occur. Possible solution: Mark or Melissa would champion that decision--discussions would happen between advisor and Mark/Melissa so that when the student gets any info from a staff member it is the right info--consistent, predictable, and fair.

Ok, sorry for that book. Hope that helps get the conversation going so that we can all land on a solution that will help restore accountability and likewise remedy some of our issues! Please make sure that Mark and/or I are around when you discuss this! 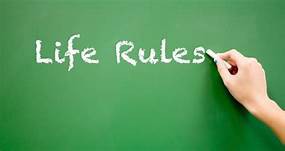 After a LOOOOONG week and even longer for some kiddos, don't underestimate the power of norming our building! Please take some time on Monday to revisit simple expectations. They all KNOW what they are to do, but it's easy to FORGET especially when they haven't been in practice.

Follow Lori Streu
Contact Lori Streu
Paste in your blog/website to embed.
Aa Aa Aa
High Contrast Mode
Use the box below to choose the language: