Buddhism was founded in India about 2,500 years ago. Buddhism remains the dominant religion in the East, and is becoming more popular in the West. Over its long history, Buddhism has grown into a variety of forms, but each form shares respect for the teachings of the Buddha.
For those who don't know, the Buddha was the founder of the religion, as I'm sure you can tell in the name. The Buddha lived in northern India around the fifth century BCE. The Buddha also means the "Enlightened One." But the Buddha wasn't his actual name, it was Siddhartha Gautama. Siddhartha left his home at a young age to look for answers about life in general. He wanted to free his mind from daily concerns, he did this by not washing himself, fasting, and meditating. According to the legend, Siddhartha spent six years wandering throughout India. Until he found a tree close to the Ganges River, near the town Gaya. There, he sat down under a tree and meditated for several weeks. Siddhartha had finally found the answers he was looking for, so he spread his ideas to five of his former companions. Creating his new name, (The Buddha) and a new religion that he started to spread across northern India.

Siddhartha Gautama, (The Buddha) learned a lot about life. He thinks that human suffering comes from three things:
1. Wanting what we like but do not have,
2. Wanting to keep what we like and already have, and
3. Not wanting what we dislike but have.
At the heart of the Buddha's teachings were four guiding principles. These became as the Four Noble Truths.
1. Suffering and unhappiness are a part of human life. No one can escape sorrow.
2. Suffering comes from our desires for pleasure and material goods. People cause their own misery because they want things they cannot have.
3. People can overcome desire and ignorance and reach nirvana. (a state of perfect peace) Reaching nirvana frees the soul from suffering and from the need for further reincarnation.
4. People can overcome ignorance and desire by following an Eight-Fold Path that leads to wisdom, enlightenment, and salvation.
This is the Eightfold Path.
1. Right Thought, Believe in the nature of existence as suffering and in the Four Noble Truths.
2. Right Intent, Incline toward goodness and kindness.
3. Right Speech, Avoid lies and gossip.
4. Right Action, Don't steal from or harm others.
5. Right Livelihood, Reject work that hurts others.
6. Right Effort, Prevent evil and do good.
7. Right Mindfulness, Control your feelings and thoughts.
8. Right Concentration, Practice proper meditation.

Who is the leader of Buddhism? Siddhartha Gautama, or the Buddha was the leader of Buddhism.
Do they worship in a group? Where? Buddhist followers can either worship at home or at temples, but it's not essential to worship with others.
Do they have a sacred text? What is it? Buddhism had a couple of sacred texts. Most say the main one they used was Sanskrit, but sometimes they spoke Dharma.

1. Buddhism was one of the oldest religions ever known, it was founded in 520 BCE.
2 .Buddhism is the fourth largest religion worldwide.
3. Siddhartha Gautama was only about 35 years old when he found enlightenment under a tree. 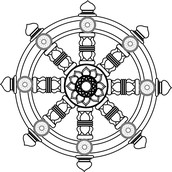 Some of the language Sanskrit! 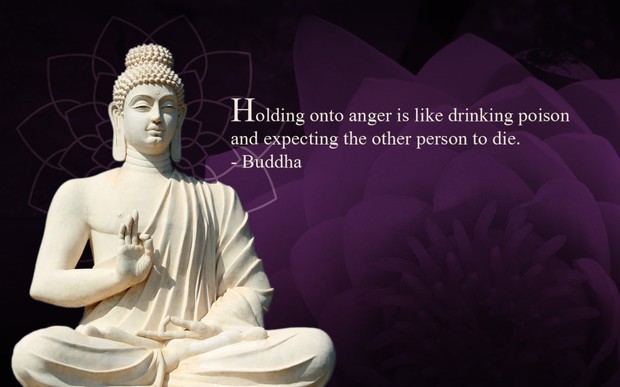