The De Soto High School Cross Country team competed in the 2021 United Kansas Conference Championship Thursday in Leavenworth. Both the varsity girls and boys teams were crowned UKC champions, beating all five other teams in the conference. The girls have now won three straight UKC titles and the boys have won two-in-a-row. Sophie Landrum was the individual champion in the varsity girl’s race, defending her individual title with a new personal record time. Additionally, coach Jack Sachse earned both girls and boys UKC Coach of the Year! Congratulations.

Wednesday, October 20th will be a busy day at DHS. Sophomore and freshmen students will take the Pre-ACT in the morning, then attend 4th and 5th block classes in the afternoon. Most of the junior class will visit a postsecondary institution - either Baker, Emporia State, Kansas University, Kansas State, Missouri Western, JCCC, KCKCCtech, UMKC, or Washburn. If your student has yet to turn in a permission slip (due October 14th), they can be found on our Student Services website.

The end of the first quarter of the school year was October 14th. After teachers submit quarter 1 grades, they will be posted to Skyward on October 22nd.

Regular school attendance has a significant impact on the success of our students. As we continue to work with students with excused absences from school as a result of the pandemic, we have also noticed an increase in the number of unexcused student absences. Several important reminders regarding attendance are included in the GROWL below. Thank you.

Semester final exams are scheduled to begin Monday, December 13th, and end Thursday, December 16th. Winter Break begins on December 17th. For the purpose of consistency, clarity, and the importance of finals, if students have to leave town prior to and/or during finals week, they will need to work with the teacher to make up the final within two weeks of their return (not before).

Thanks, and Go Wildcats! 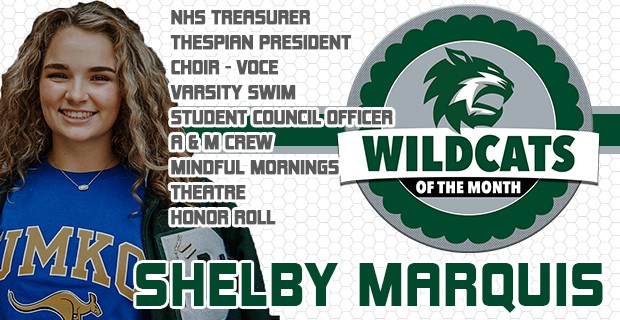 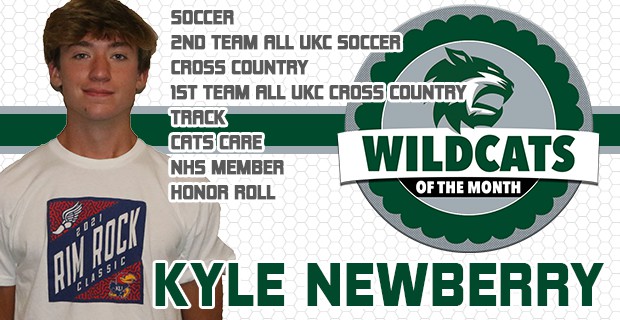 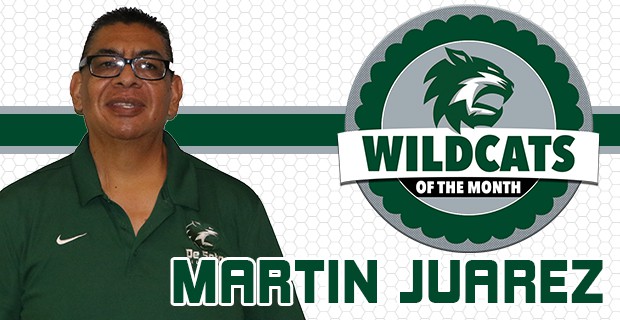 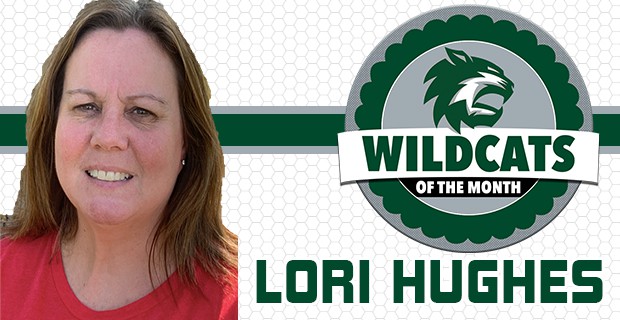 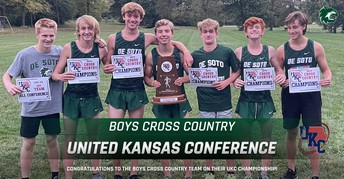 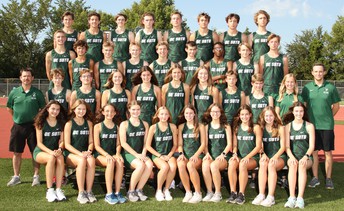 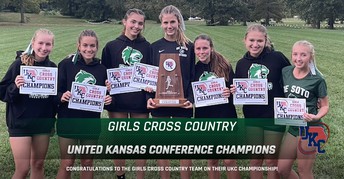 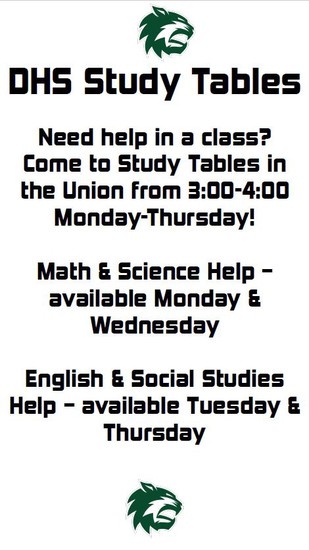 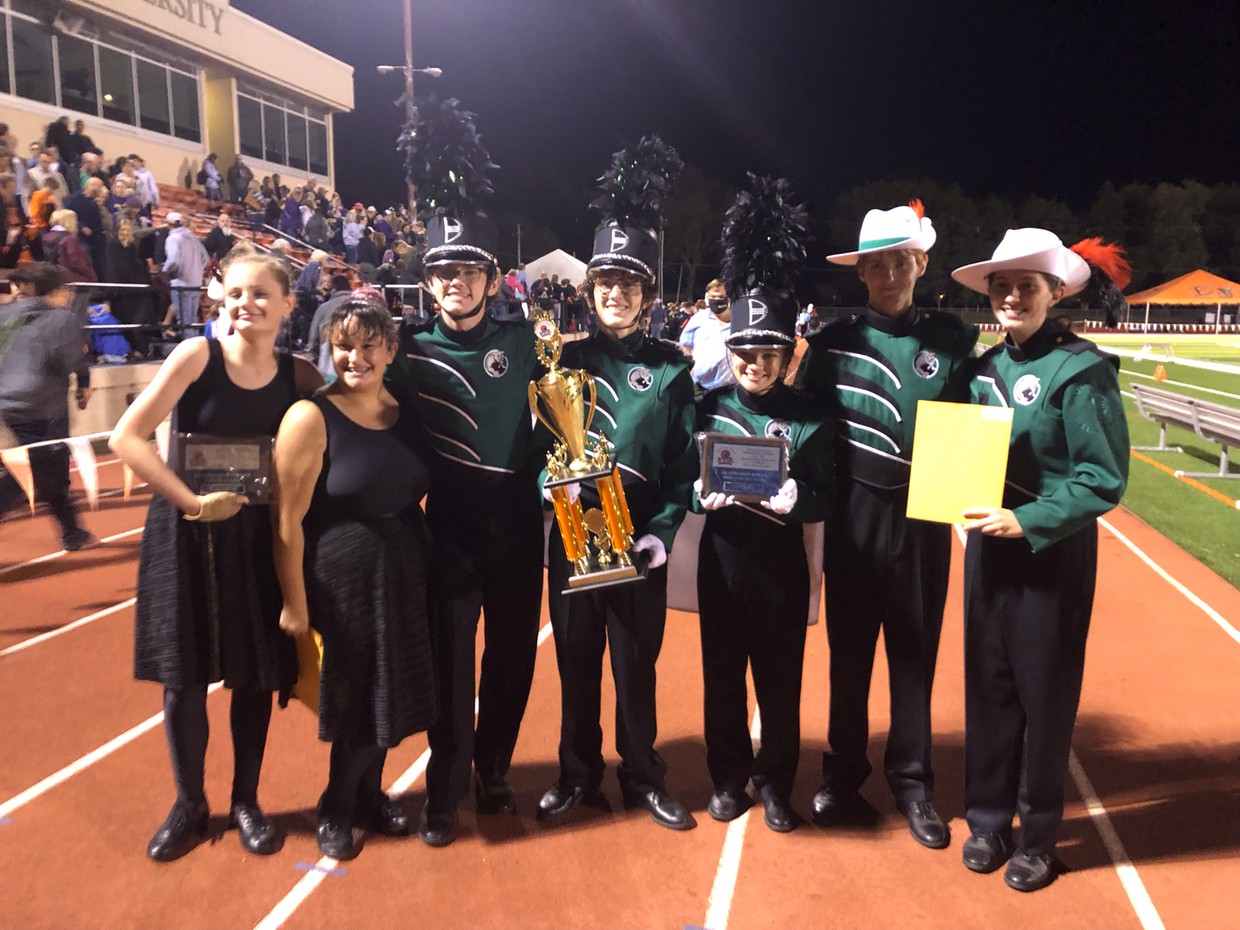 Regular attendance is required of all pupils enrolled in elementary and secondary school under Kansas compulsory attendance statutes. It is a parental responsibility under Kansas statutes to require the regular school attendance “of any child who has reached the age of seven (7) years and is under the age of eighteen (18) years,” unless the child is exempted by statute.

The State of Kansas delegates to the Board of Education the responsibility of determining reasons for excusable absences.

The following are reasons for excusable absence:

1. Personal illness. A physician’s note will be required for chronic absenteeism.

2. Serious illness or death of a member of the family or close friend.

3. Obligatory religious observance of the student’s own faith.

4. Participation in a school-approved activity.

5. Physician or dentist appointments that can be verified by appointment card.

6. Court appearance that can be verified through court services’ officer.

7. Verifiable, emergency situations requiring immediate action at the request of the parent. Limit of five.

8. An absence that has been requested in writing and approved in advance by the building administrator.

Parents will be notified after five, and then again after ten absences making them aware of their student’s attendance record. A student who is absent from class or school without an excusable reason, as outlined above, will be considered unexcused. An unexcused absence for one or more classes will receive disciplinary consequences and credit may not be given for missed classes.

1. Parents or legal guardians are requested to call the 24-hour attendance voice mail line (913- 667-6259) on the day of the absence. If a call is not received the day after the absence, the absence may be considered unexcused.

2. A telephone call will be required each day the student is absent unless prior arrangements have been made.

3. When reporting an absence, the parent or guardian should give the following information: • His or her name and relationship to student • student’s name and grade in school (please spell the name) • reason for absence • the date and hours of absence

4. Upon returning to school the day following an absence, the student should go directly to class. If there is a question about the absence, the Main Office will contact the student.

Note from the Counselors:

It has been great to see our students in the building the past couple of weeks! All students should have full schedules and the deadline to request any schedule changes has passed. We are excited to get to know all of the students in our alphabet this year! Contact information for counselors and our social worker is below.

Senior Meetings: Counselors are now meeting individually with seniors to discuss plans for after high school. Some of the topics included in the discussion are: Post-Secondary options, How to Apply to Colleges, FAFSA Information, Scholarships, Transferring Credit from JCCC, etc. We have included some helpful links below to resources we reference in our meetings.

Upcoming Deadlines for University Scholarships: Seniors who apply for these schools by the deadline listed will be considered for scholarships that are typically based on high school GPA and ACT scores:

Individual Plan of Study (IPS): Every DHS student will have a completed Individual Plan of Study upon graduating De Soto High School. Students complete different IPS lessons approximately twice each month during seminar. Xello is the platform for IPS and contains all kinds of important information, specific to each student including career matches, personality styles, skills, interests, saved colleges, saved careers, scholarships, etc. Students will review their IPS with their seminar teacher and their parents during spring conferences. This video gives a short summary of why IPS is important and gives students/parents an idea of what is to be expected.

Social Emotional Lessons (SEL): DHS seminars are now including SEL (Social-Emotional Learning) activities to help provide tools and resources for students. Upcoming topics include: analyzing emotions, goal setting, perseverance, and managing responses to emotions. The overall health and well-being of our students is important to us. If you are ever concerned about another student or your own, please don’t hesitate to reach out to their counselor or the social worker.

Quick Video Instructions on how to fill out the FAFSA

How to Create Your FSA ID

K-State Engineering is hosting events in our area for high school and community college students. Students can join us at 6:30 p.m. CT on —

Students will learn more about engineering degrees, scholarships, career opportunities and industry partners. We encourage all interested students to register at engg.k-state.edu/engineering-night.

The University of Missouri – Kansas City School of Medicine is pleased to share that the 2021-2022 Application for the Saturday Academy Program is now live. Saturday Academy is a free, educational program open to motivated middle and high school students in the Kansas City metro area. The program is geared toward students belonging to groups traditionally underrepresented in scientific careers including African American, Native American, and Latinx students. However, the program is open to any area student who is interested in attending and learning more about careers in health care. Sessions will run each Saturday from 10 a.m. to 12:30 p.m., in a hybrid format. The program will start with a virtual parent and student orientation on Saturday, October 16, 2021 and will conclude on Saturday, April 23, 2022. For more information please visit: https://med.umkc.edu/saturday-academy/ 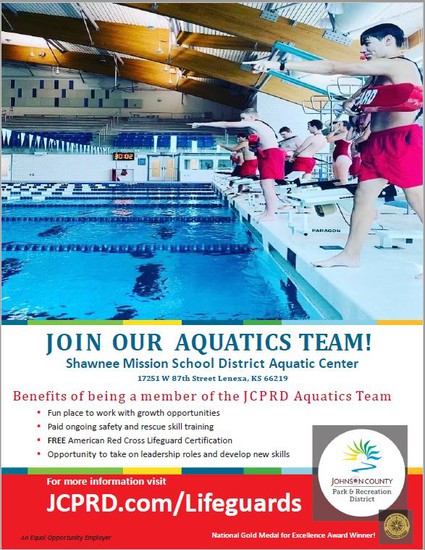 The state of Kansas is starting a new initiative called the Kansas Promise Scholarship.

Kansas Promise Scholarship is a “last dollar” scholarship that can pay for tuition, books and other Promise-eligible, course-related materials, not covered by other scholarships or grants. In exchange, students agree to work in Kansas for two years after completing their program.

Kansas Promise dollars subsidize middle or high-income students who might not qualify for federal and state aid to cover all college expenses. 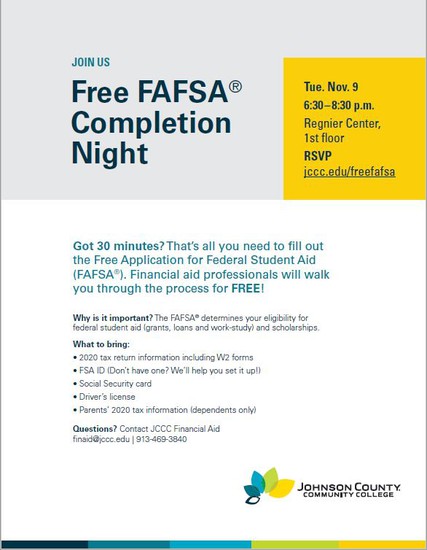 Updates from our Missouri Colleges and Universities!

· #1 public engineering college in the US

· Qualifying Kansas Students: out of state portion is waived (approximately $18,000) 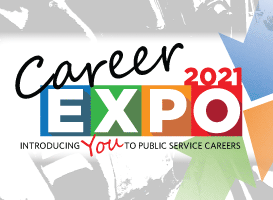 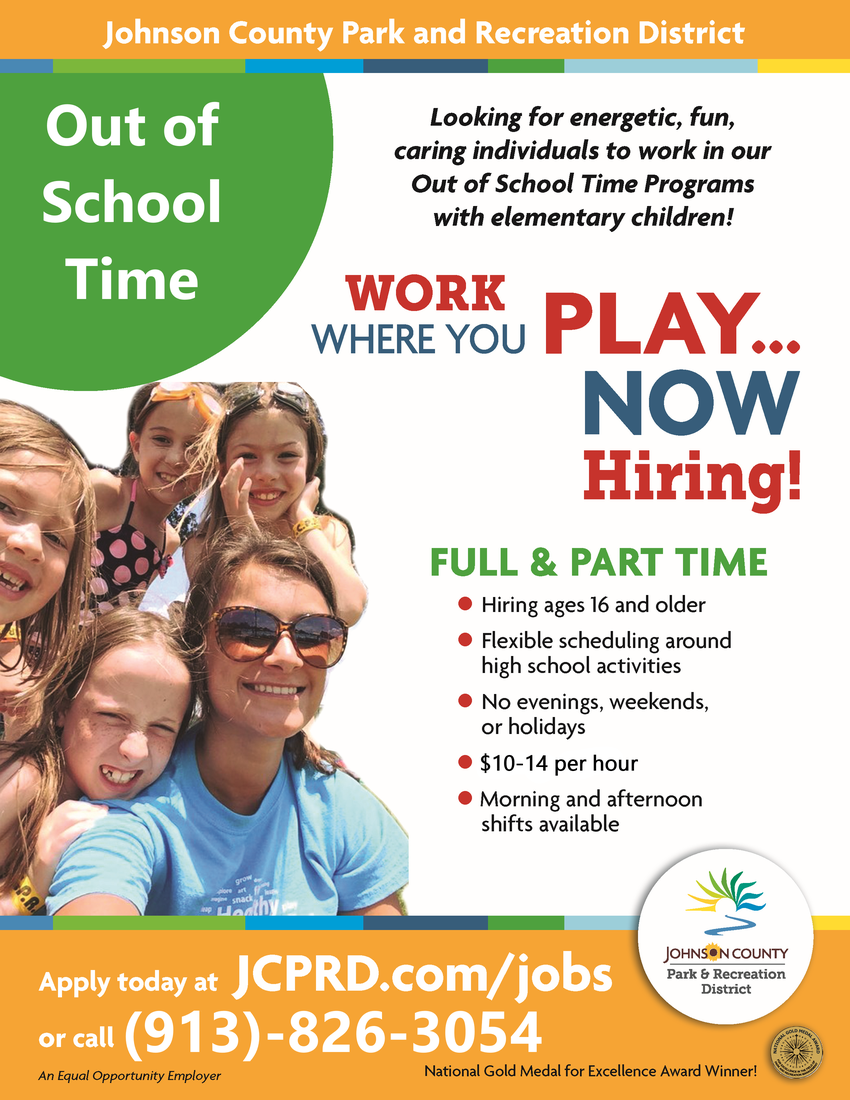 Notes from the Nurse

The State of Kansas requires incoming 11th graders to have one Meningococcal vaccine on or after their 16th birthday. Your shot record might say MCV, MCV4, MCV40, MCV4P, Menveo or Menactra or just meningococcal. All of these meet the requirement.

If your student has already had these vaccinations, please email Anne Lightcap, BSN, RN the shot record (mfarverlightcap@usd232.org). If you have already submitted a shot record containing this vaccine, you do not need to send it again. How can you check? From your desktop (it will NOT work on your phone), go to Skyward, then choose:

If your child has received any UPDATED immunizations since last Spring- please send these to the nurse at mfarverlightcap@usd232.org

If no changes to your current immunizations, I do not need another copy unless you are a new student or have been contacted by me about state required immunizations.

Click here for the latest on anything activities or sports related.

Caregivers today face new challenges their parents never faced, but we can address problems before they become too big. We can help parents take steps to prevent tragedies from happening within their own homes.

The videos will be available Oct. 4-21. Safety toolkits will be mailed to participants who participate in research on the videos and complete pre and post surveys. Follow the link for more info; 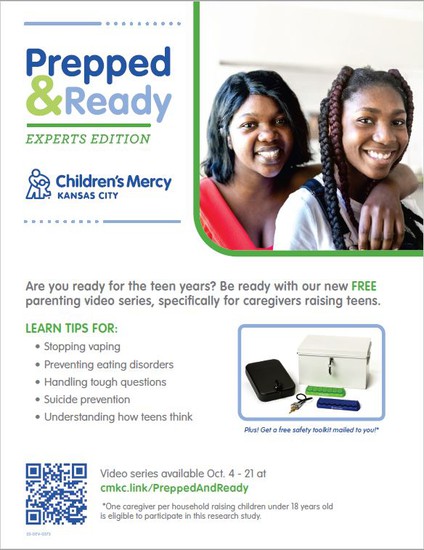 Click here to find out more on recent guidelines. 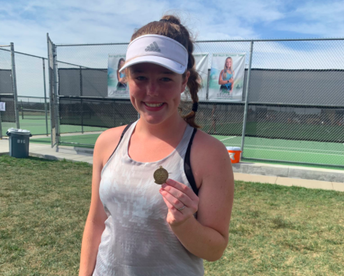 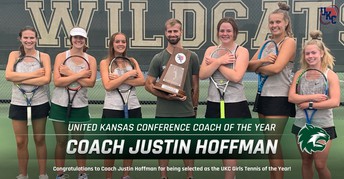 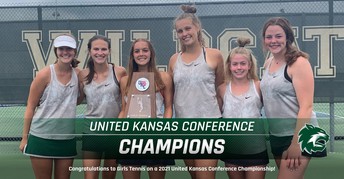 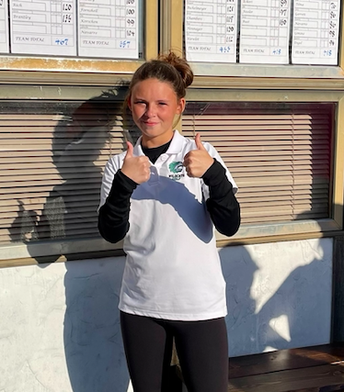 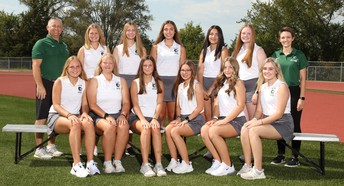 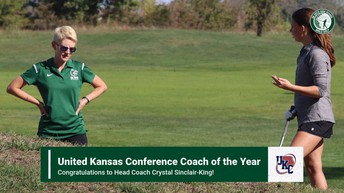