The January juice in 4H

The highlights of 4H's Juiciest January.

The January juice in 4H

The highlights of 4H's Juiciest January.

Our Northeast social studies unit shuts the door and finishes.

4H had a lot of fun in the northeast restaurant. We made brochures, took a test, and learned the states and capitals. After starting around December, we ended in the closing of January. 4H worked very hard making brochures on microsoft publisher and microsoft word. The 3 sections we included are the basics, settlers, and life in the NE. The basics are climate, plants and animals , and landforms. We explored the different sections of all the 3 catergories in our brochures. Fun facts are:

Here are the states and capitals of the NE: 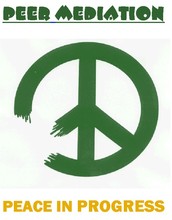 4th grade learns the core of the apple- peer mediation.

Central school's 4th grade went to Grace Church, and learned how to be a peer mediator. We had lots of fun with Mrs. Black and Mrs. Miller. 4th grade divided into color groups to make some nice skits, posters, learn how to treat others nicely, and to learn some new sweet apple vocabulary. We have the choice of being peer mediators.

4H reached their goal of 100 terrific tickets! We now get to have a treat.

4H is having fun in rocks and minerals science unit!

4H has been recently working with minerals and rocks in science. We have been observing them, and writing down our observations. 4H has been having a super fudge time!

We just finished our persuasive essay and began a new unit.

4H just finished their persuasive essays. Now we are starting our new unit, on litterary essays! Delicous! This is a picture of our shining star board with our stories on it.

Our one and only hot chocolate sale!

On Febuary 2, 2015 the 4th grade hosted a hot coco sale. Each class had their own job, and ours was marketing. We did tasks such as, making posters, and dressing up as marshmellows. Becca, Maggie, and Libby looked nice and fluffy, thanks to Ms. Glazer, who cleverly made fabric into them. We had a successful sale, 4H says. Thank you to all that helped!!

Follow Jessica Miller
Contact Jessica Miller
Paste in your blog/website to embed.
Aa Aa Aa
High Contrast Mode
Use the box below to choose the language: