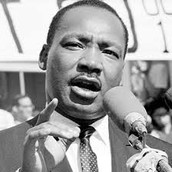 "My friends, I must say to you that we have not made a single gain in civil rights without legal and nonviolent pressure. "

LUTHER BREAKS DOWN THE STEPS OF A NONVIOLENT CAMPAIGN 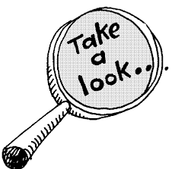 The first thing that Luther mentions is getting the facts. "1) Collection of the facts to determine whether injustices are alive". To Luther, this is an important step because one must find all the things that are wrong, so they can be made right.

Luther states that the next step to a nonviolent protest is trying to negotiate a way around the conflict. "Nonviolent direct action seeks to create such a crisis and establish such creative tension that a community that has constantly refused to negotiate is forced to confront the issue." Luther tries to explain to his reader that negotiation should always be a first resort, but the oppressed and their enemies can not come together to work things out, when they are not open to what the other has to say. For this reason, Luther says negotiation will not always work.

The third step that has to be done in order to create a nonviolent campaign, is self-purification. Luther explains this as the step where learning begins and new information has to be found, in order to decide if the individual is willing to fully engage. "Are you able to accept the blows without retaliating? Are you able to endure the ordeals of jail?”, these are the sort of things that start to build the basis of a protestor.

The final step that Luther mentions in his letter is direct action. Luther even mentions why direct action comes after negotiation, "direct action seeks to create...such creative tension that a community...is forced to confront the issue." Luther lists several events that have taken place against African Americans and integration, and he responds with "...then you will understand why we find it difficult to wait." The rhetoric listing shows that the oppressed are tired of repetitive, violent brutalities, and they must do their best to end it. 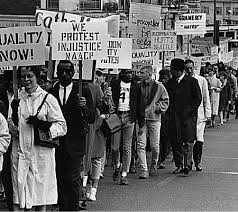 Many other devices are used in Luther's letter, such as rhetoric reasoning and the use of pathos.

Luther uses a category in his second paragraph on the second page to the show the reader multiple examples of hurt and sorrow for the oppressed. This paragraph is a rhetoric device that is used to inform the reader of the mistreatment of African Americans.

In the letter there is a great amount of pathos used, because Luther shows a sense of tiredness and defeat, so he tries to sway the reader to feel the pain that he has been through. One example of pathos used is seen at the end of Luther's list where he states, "when you are harried by day and haunted by night by the fact that you are a Negro, living constantly at tip-toe stance, never quite knowing what to expect next, and plagued with inner fears and outer resentments; when you are forever fighting a degenerating sense of “nobodiness”—then you will understand why we find it difficult to wait.”