Eleanor is using Smore newsletters to spread the word online.

Get email updates from Eleanor:

Ellen Degeneres, she is quite amazing. From an early age she had self-confidence. This quality helped a young Ellen execute an unprepared performance in high school which led her to the next stepping-stone in her career. She was very brave about doing some things, and she just went ahead and did them, and that was vital to her success. After several years doing stand-up at clubs all over the country behind her, Ellen was invited to appear on the Tonight Show hosted by Johnny Carson. Ellen starred in her own sitcom called “Ellen,” which became a huge success but was canceled after she came out on the show as a lesbian. Following the show Ellen made a public announcement on the Oprah Show that she, herself, was lesbian, and could not find work for up to three years after. On the Oprah Winfrey show Ellen said “It was scary and crazy and what came out of listening to what I had been saying to myself was, ‘Would I still be famous, would they still love me if they knew I was gay?’” she said. “And my fear was that no, no they wouldn’t, and then it made me feel ashamed that I was hiding something. It made me feel ashamed that I couldn’t feel honest and really be who I am, and I just didn’t want to pretend to be somebody else anymore so that people would like me.”When she seemed she had lost is all she picked herself back up. Ellen persevered and eventually started The Ellen DeGeneres Show in 2003. Something that has been vital to Ellen’s success is her positivity. Part of the reason why so many people love her is because of her positive energy and because she is real. Whoever dreamed that her career would just be so wonderful? When at one point, when she came out on her sitcom, she basically lost her career. But she didn’t stop, she didn’t give up. She picked herself up and never stopped dreaming. 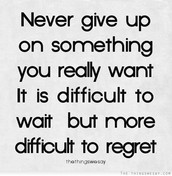 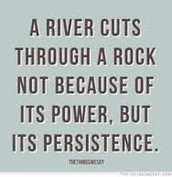 The problem in the circumstance is with Leroy and Dartanyon. They have huge issues that you can’t ignore and when the film crew first came to see Leroy and Dartanyon they did not know what was going to happen in the upcoming years. Leroy lost his legs after he was hit by a train in Akron Ohio 8 years ago when he was walking to school. His backpack was caught by one of the passing train cars and he fell under the train. Dartanyon is legally blind. He was born with Leber's disease which has caused him to be severely near sighted his entire life. When they finished filming 4 years ago both Leroy and Dartanyon had graduated and they were walking into uncertainty. Once they had aired the show Lisa started getting emails saying that they wanted to donate to help send both Leroy and Dartanyon of the college. Later Lisa left her producing job and help Leroy and Dartanyon. I think that Lisa was definitely the solution in both Leroy and Dartanyon life. Then Leroy and Dartanyon were invited to the Olympic training center in Colorado and this changed Dartanyon’s life. In February of 2010 he moved to Colorado to start focusing on his new sport judo. He wanted to become a Paralympian in his new sport. Leroy became a full time college student at Collins College in Phoenix, Arizona. He went there to study video game design. Before he went off to college he told Lisa that his girlfriend was pregnant. Lisa thought that it was over but he was determined to be the father that he never had. Dartanyon was trying to earn a spot in the 2012 Paralympic games in London while Leroy was faced with the new challenge of fatherhood. Dartanyon won his weight division and he was going to London. Lisa got Leroy to London to see Dartanyon and be there for him. Dartanyon earned the bronze medal. As Lisa had said you can never count them out I think that they both proved themselves and Lisa changed there whole life and I truly think that she was there missing piece or there “solution”.

The story “Waiting for normal” centers on twelve-year-old Addison “Addie”. When she was three her father died, and Addie was left in the care of her unstable mother. Addie welcomes her mother’s decision to marry Dwight, who becomes a balanced and reliable part of their lives. Over time, Dwight and Addie’s mother have two more children. Dwight takes good care of the family. Addie has come to expect that good things do not often last when it comes to her mother. Her mother asks for a divorce and demands that Dwight move out of their house, and then she disappears for three days. Addie must care for the two younger sisters. Over time, Dwight is able to obtain custody of his two girls, but not Addie. Her mother manages to lose their house and they must move into a trailer. Addie perseveres and befriends the people who live next door and operate a gas station. She begins to learn to read music and plays the flute in an attempt to perform in her school’s orchestra. She struggles with dyslexia, but does not allow this deficiency to stand in her way. Dwight also makes an effort to regularly visit with Addie and bring her two sisters. Throughout this upheaval, Addie struggles to maintain a “normal” life and a sense of optimism. Her mother’s erratic moods have become a fact of her life. When Addie accidentally sets the Trailer on fire, which leads Soula to call social services. Soon after, Soula dies of breast cancer, which causes Addie much grief. Social services briefly place Addie with her grandfather before she happily agrees to be adopted by her stepfather and his new fiancee. The novel ends with Addie living with Dwight and his family. 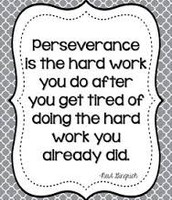 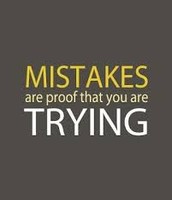 Sylvester Stallone went through many hardships to be able to be where he is today. He faced adversity throughout his whole life. Throughout his whole life he wanted to be in the movie business. He wanted to inspire people through his movies to overcome the obstacles that you are facing and to keep going. When he wanted to join the movie business he was rejected at over 1500 agent offices. Therefore this cause Stallone to change his approach. Stallone would not go out and find a different job even if it meant that he would go hungry. Stallone started writing and he wrote the whole movie Rocky in just 20 hours. His script for Rocky was rejected multiple times he finally met someone who loved his script. Therefore Stallone got offered 125,000 dollars. The person who had loved his script did not want Stallone to star in the movie as Rocky which caused Stallone to reject the offer of 125,000 dollars. They still wanted Stallone's script so they offered him 250,000 dollars for him still not to star in the movie and Stallone still turned down their offer. They made a final offer to Stallone of 325,000 dollars. Stallone still turned down the offer because he wanted to be Rocky and he was determined to be him. Finally they offered him 35,000 dollars for the script and for him to star in the movie. The movie Rocky only cost one million dollars to make but the made 200 million. Stallone went through so much to become what he is but he had a drive and he would not give up. Even though he went through so much struggle it all caused him to become stronger and in the end it all turned out good.

Both songs “Roar” and “Eye of the Tiger” have many differences and similarities. Some things throughout the songs are very similar and some things are very different. “Roar” I think is a lot about believing in yourself loving yourself and believing what your heart tells you. It is a lot about inner strength and some keywords are “zero to my hero” which I think means going from not believing in yourself to becoming your own hero with lots of confidence. “Eye of the Tiger” I think is more about no matter what keep going no matter what other people think. I think that there overall message is don't stop fighting for what you want and to not let go of your dreams until you have got them. the song it states “passion for glory” and “always strong” and I think both of these mean to never give up and stay strong no matter what obstacles you might have to overcome. The songs are both former to each other in many ways. In both songs that talk about taking chances, being a fighter, not holding back and being a survivor. They talk about keep moving forward and never hold back. I think that both of the artists wanted the songs to have a strong powerful message for the viewers to take with them throughout their everyday life. Both songs have a great message and they have many things in common and many things that are different.

Eleanor is using Smore newsletters to spread the word online.