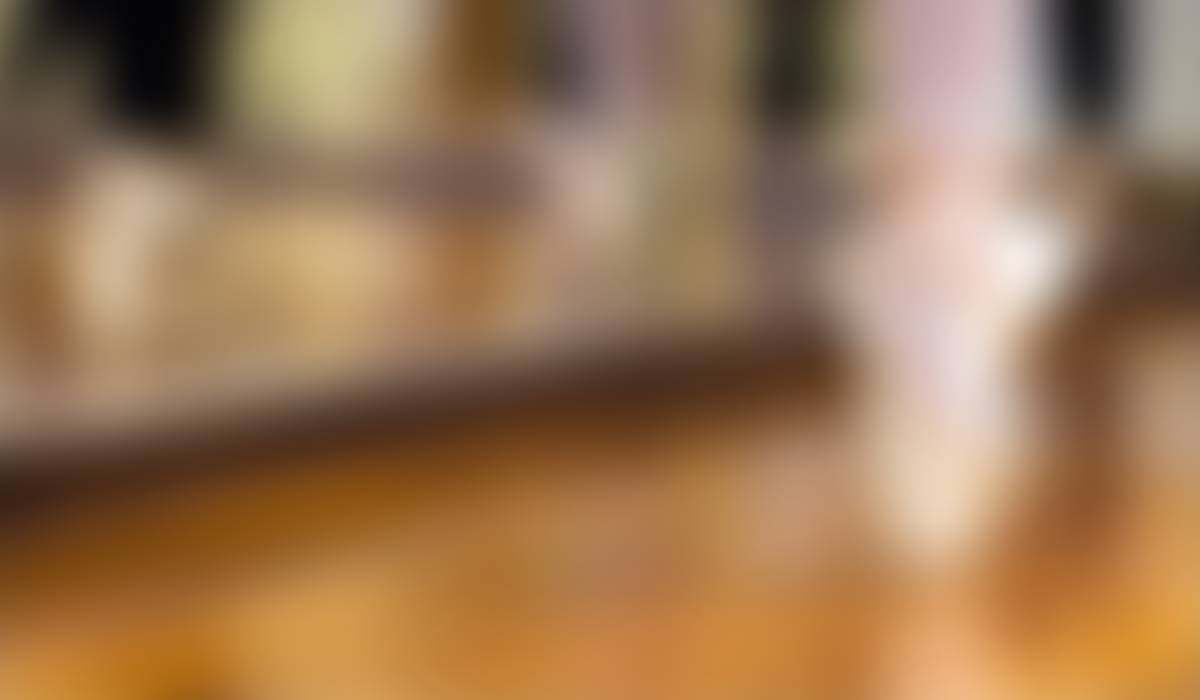 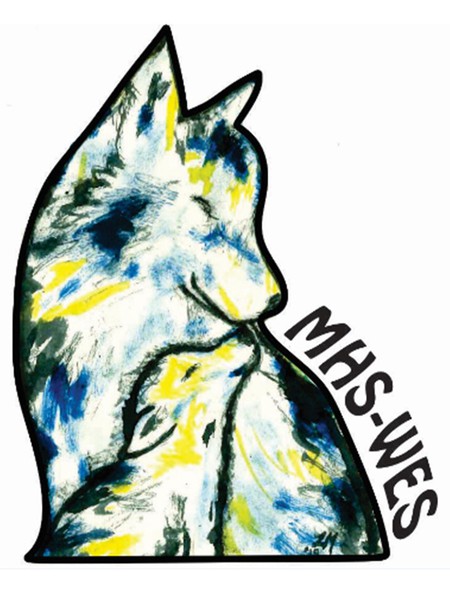 November is a wonderful time of year to reflect on the many amazing things happening around us. At MHS/WES we are incredibly appreciative of our community's support. Last Friday's Boosterthon Fun Run was a very special day for our school community. The smiles, laughter, and cheers brought so much joy to our schools. Thank you to our PTO (especially Cari Schleyer and Amberly DiBennedeto who were here everyday), and to all of our volunteers and donors that helped make this event such a success. We are overwhelmed with gratitude for your dedication to our schools. 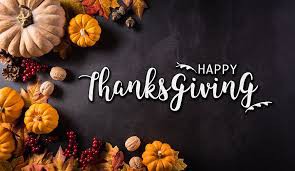 On Friday, we are scheduled to have a secure building lockdown/evacuation drill with the Westminster Police Department. The goal of this particular drill is to practice securing our classrooms and to make sure all students/staff know where to go in the event that we need to evacuate our buildings quickly. Drills like this help us prepare to respond quickly, calmly, confidently, and safely should an actual critical incident take place. Below is the order of events that will take place during the drill.

1) Administration will announce the start of the safety drill.

2) Students will be instructed to sit quietly as their teacher secures the classroom.

3) Staff and students will be instructed to calmly evacuate the building and head to our meeting place.

4) Staff will take attendance and will return to the building once we have the "all clear."

Friday’s safety drill should feel very similar to a fire drill where students quietly look to their teachers for instructions. We will not be discussing the various reasons why we may need to leave the building, only what our plan is should we need to leave quickly. Please reach out to Mrs. Taylor and Mrs. O'Brien with any questions. 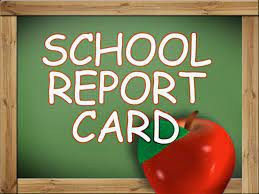 Beginning with the first trimester of the 2022-2023 school year, elementary student report cards will be made available to parents and guardians electronically via email and through an online portal. This portal is the same portal that is being used at the middle and high school level. Parents and guardians can use this portal at any time to retrieve their student’s report card.

Information on how to access the portal will be provided during the week of November 28th via email. Please be on the lookout for an email regarding PlusPortals during that time and please take time to set up your account.

If you have any questions regarding this, please contact edehays@awrsd.org. 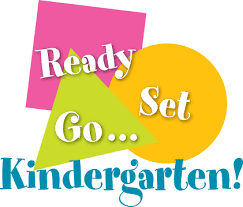 parent conferences. It is so important for us to connect home and school for these

young learners. Also thank you for your part in the Boosterthon! The Fun Run was a

huge success. Students had a blast participating and earning class and school

rewards! In the beginning of the year we spend a lot of time in kindergarten

community. While we always are working towards those goals, we are in full swing

with our curriculum. With our new CKLA program students are really grasping the

left to right progression we need for reading and writing. They are identifying and

hearing sounds in words. Students are tapping sounds and blending together sounds

Part of our Bridges math curriculum is Number Corner. This daily routine

includes our calendar, counting days in school, and collecting objects using a

spinner. This month students are collecting popsicle sticks. Students will use one to

one correspondence, practice adding, tallying, and grouping. Our November

calendar markers are 2d and 3d shapes. We have used many math manipulatives

and tools to keep the learning hands on and fun!

As the weather turns from cool to cold, please dress your child appropriately

as we go outside for recess often! 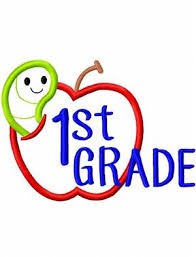 Thank you to everyone who came to parent conferences. We appreciate spending time with families discussing new curriculums and learning about your children. In math, students are learning about time to the hour and fractions. These are developmentally difficult concepts for children. They will need extra opportunities to practice these skills. The holidays are a great time to discuss fractions ( ½ the pie) and time (we are going at 1:00). Look for these teachable moments throughout your days at home. 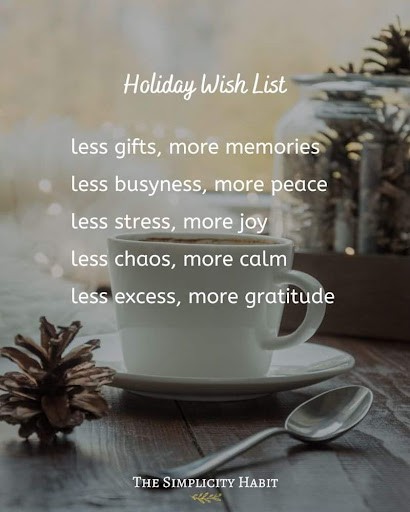 Greetings from your School Counselors!

The holiday season is upon us and although it is a wonderful time of year, for many it can mean added stress for the whole family. Our efforts to create special moments for our children can lead to an exhausting to-do list, extra events to be planned and coordinated, and an overall disruption to our normal routine. For co-parenting families, it can mean an altered custody schedule - making an already hectic time of year even more complicated.

If the adults are feeling stressed, chances are, the kids are too. So what can you do when the adults AND the children are feeling overwhelmed? Some things that might help to reduce the stress and give you an opportunity to focus on self care according to talkingparents.com are to prioritize, pause, laugh, and reflect with gratitude. 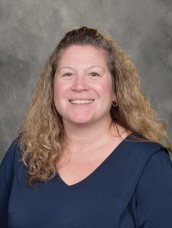 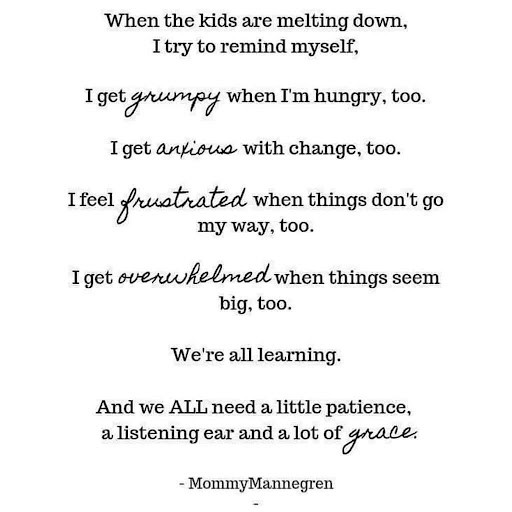 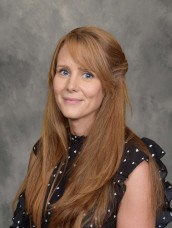 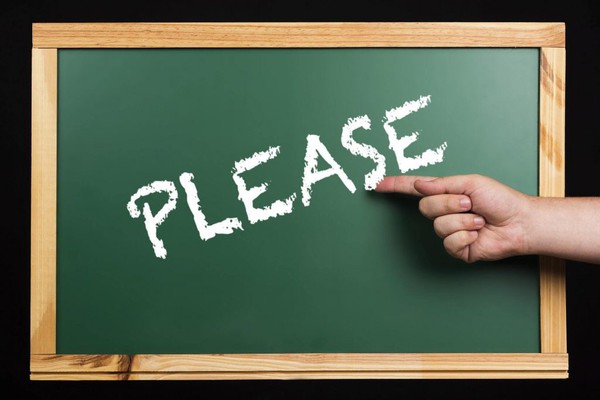 Please send notes to school if you are changing your child's dismissal in any way. If you choose to email your teacher please include either:

MHSoffice@awrsd.org if your child is in grades Pre K-1 or

WESoffice@awrsd.org if your child is in grades 2-5. 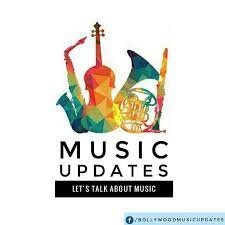 The music rooms have been VERY busy this fall, I’m excited to see our students working in music at all levels. Here's what has been happening as well as future events.

Grade 4 and 5 students have been in a unit on rhythm. Each student has been working with various notes and rests including whole, half, quarter, and now sixteenth notes. They are starting eighth note triplets as well as playing rhythm pieces on both keyboards and tubano/conga drums. They will soon start two and four part rhythms. Recently they learned about the composer Evourd Greig, Norway’s finest Composer. They also have been learning how to play a few short melodies (Morning Mood and In the Hall of the Mountain King) from his famous orchestra works.

Grade 3 students have made great strides in their rhythm unit as they can perform quarter notes/rests and eighth notes very well as they either clap or play tubano/conga drums. They also completed a unit on a classical composer named Sergei Prokoviev who was famous for the Peter and the Wolf, where they learned about a story from me, heard the orchestra version, and then saw a cartoon that was made to go with the orchestra piece from Walt Disney. They learned about several instruments in the orchestra.

Grade 2 students have made great strides in their rhythm unit as they can perform quarter notes/rests and eighth notes very well as they either clap or play tubano/conga drums. They also completed a unit on a classical composer named Paul Dukas who was famous for the Sorcerer’s Apprentice, where they learned about a story from me, heard the orchestra version, and then saw a cartoon that was made to go with the orchestra piece from Walt Disney. They learned about several instruments in the orchestra.

Grade K and 1 have been busy singing and learning motions to many songs including the ABC’s, Twinkle Twinkle, Happy Birthday (clapping and cha cha cha versions) the Animal Fair, Five Little Pumpkins, One Little Skeleton, and The Alphabet Tango. The 1st graders in particular learned a song with bean bags called Ti-De-Oh. Both grades have been working on echoing rhythms at drums as well. Other songs include the Oak Tree song, and Baked Potato.

A Band has been practicing on Thursdays from 3-4pm. They successfully performed their Spring Concert music at the Westminster Cracker Festival along with the WES Jazz Band. The A Band recently performed at the ORHS halftime show with the Oakmont-Overlook Marching Spartans as they learned about the Marching Band program. The A Band performed at the town Veterans Day Ceremony at the monument for Veterans of Foreign Wars on November 11 at 11am, where they performed the Star Spangled Banner and America the Beautiful. Our A Band is scheduled to play at the December 15 Holiday Concert.

B Band has had quite the sign up! There are over 50 brand new students in our Beginning Concert Band. Students have had lessons since the end of October. Rehearsals are on Fridays from 3-4pm in the cafeteria. Our goal is to learn numbers 1-53 for the Holiday Concert on December 15. Please make sure your child has a consistent experience by coming to lessons each week and B band each week. Also, they should be using their B Band Google Classroom to play along with all of the videos at home, so they can both practice songs they know and learn ones that they don’t know yet.

Chorus is up and running as they prepare for the Town Tree Lighting Ceremony on December 4 on Academy Hill, which starts at 5:30pm. All are invited to come and watch as a special guest will come and light the tree! :) Also, our chorus is gearing up for the Holiday Concert on December 15. Students should be bringing in folders/pencils each week to rehearsals.

Pancake Breakfast Fundraiser - On November 20 from 8-11am, The Westminster Lion’s Club will host a pancake breakfast at the VFW for our music department. All proceeds go directly to our bands/chorus programs to help fund needed equipment, music, supplies, etc. Tickets are $6 each at the door or we gladly accept any monetary donation instead of coming to the breakfast. Either way, we are grateful should you decide to support our program. We will be very busy that morning. If you are available to help us make/serve pancakes, please reach out to Mr. Lucander directly at klucander@awrsd.org. We certainly need help!

Cool Yule Kids - Advanced members of the A Band, have the opportunity to do extra performances by learning 11 songs from Christmas Favorites music packet. There is a Google Classroom with recordings that they must play along with during the performances. It also lists the dates of extra performances. Please take a look at it. All songs must be ready for the 7:30am rehearsal on Thursday December 8 if they are to participate. 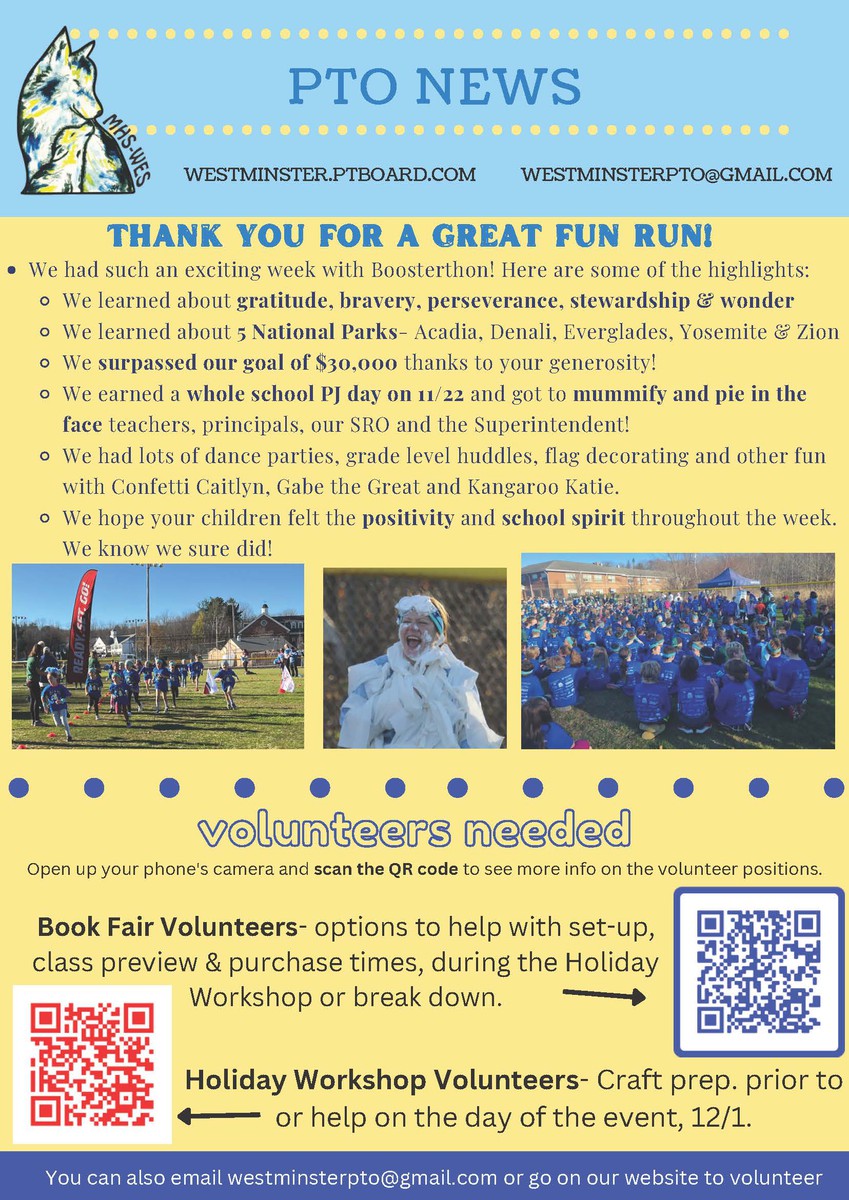 The Scholastic Book Fair is coming! SAVE THE DATE for 11/28 - 12/2 and get ready to empower your reader with book choice. Start exploring together: https://www.scholastic.com/bf/ 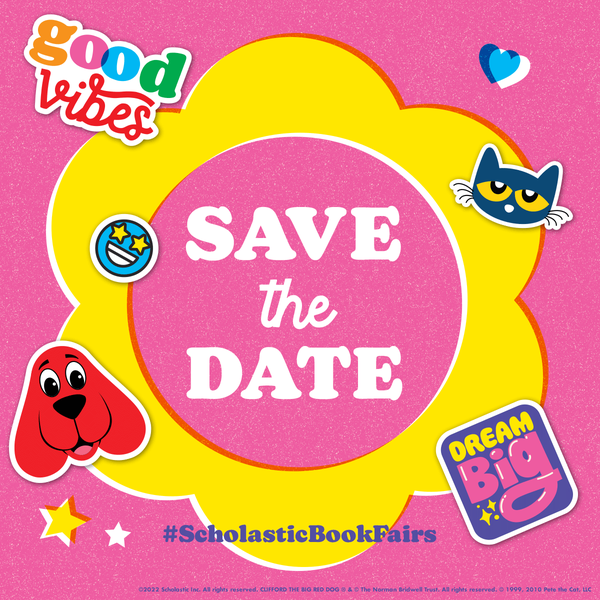 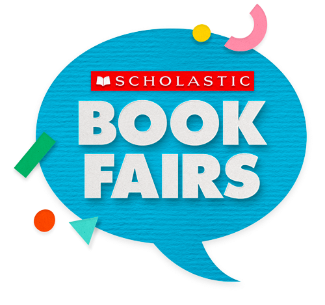 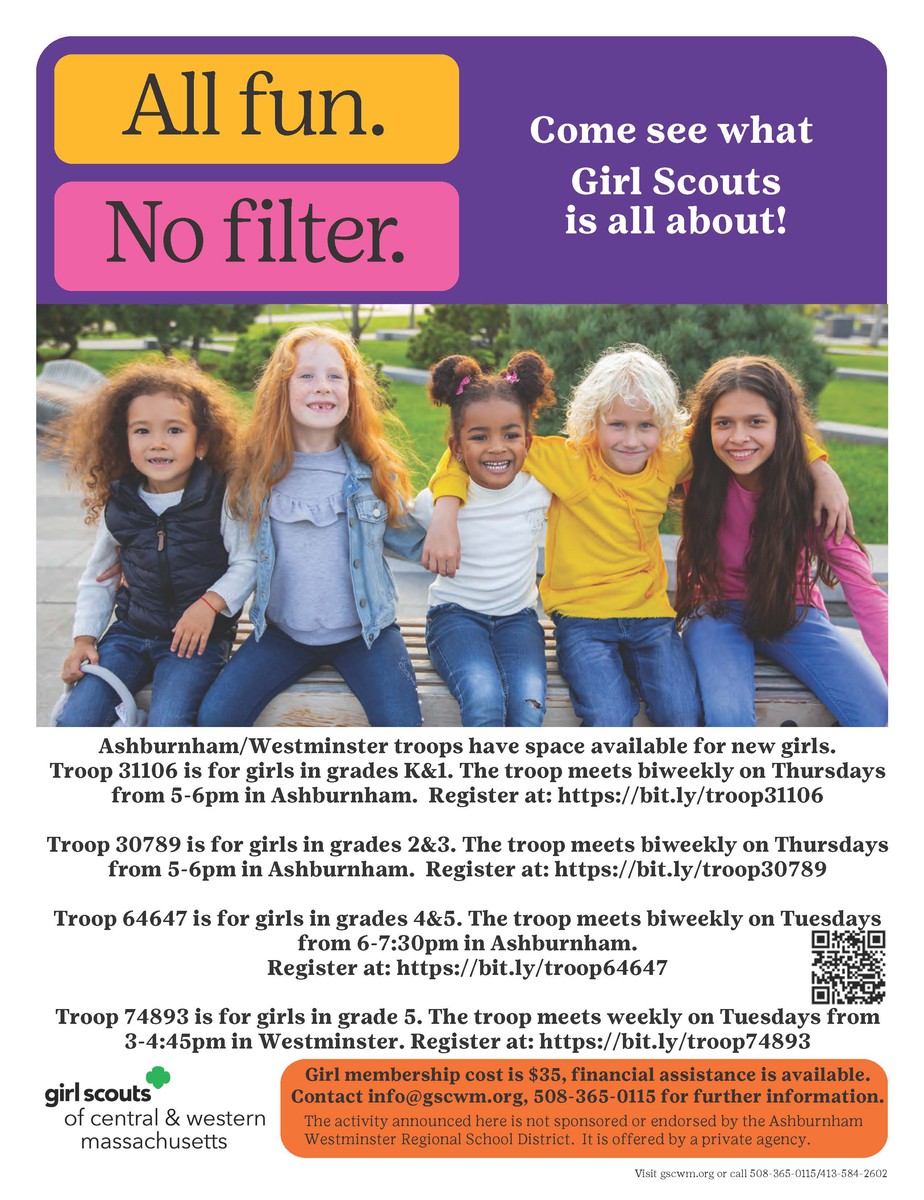 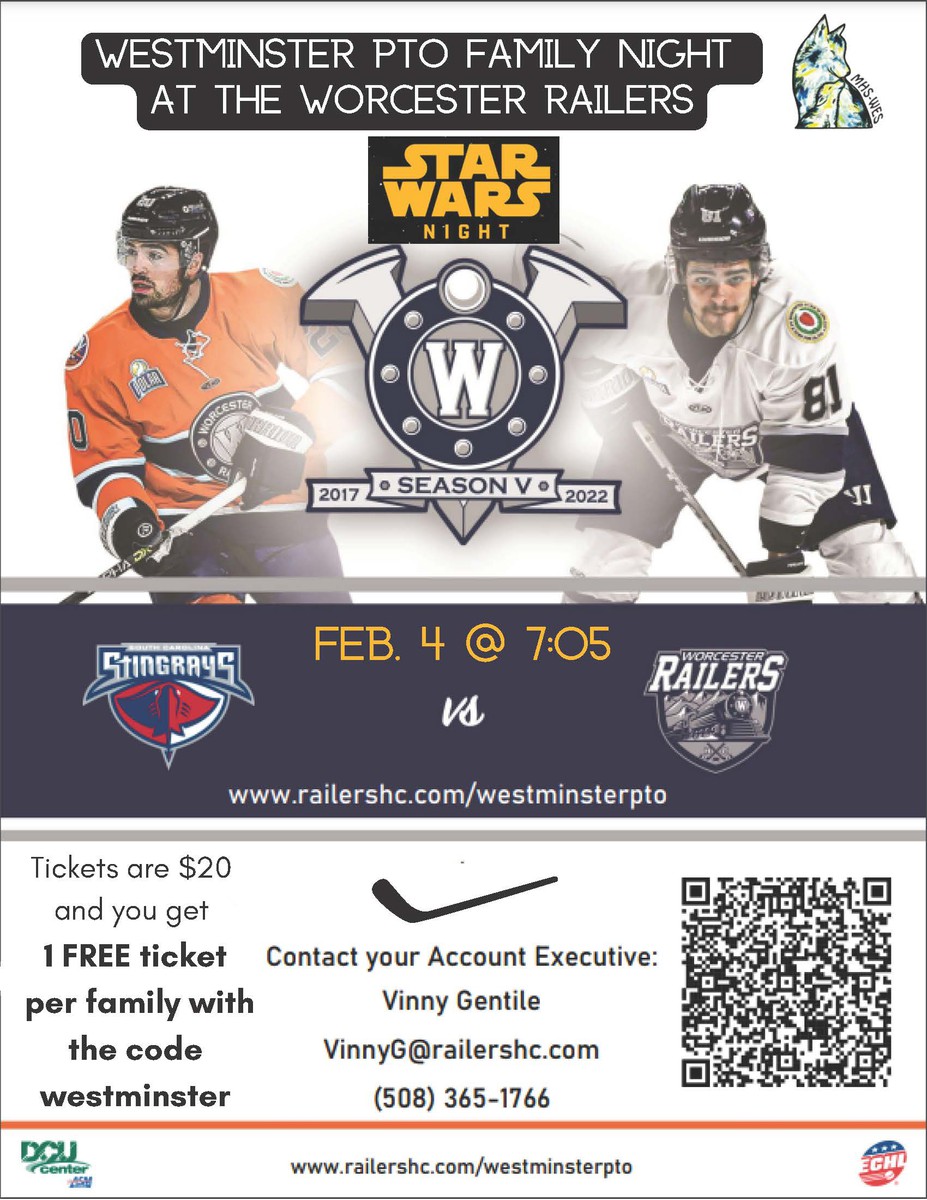 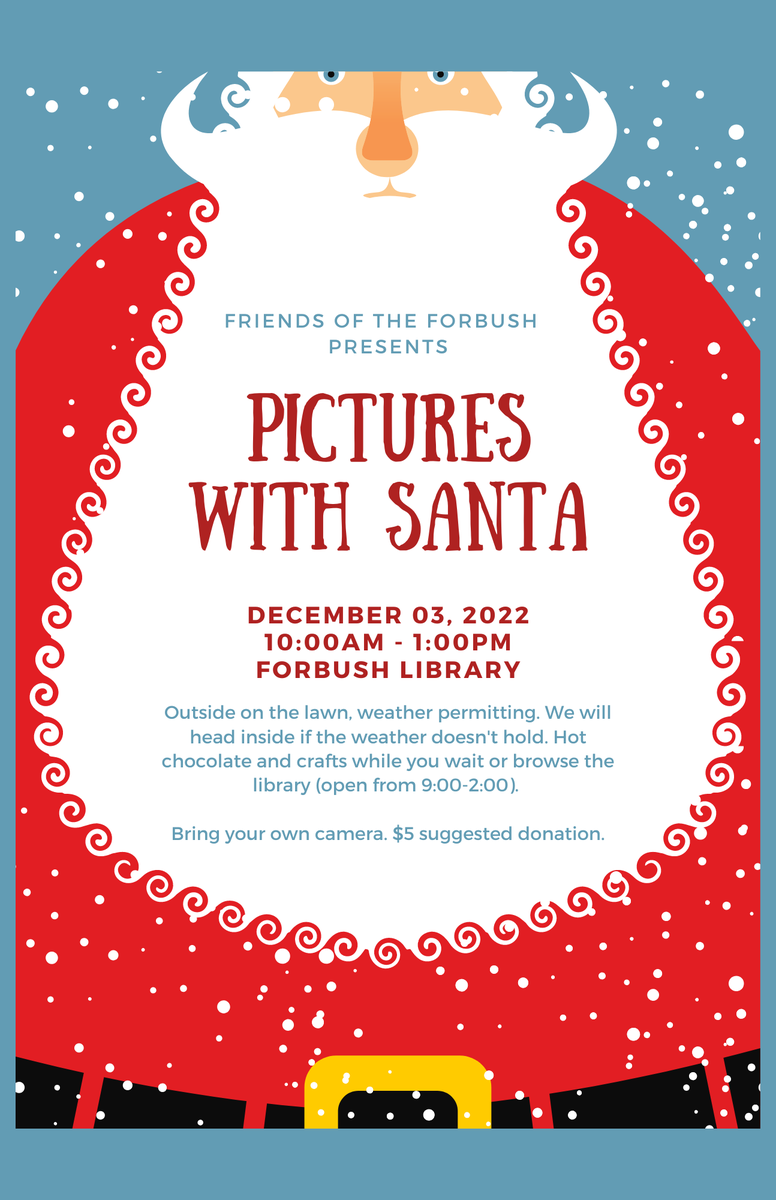 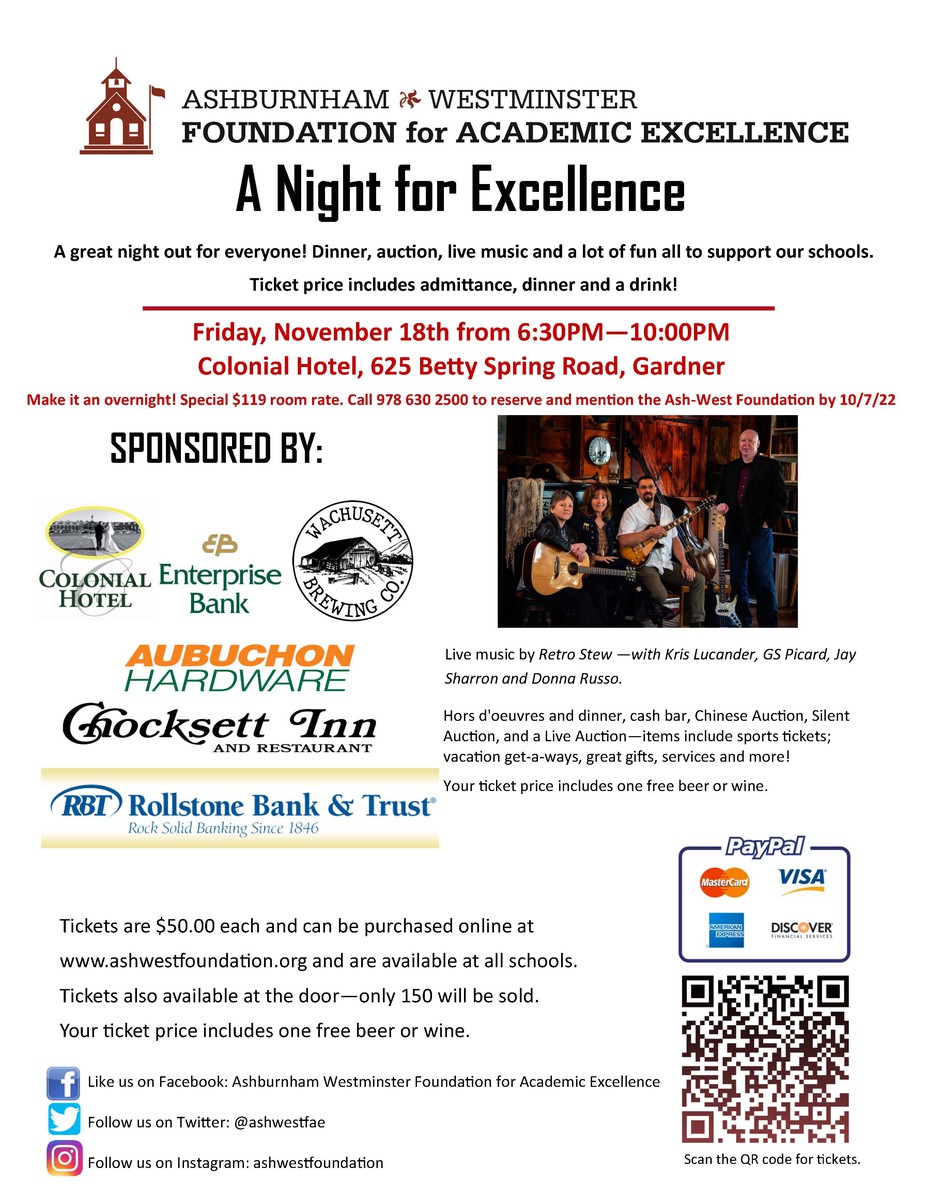 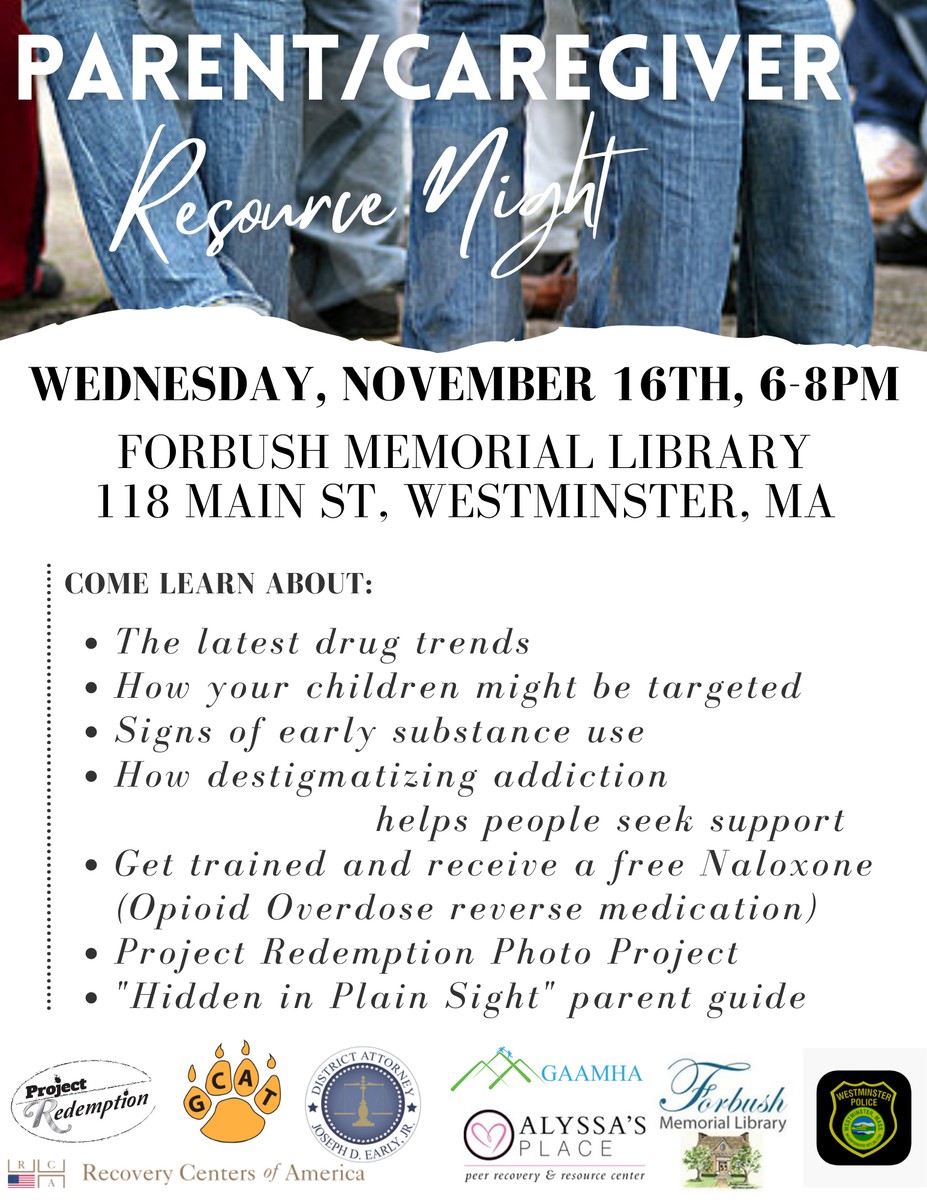 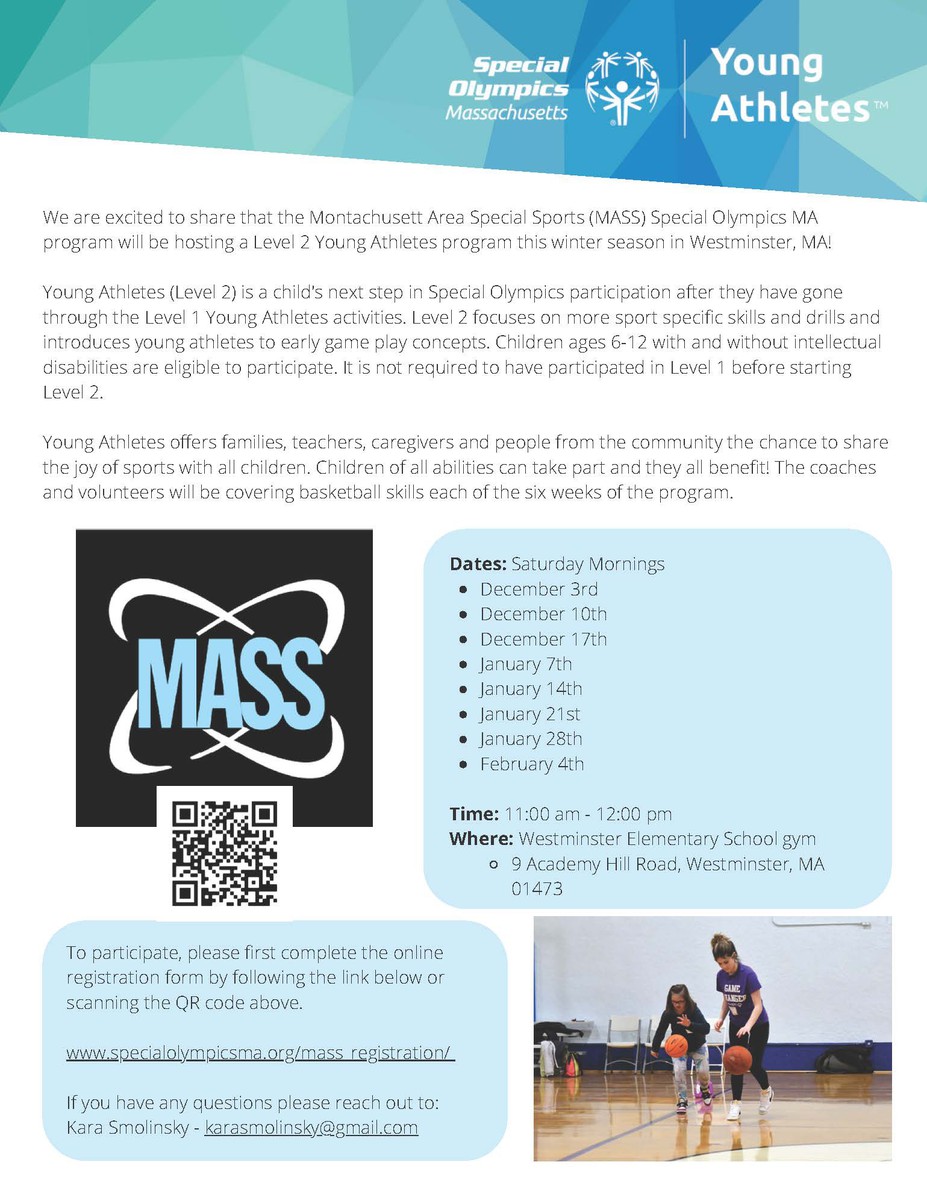