BAILEY AUDITORIUM has for generations been the site of memorable performances and events with an annual highlight being the high school's spring musical. But two years ago "Fame" was cancelled a week before opening night and there was no show last year, which makes tonight extra special. We have a look ahead to this year's production as well as other news and notes from around town. Like OneManchester? Click here to subscribe.

Looking For A Great Night Out?

Beautiful Belle is able to see beyond the Beast’s hideous exterior in this enchanting classic. Performances are tonight, Friday and Saturday at 7 p.m. at Manchester High. Tickets are $12 and available at the door. 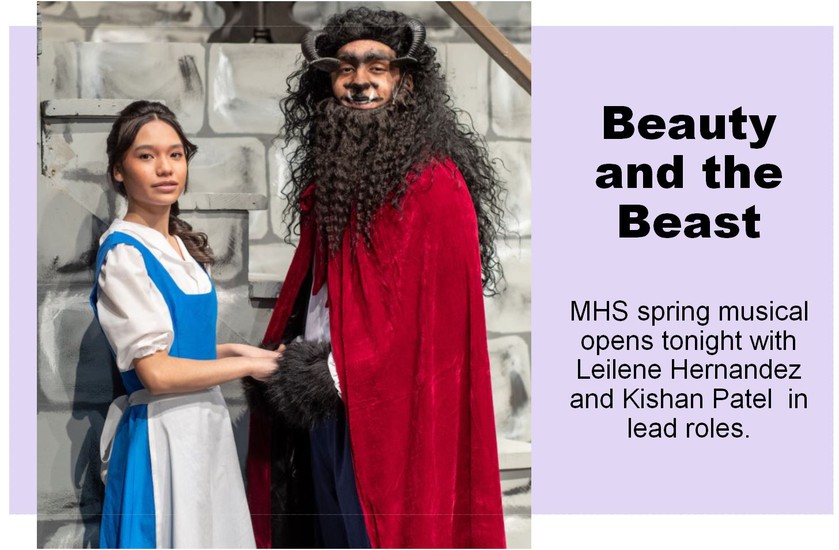 Scroll down for more photos from Wednesday's dress rehearsal.

With Snow Days Behind Us, A Revised Calendar

At Monday's Board of Ed meeting there were a few revisions made to the school calendar:

We'll have more to share in a letter to the MPS community soon.

In addition to OneManchester lots of our schools publish their own newsletters and just this Tuesday we sent out another Illing Insider and yesterday the latest Red Hawk Update. 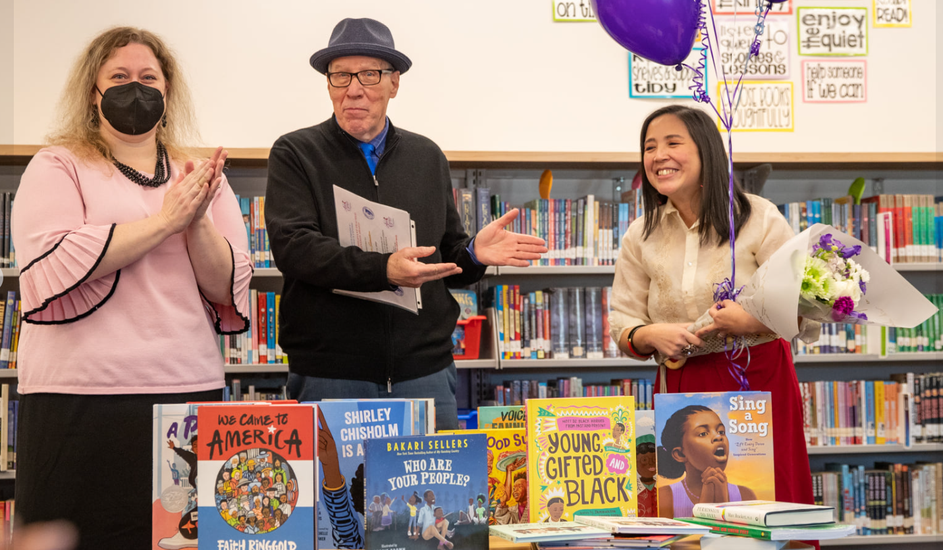 This Year: 30 Days Of Caring

Rebuilding Together Manchester is celebrating 30 years of service to the community and is marking the milestone with a '30 Days of Caring' campaign. The story is on the Better Manchester webpage. 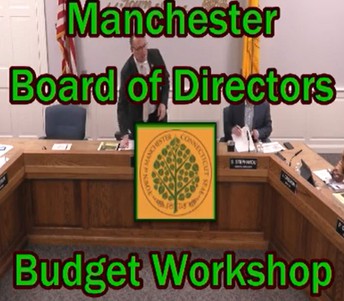 The second session looking at the school pending was last night as members of the Board of Directors continue conducting workshops with each department. General Manager Steve Stephanou has proposed a town budget of $203.5 million for the 2022-23 fiscal year.

Ed Burzawa and Gerry Gallo put the finishing touches on the Manchester Then & Now exhibit that opens at the History Center at 175 Pine St. on Saturday from noon - 4 p.m.

The exhibit tells the story of how people from around the globe and from diverse backgrounds came to call Manchester home.

Down The Road, Etc.

Their Time Will Come 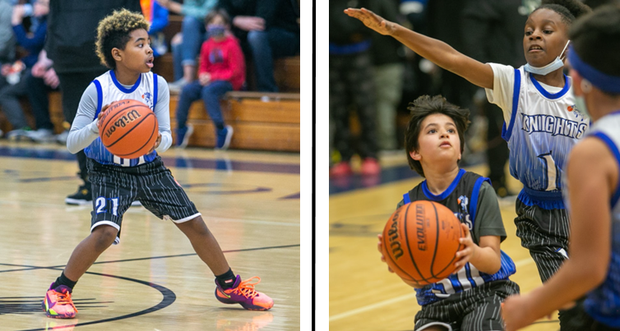 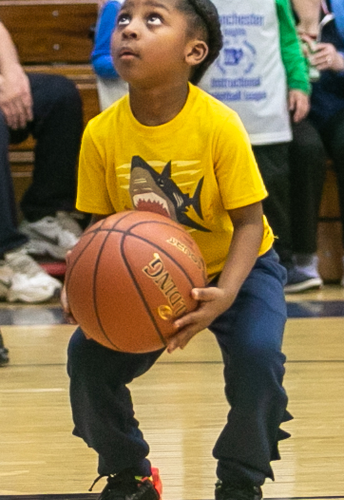 The Manchester Knights youth basketball team played an exhibition game during halftime of an ECBL game between the Hartford Shockers and Western Mass Zombies last Saturday at East Catholic High. The youngsters (mostly third-and fourth-graders) were impressive as were the Shockers, who rolled to a 109-99 victory. At right is another likely future super duper hooper.

Auditions were held in December, rehearsals started on Jan. 3 and tonight, for the first time in three years, the curtain at Bailey Auditorium will be raised for a musical. Btw, we're not being mean with that quote above. That's the phrase superstitious theatre folks use instead of saying “Good luck." 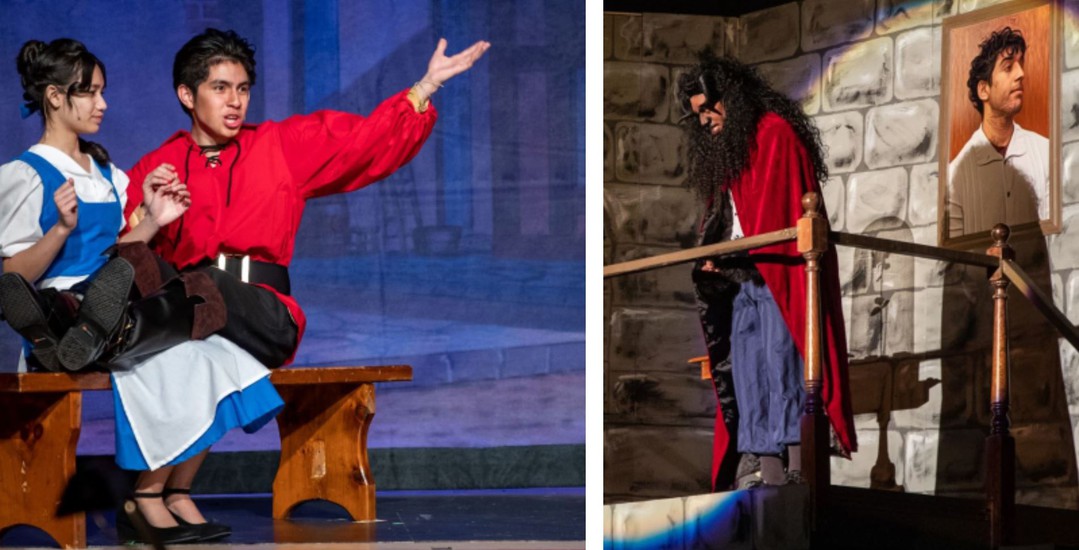 The photos here are from Wednesday's dress rehearsal and, nice as the pictures are, they can't fully capture the richness of the costumery and color. Tickets for "Beauty" can be purchased at the door for the shows, which are tonight through Saturday at 7 p.m.