The motive for the Virginia Colony was to go and make money, increase there social status. They wanted to move themselves from lower class to middle class, which later led to building a plantation economy and large farms. The people that heading to Virginia had no intention on settling they just wanted money unlike Massachusetts Bay Colony. They wanted to go to Virginia to make money and then leave, they didn't want to have a family. That is why majority of the people in Virginia where men, no women or children because they where not there to settle and start a family.

The motive for Massachusetts Bay Colony was to go to Massachusetts and form a new and improved church, to make "A City Upon a Hill" and then bring it back to England which is called a transplantation. The people that went to Massachusetts had a religious motive. They wanted to build a community not just be leave after a short amount of time. So you can see on the list of who came over to the colony there where not only men but there where women and children which was different from Virginia. Massachusetts Bay Colony wanted to build a family and settle until they built a perfect church that they could in the end bring back home.

"We intend by God's grace, as soon as we can, with all covenant speed, to procure some Godly and FAITHFUL MINISTER WITH WHOM WE PURPOSE TO JOIM IN CHURCH COVENANT TO WALK IN ALL THE WAYS OF CHRIST." (ARTICLES OF AGREEMENT) 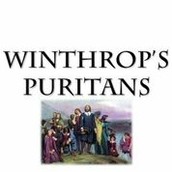 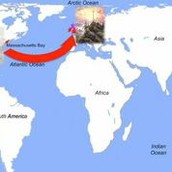 Virginia and Massachusetts Influence on The USA Today.

Virginia Colony and Massachusetts Bay Colony have both greatly impacted to USA today. The Virginia Colony impacted the USA today because England at one point did not have money so they created a joint stock company. They made corporations which is like what we have today. Some examples of corporations that we have today are Apple, Microsoft, and Google. The Massachusetts Bay Colony also influence the USA today. One way that it did was they formed a congregationalism which is a form of Protestant church government which each local religious society is self-governing and independent. They where democratic which people are today. They also influenced our school system, they had religious education in Massachusetts which was private not public like it is today, religious schools in the USA today are all private not public. Religious education was a main puritan value.