After walking straight into a virtual reality trap, Trowel the cat ends up in a world of sand and ancient traditions that nearly costs her all nine lives

Today (October 20 at 9:45 AM) youth can watch family-friendly films and meet the filmmakers

Check it out at: https://tcffeducation.org/freeday

A suspicious telemarketer ad sends Samantha Shovel and crew to Alexander Axton's mansion where a mysterious door lures the team into danger.

Shush! is an original series written and performed by students in grades 5, 6 and 7 and filmed by high school students while working with professional cinematographer David McClellen and writing mentor Cassidy Hall. An ongoing experience, the Shush Team provides an exciting experience working on a filming set and learning every step of taking their creative project from start to finish! Want to be involved? Email steph@storyark.org 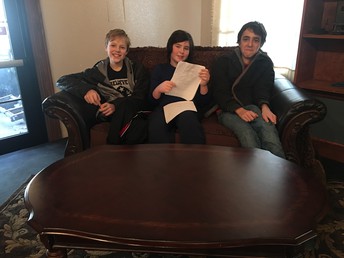 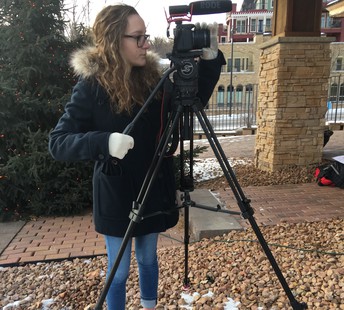 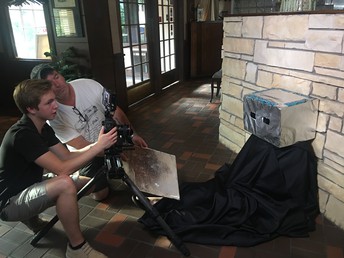 In the beginning, was a four episode radio play

Shush! began as a four episode series sponsored by a grant from the National Endowment for the Arts through the Big Read in the St. Croix Valley. Inspired by THE MALTESE FALCON by Dashiell Hammett, the Shire's middle school Audio Drama Team wrote the script, created the theme music, and performed the roles of this original production. 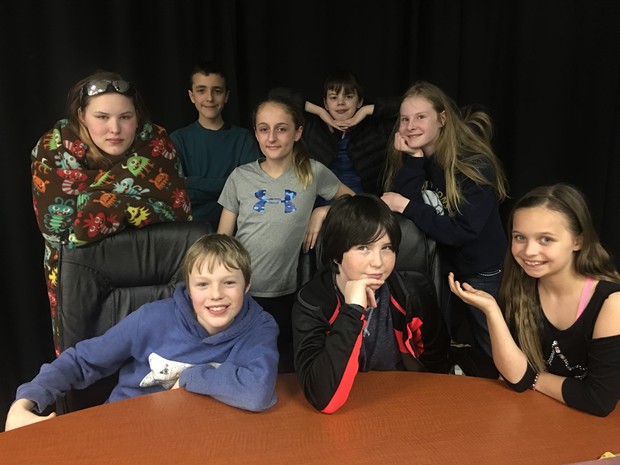 Then, we transitioned to an audio-video hybrid as we went LIVE at the Phipps

The first four episodes of HUSH were taped on camera, and then stripped for audio. It was a practical (re: FREE!) opportunity for recording, and in the process, the students fell in love with film. They decided to continue the adventures of Samantha Shovel, her sidekick Peter Pitchfork, evil Alexander Axton, Fearless Frank Foreman and Trowel the cat who wants to be a dog in this audio-video concoction.
Click to see the live performance at the Phipps

Having fallen in love with film, the students decided to transform to a webisode series. The clip below is a short edit drawing together some of the video clips to give you a taste of what's to come.
https://youtu.be/Ng8OwM8atxU 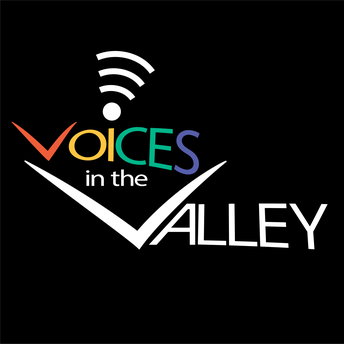 Who wins the battle of the sticks?!

An interview between HUSH Jr and Shush that ended in a battle of the sticks! You won't want to miss this fun exchange between these creative - and opinionated! - middle schoolers :)

Click HERE to listen into this special episode of Voices in the Valley. 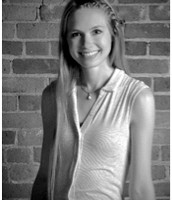 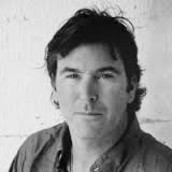 With a heart for storytelling, an eye for the craft and lust for the wander, McClellan is an accomplished photographer, cinematographer and editor. Leading Aveda Corporations Video and Motion team for the past 19 years, he is a seasoned fashion and beauty creative – responsible for both online and broadcast spots. McClellan’s global experience working alongside NGOs and other organizations have sent him around the globe including the Nepalese Himalayas, the North African desert and deep within the Amazonian river basin – often embedded within indigenous communities. He seeks to share the love of the craft and fan the flames of curiosity. 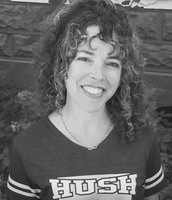 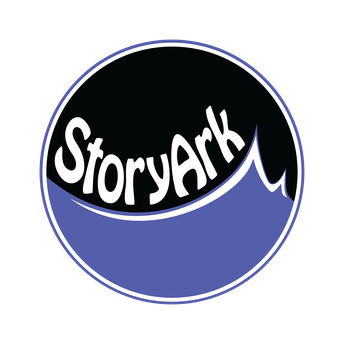 Facebook @theshireonline
StoryArk provides a variety of creative programming for youth, allowing them to tell their story through their chosen medium - whether that be a novel, poetry, film, song, podcast or anything else they can dream up. Student initiated and student led, each project is imagined, designed, and developed by youth. Professional authors, screenwriters, filmmakers, musicians, producers, directors and actors share their expertise and experience, helping students gain new skills in their craft and empowering them to become their best creative selves.
Stillwater, MN, United States steph@theshireonline.com 651-351-0804 theshireonline.com

StoryArk is a 501(c)3 organization