Arabelle is using Smore newsletters to spread the word online.

Get email updates from Arabelle:

After the French and Indian war, France left the Indians with no land and with no resources. Since Britain had won most of land west of the Appalachian mountains, the Indians were mad because that was their ancestral land, and they didnt want the colonists taking it from them. The Indians threatened war for the land, but since England was too far in debt, King George III , issued the Proclamation Of 1763. This document stated that colonists may NOT settle west of the Appalachian Mountains to avoid war. 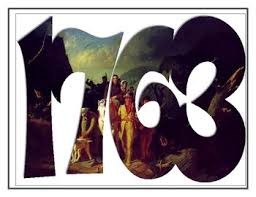 In 1765, Britain was still far in debt from the French and Indian war. To gain more money to pay off that debt, on March 22, the British Parliament passed a new law saying that colonists must pay tax on paper goods. They had to pay tax on every piece of paper they used, whether it was printer paper, ship paper, legal documents, and even playing cards. A stamp was placed on the paper to show that they had paid tax on that paper. Colonists were outraged at this act. They would tar and feather tax collectors, and debate with written documents.

below is a picture of a tar and feather victim

The Townshend Acts were another way for the British to earn money to pay off debt. Britain taxed on many more goods, such as: glass, lead, paints, paper and tea. Most American colonists viewed this taxation as an abuse of power. After 3 years, Parliament finally repealed all of these taxations with the exception of tea. 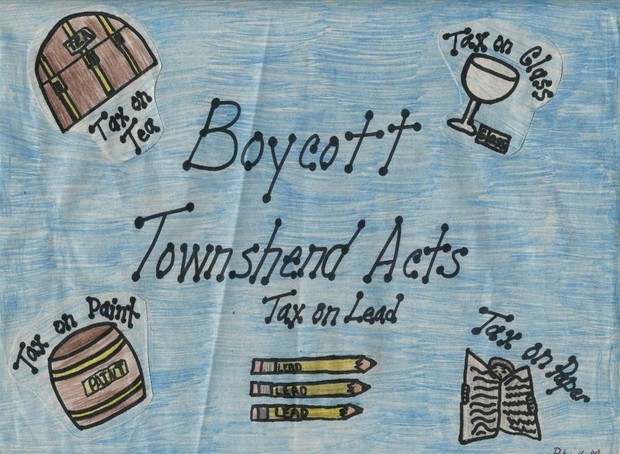 The Boston Massacre occurred on March 5th 1770, when a 'patriot' mob started a street fight, throwing snowballs, sticks, stones at British soldiers. The British soldiers started shooting these colonists. 3 people were killed on the spot, 8 were wounded, and of those 8 later died after the riot. Later 2 of the british soldiers were arrested and imprisoned for manslaughter. 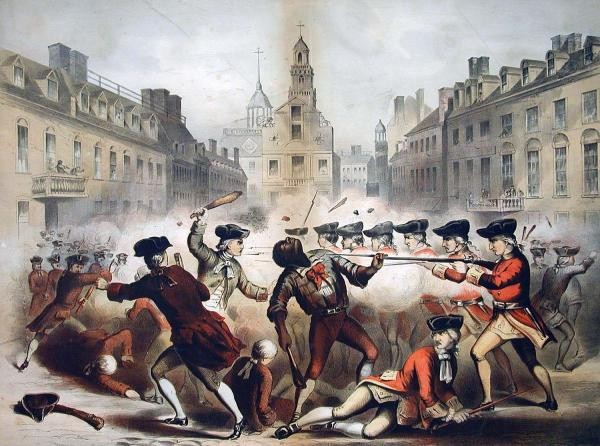 The Tea Act of 1773 was designed to help the East India Company because they were struggling financially with millions of pounds of tea left. The tea was shipped directly to the colonies, and sold at a bargain price. The direct sale of tea from British agents, stopped business from local merchants. Colonists turned the ships around to go back to Britain, cargo was left to rot on docks, colonists also held ships in ports, not allowing them to unload the tea. This act will launch a very significant event in history called the Boston Tea Party. 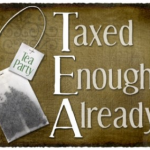 Late at night, 100 colonists snuck into a boat in Boston and dumped all of the tea into The Boston Harbor. After this event, the British shut down the Boston Harbor until all 340 chests of tea was paid for 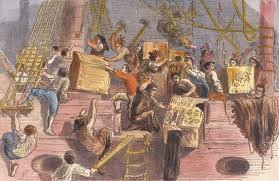 The Intolerable Acts were laws made up to punish Massachusetts Colonists for the Boston Tea Party. 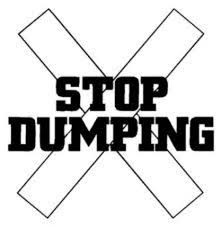 On April 19th 1775, British soldiers were going to attack Boston very early in the morning. Their targets were Lexington and Concord. There, they would capture Colonial Sanders and Jon Hancock and seize gun powder. Paul Revere warned the colonies by shouting " The British are coming! The British are coming!"

Arabelle is using Smore newsletters to spread the word online.