Helms at the Helm : Paddleboarding on October 12th 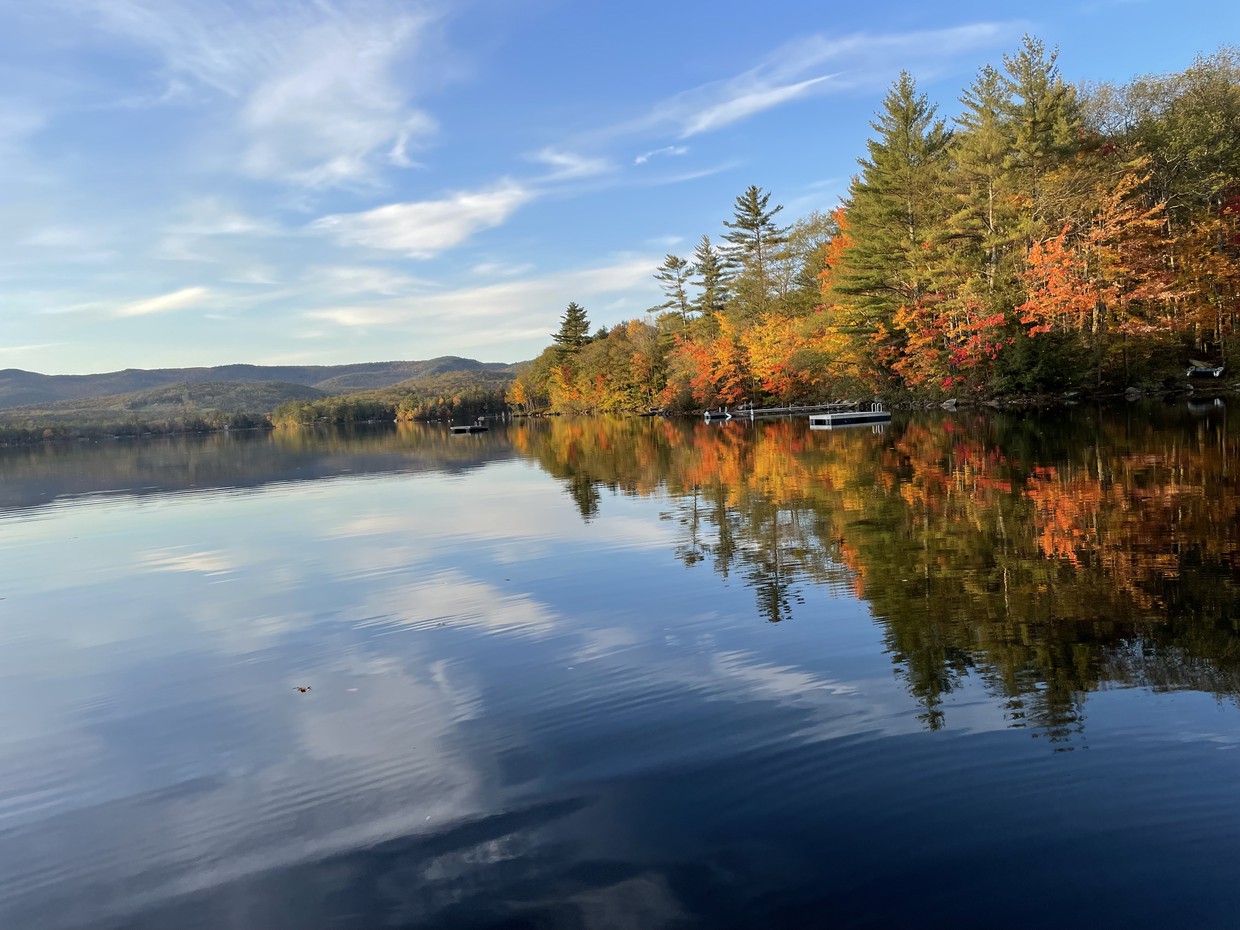 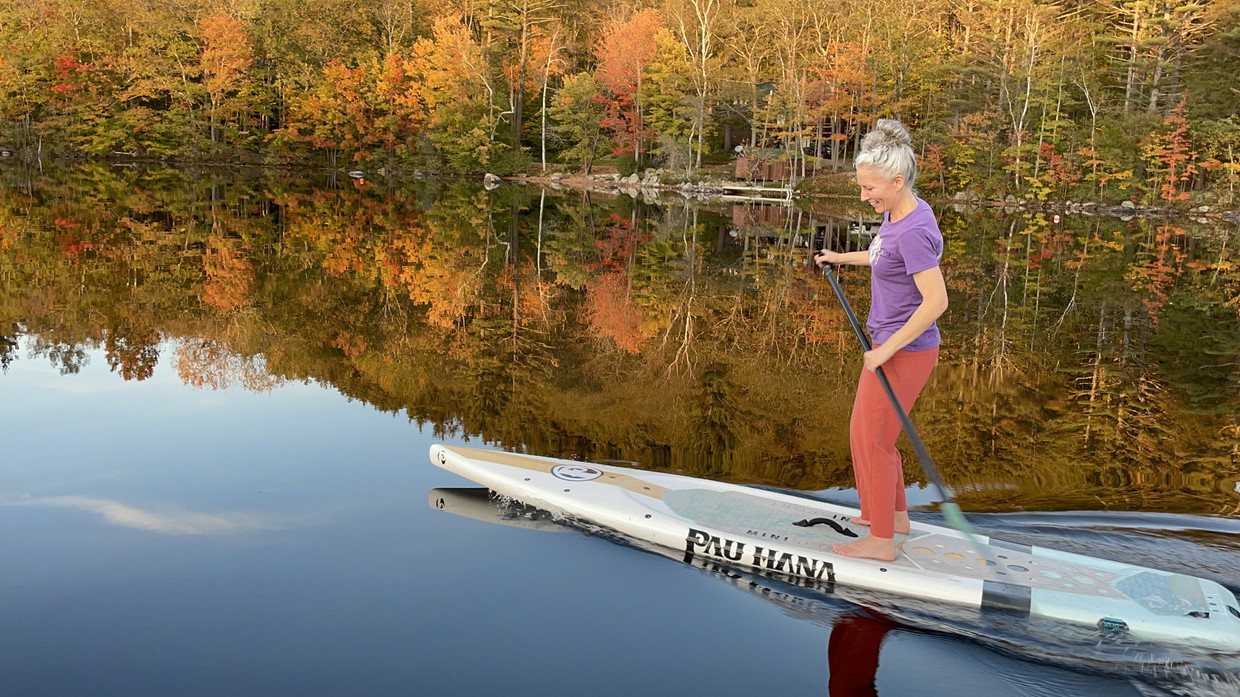 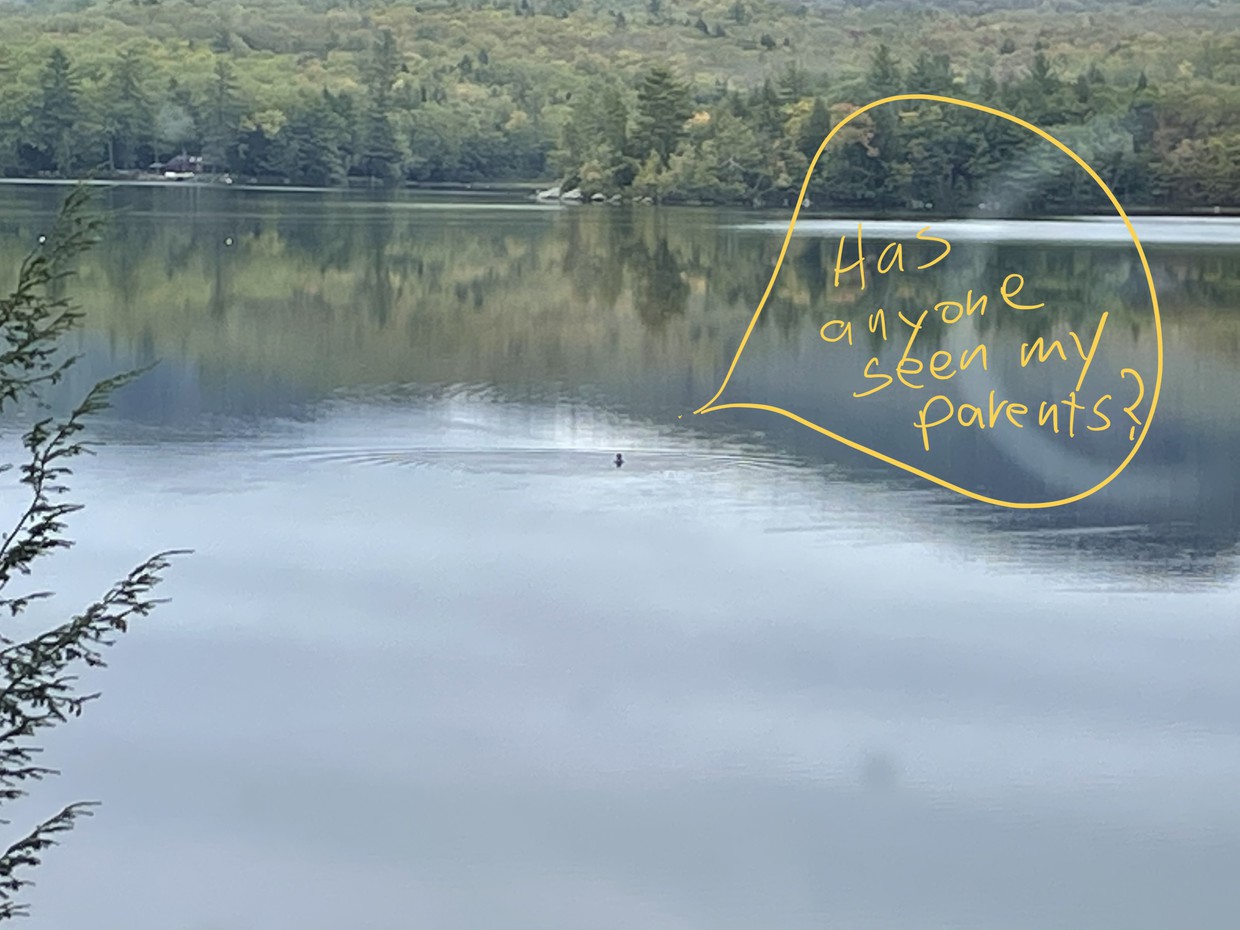 Fall brings migration. Chicks are left to figure it out on their own. No way of knowing if the parents communicate a road map of life to their offspring before departing. Usually the adults go first, but not always. Sounds like you’ve already observed a few chick test flights (college). The first attempts are usually unsuccessful, but eventually Fuzzlee will get airborne . Short flights are confidence builders leading up to the final migration flight. Maybe you can get some video. From Lee Attix—Loon Biologist 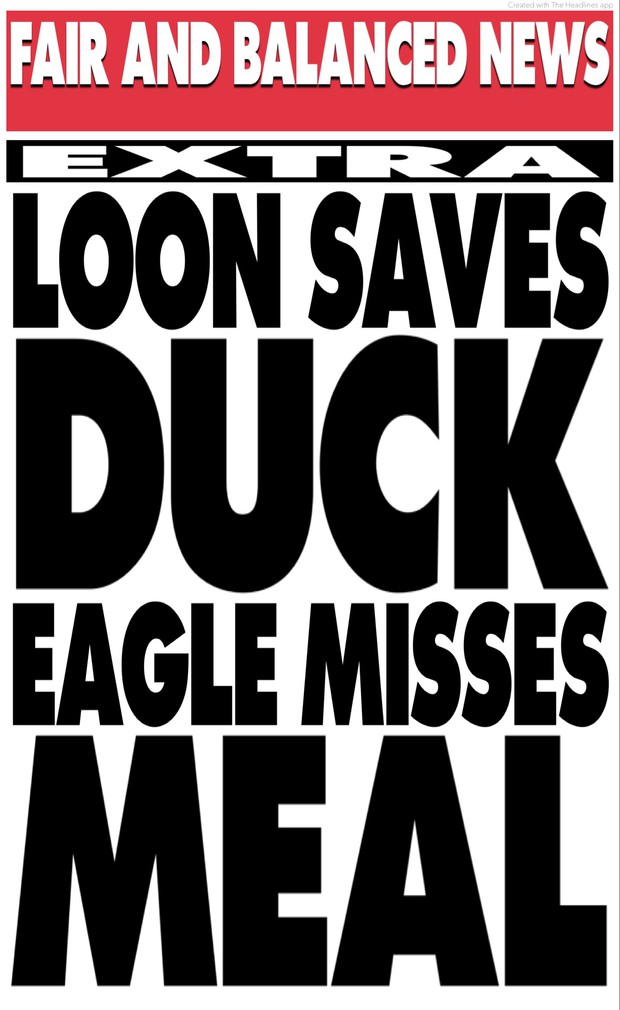 On Saturday Oct 2, I took my regular morning stroll down Ban Grover Road with our two dogs, Samson and Ketel. It was a pretty normal morning. When we got past the Hiteshew’s, I saw a single duck near the shore (At first I registered it as a mallard, but on second thought I don't think it had the coloring of a male mallard, nor do I recall it being as muted as a female mallard. so I am not sure what kind of duck it was). It was near the shore, standing on a partially submerged rock. I was a little surprised to see a duck this close to shore. It did not initially move as I walked by, but did swim out from the shore when it saw the dogs. So far, all is relatively normal.

Shortly after the duck got away from the shore, maybe 30 yards out, a bald eagle was on top of it, out of nowhere. The duck saw the eagle and dove to avoid the attack. So I thought all was well. But the eagle did not give up. It kept on swooping down, and circling back to try to get the duck. The duck would dive to avoid the eagle and resurface, all the while calling out loudly. As soon as the eagle attacked, and the duck started calling, noise erupted all around the lake as multiple loons and birds started calling out as well. I kept on thinking that it was a lost cause for the eagle, but that was not the case. The eagle kept coming and the duck, all alone in the middle of the lake, could only dive to avoid the eagle.

I was aghast at the fact that my walk had caused this duck to be put in such a precarious position. Had I not walked down the road with the dogs, the duck would not have gone out into the water and been exposed to the eagle, but what could I do now?

Then I witnessed the bravery of a loon. All the while the eagle and duck were jousting, the loons were yelling and screaming. Shortly after the eagle attacked, a loon entered the water nearTurtle Island and flew across the lake but not taking off. Its wings were hitting the water and it flapped across the lake straight for the duck. Someone on the other side of the lake started screaming about the baby (Maybe they knew that the loon was Fuzlee, or thought that the duck was Fuzlee?) and dogs started barking. I think that was near Turtle Island. The loon reached the duck and tried to ward off the eagle, but the eagle kept coming.

All this time, I could not think of anything to do to help the duck. Our dogs were watching, and they started to get more agitated as the other dogs started barking and the person screamed. And they seemed to want to go in the water, so I encouraged them to go in the water, thinking they might swim out to the duck and scare off the eagle. But as the dogs entered the water, the eagle peeled off and flew to a perch on Turtle Island, and the duck was safe. That brave loon had saved the duck.

But the story is not over.

I went down Ban Grover Road and turned back. I realized that the duck was probably back in hiding by the road, so I tried to keep the dogs close to me to not scare the duck into the water. The duck did at one point see us and stepped into the water, but we went by and it returned to shore. Then I sawy the eagle fly over and perch in an oak right above the duck. And worse, Ketel broke from me and ran back to find the duck! That was the last thing I wanted to have happened. I ran back screaming at Ketel and got her to come back to me. I put the two dogs in a sit stay shortly before Trkla's house and headed back to find the eagle. Sure enough it was still in the tree... watching me. It did not fly away, because it wanted that duck. So I threw some stones at the eagle, and reached down to pick up more stones. When I looked up again, I saw the eagle was not there. I kept looking a bit more, but did not see it, nor know where it went.

At that point, there was not much else I could do, so I went home with the dogs.

So here I sit, pondering:

From Trish Curtis on Turtle Island (the screaming woman)

I just read the article! I was outside and saw the loon running across the lake then the eagle diving! I assumed it was after the loon chick. I kept screaming NO with every dive and of course the pups were barking ! Loved the account Archie wrote!

I was so stressed feeling so helpless for that chick who was a duck!

Thoughts on the Story by Lee Attix (the loon guy)

Hard to fathom that, but interesting reading. Counting on the community to help safeguard Fuzlee and his/her parents from this aggressive eagle! In truth, it’s nature at work, and nature can be cruel. I pray for smart loons and lazy, dumb eagles.

He clasps the crag with crooked hands;

Close to the sun in lonely lands,

Ring'd with the azure world, he stands.

The wrinkled sea beneath him crawls;

He watches from his mountain walls,

The Eagle by Alfred Tennyson

Some facts about bald eagles.

Ode to an Eagle

I own the lake

and you own the sky

Dive into my world

and you will wonder why

the waters are all surging

I am not your breakfast.

You must now go home. 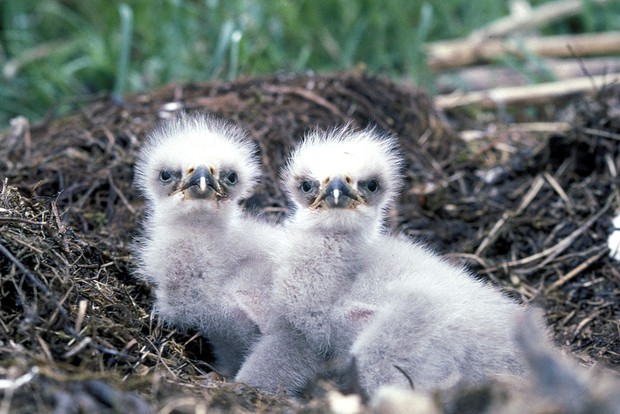 a couple of hours ago I found a baby snapper in the driveway, and now since Paula and Kata got back, we have put 8 on the shore.....see videos of their first swim.

Will keep you posted on this breaking story. 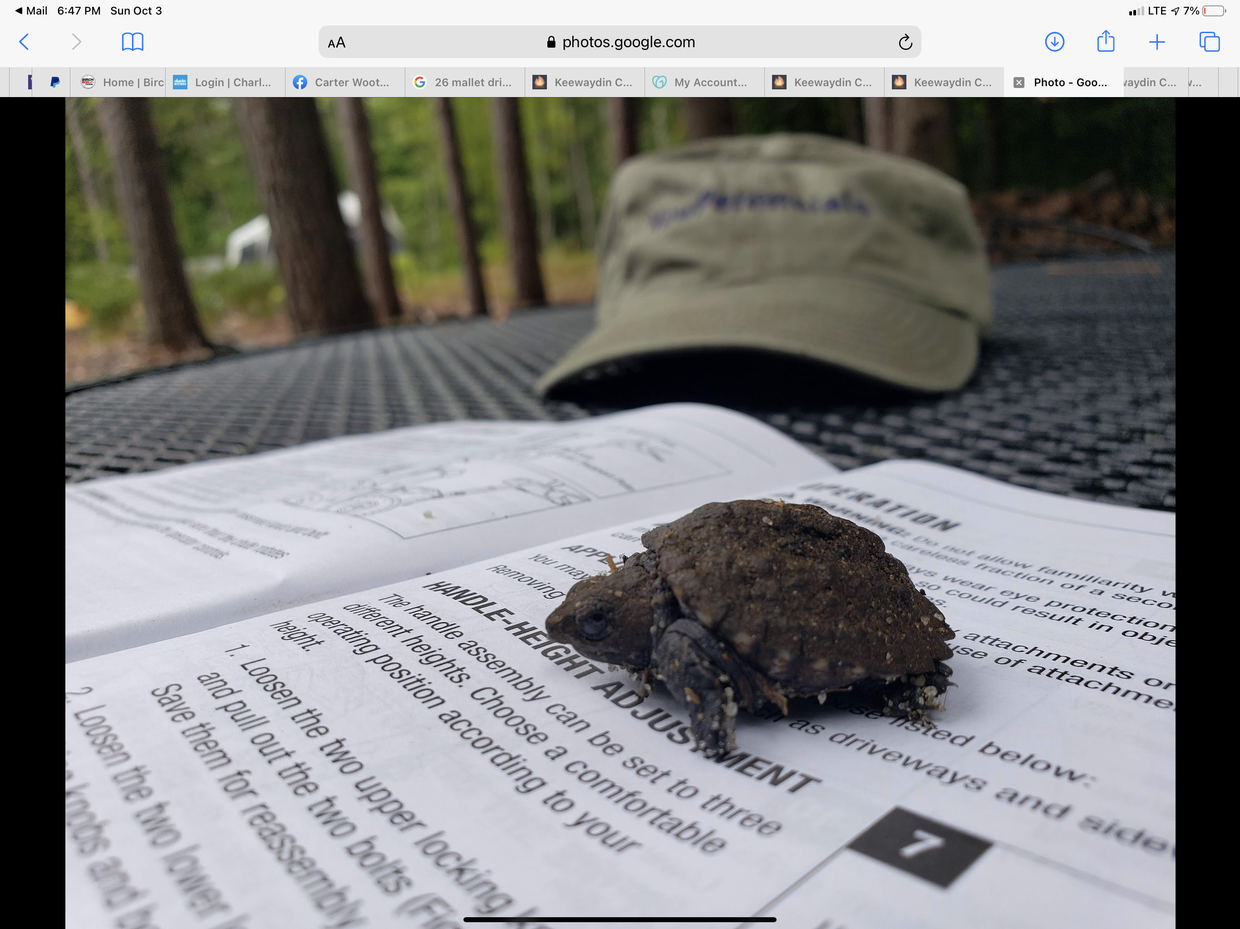 Invasion of the Baby Snappers

News Flash: Because of supply chain problems, cranberry sauce will be in short supply this Thanksgiving season. If you live in the Stoneham/Albany Township area you need not worry. Just head on over to Birch Bog Farm on the second weekend of October and pick their amazing organic cranberries. Find out more at www.birchbogfarm.com.
The Bog 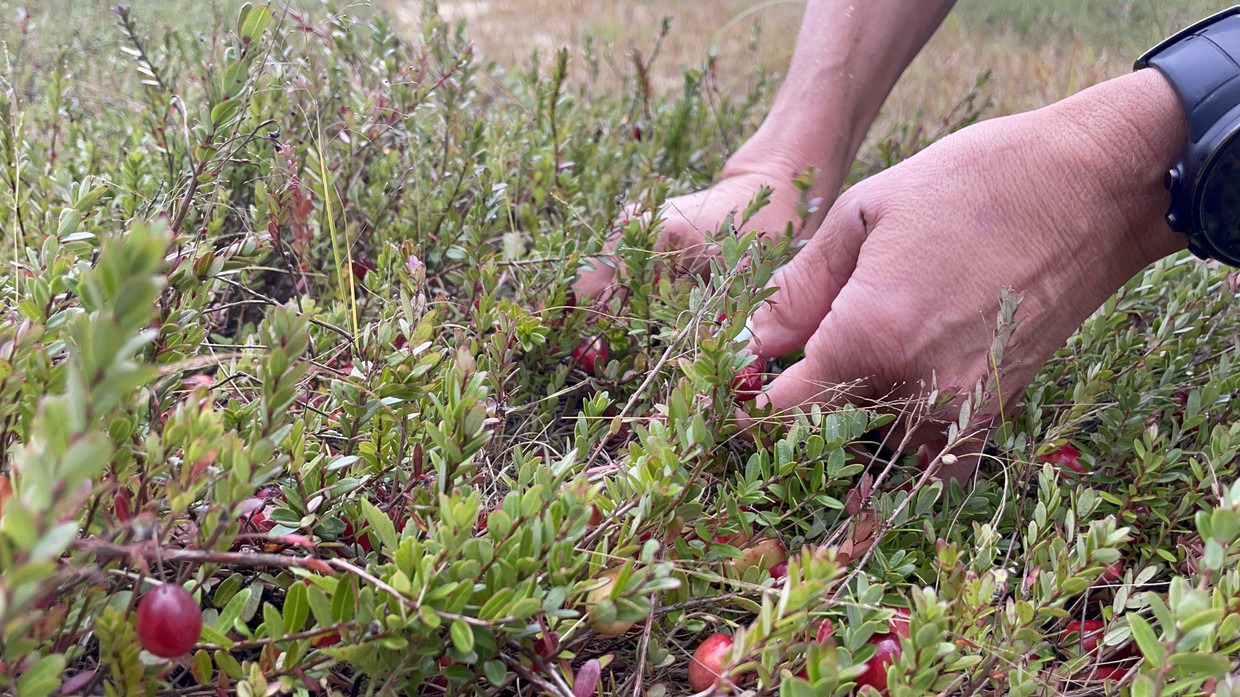 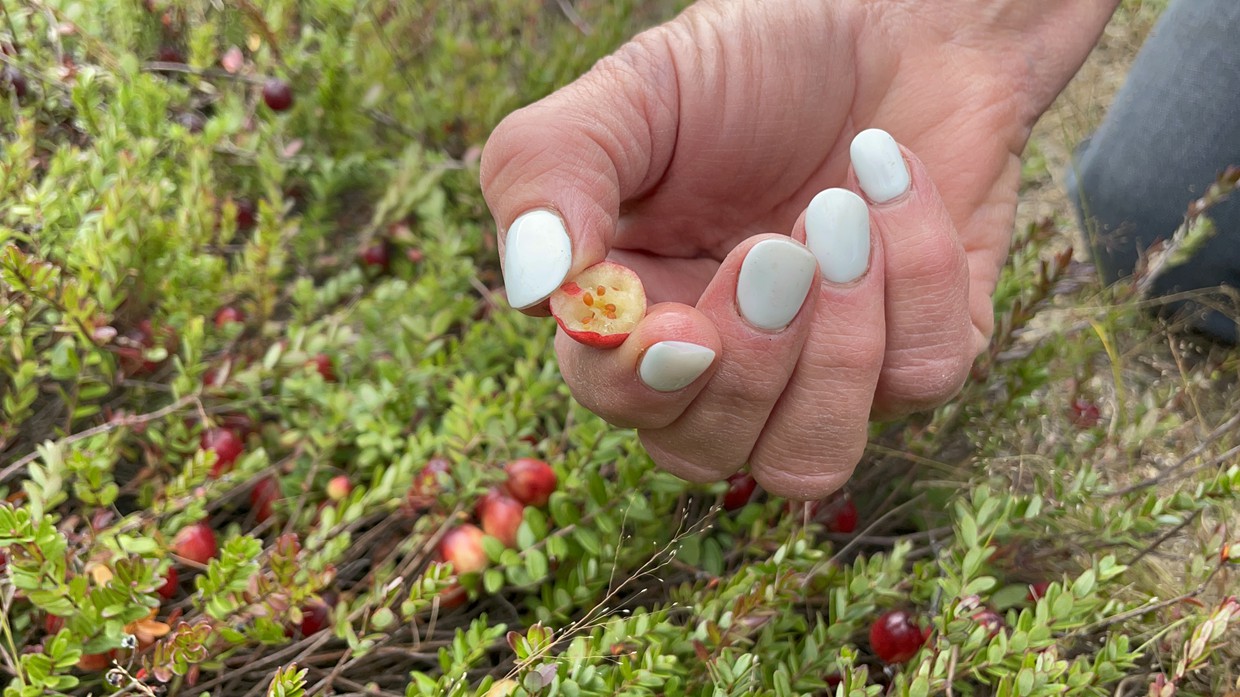 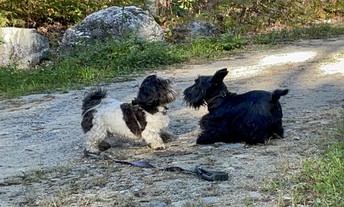 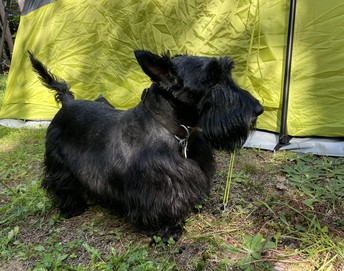 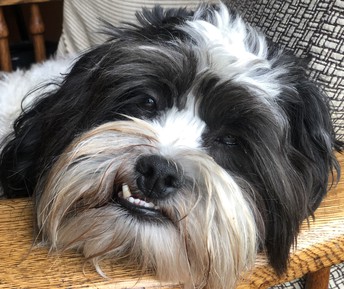 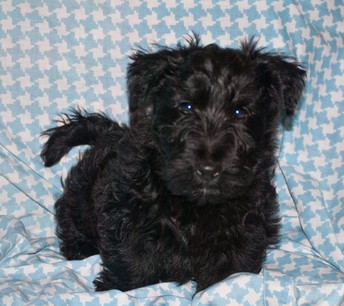 Life is Better with You

If you walk to the end of Ban Grover road you may notice a black furry equilateral triangle frozen on the lawn of the Guarnaccia homestead. Move closer and the triangle may bark at you and its little black tail will start quivering. You have just met Pippin, the Scotty of Ban Grover Road. He is a stocky little fellow with a keen sense of all smells of the underworld. Indeed, you may encounter his torso and observe that his snout is buried 3 inches deep under a foundation or a log. He has an inquiring nose and has shared many of his exotic smells with me, one of his closest friends.

Here is some information about Scottish Terriers. You will learn about Pippin’s many ancestors, but if you meet him you will know he is one of a kind. https://en.wikipedia.org/wiki/Scottish_Terrier 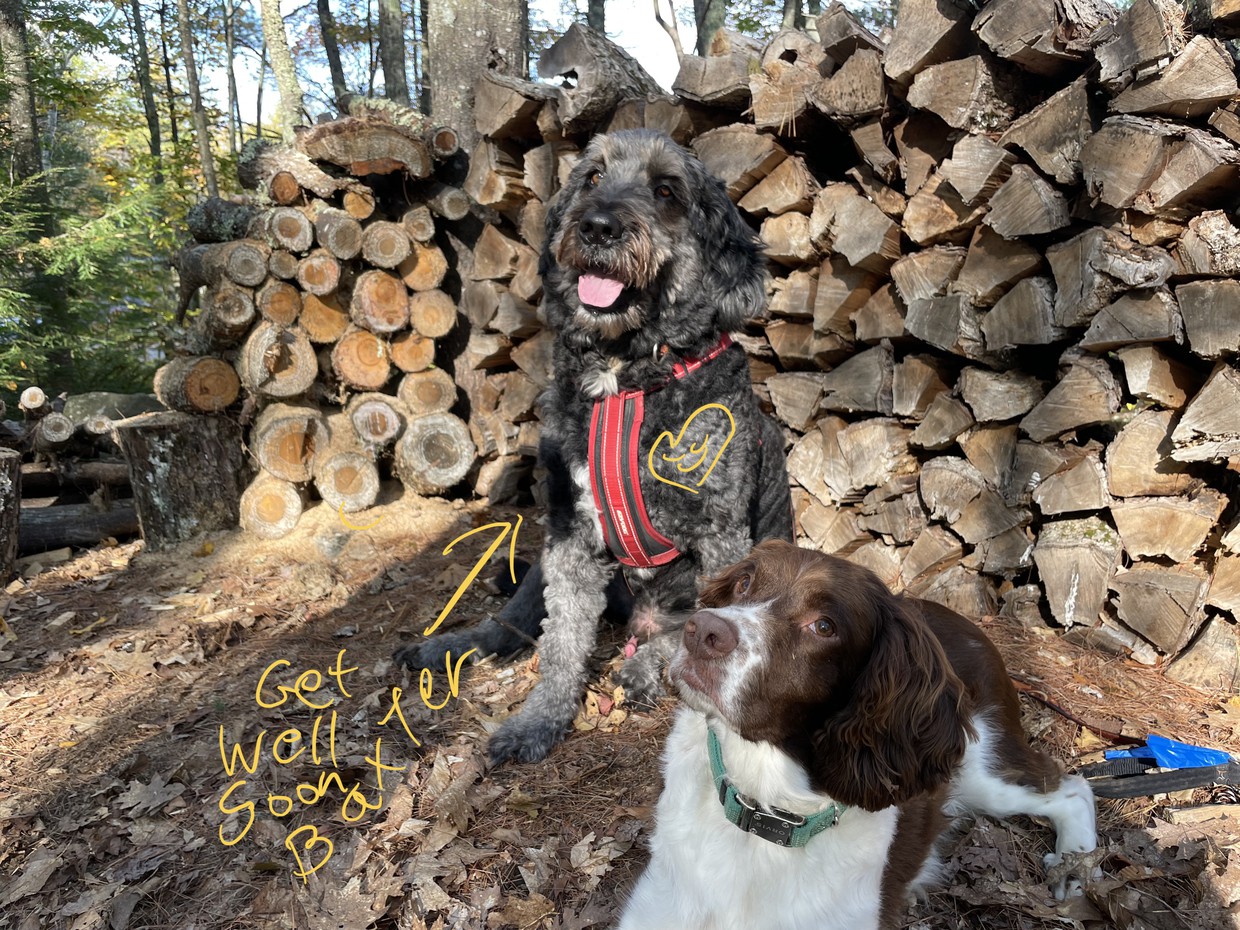 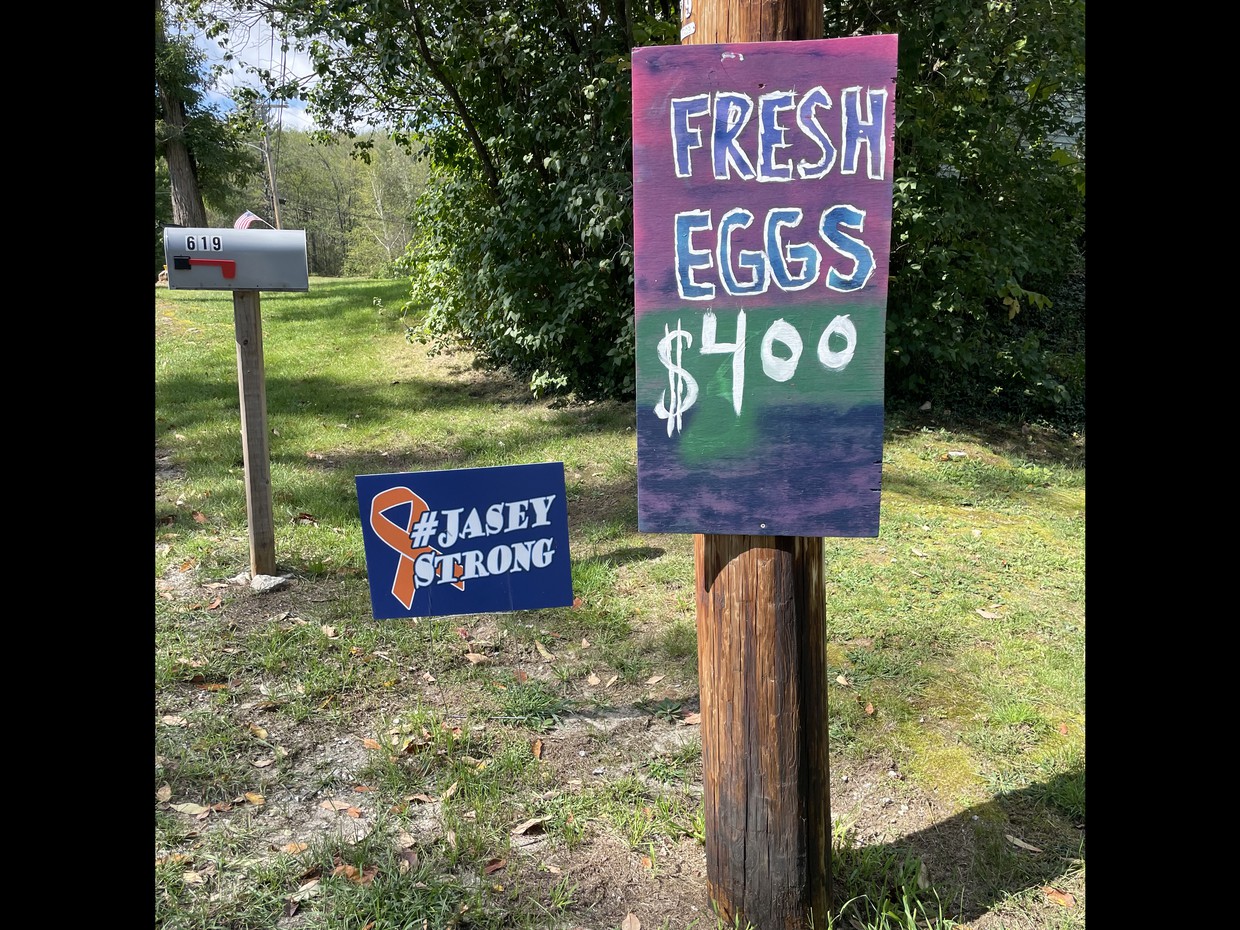 Breakfast with Marilyn Worth: Coming to Keewaydin for 71 years

The Rountrees : Coming to Lake Keewaydin since 1959 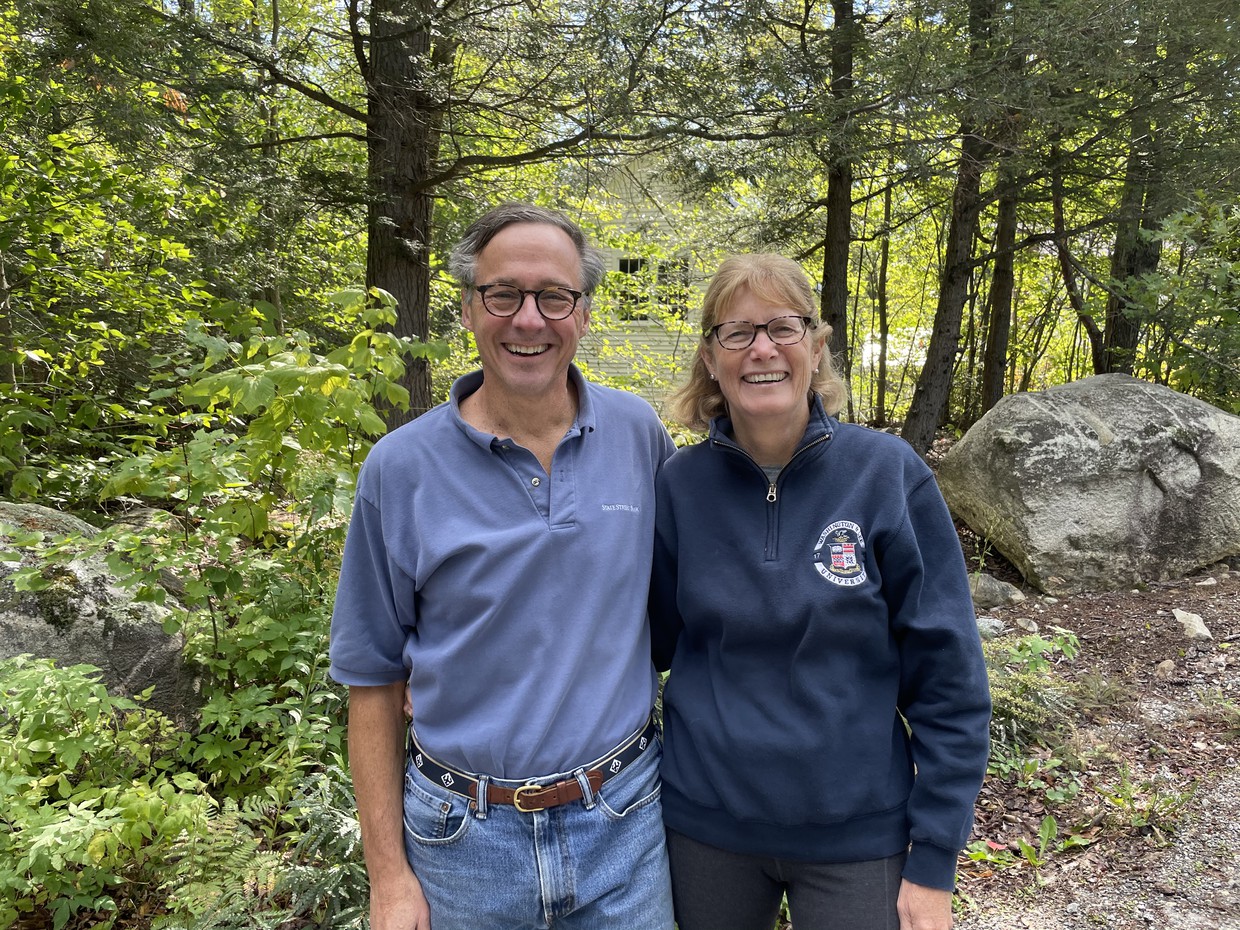 Try writing one and send it to the Chronicle. 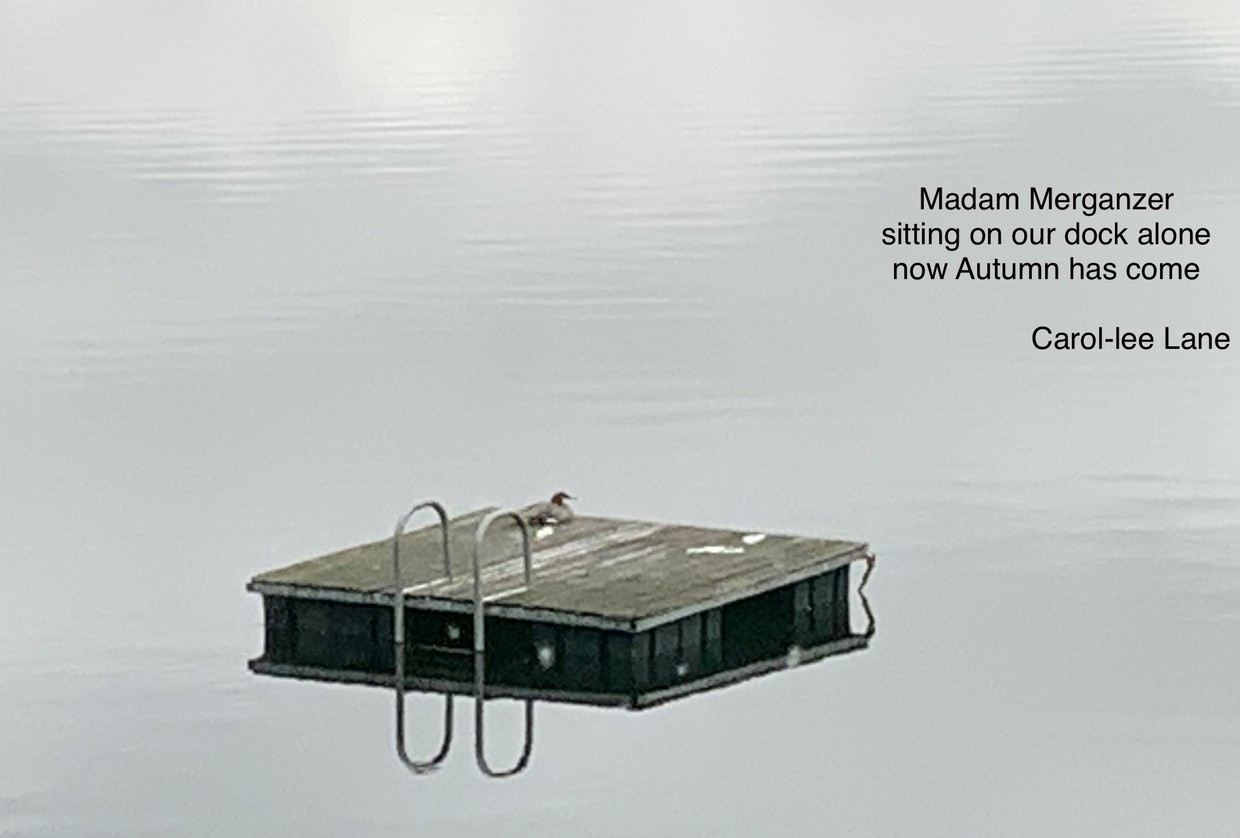 Find Past Issues of the Chronicle 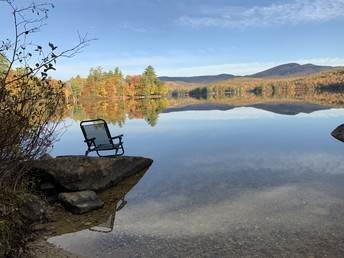 The Keewaydin Chronicle is Your News

Like the news itself, this Chronicle has no deadlines, only lifelines. It will be continually updated till the end of the current month. Keep refreshing to find new stories. Past editions can be found at link below. You are the reporters. Send news, pics and video links to barrylane55@icloud.com. We will publish everything that applies to our mission of building community on the lake and being stewards of our wild world or just sharing local stories and history of the lake and surrounding area. You are all reporters and the story surrounds us. 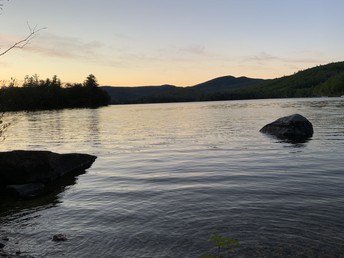 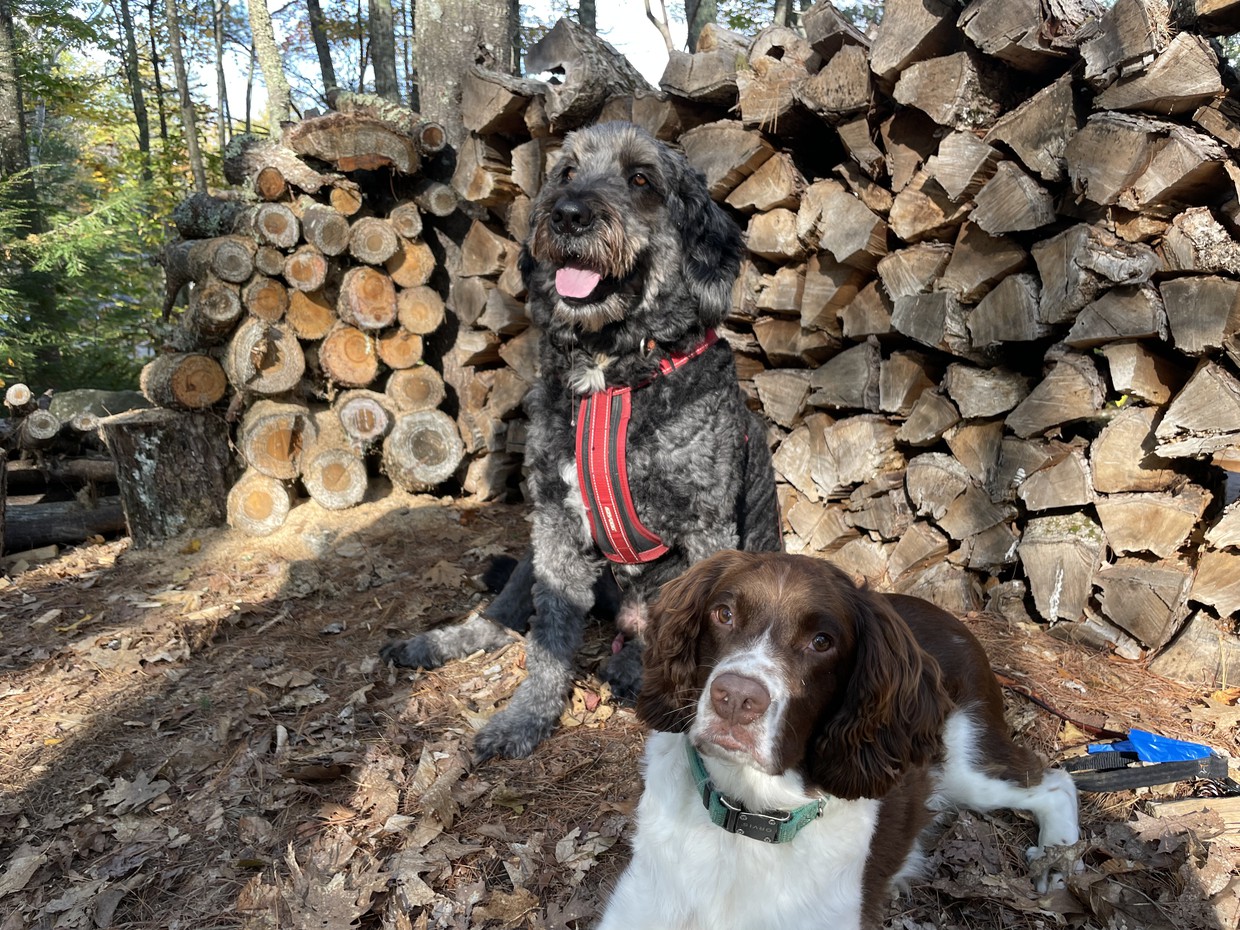