Asha is using Smore newsletters to spread the word online.

Get email updates from Asha: 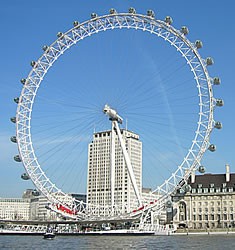 The London Eye is located at the western end of the Jubilee Gardens, on the South Bank of the river Thames London, Borough of lambeth. 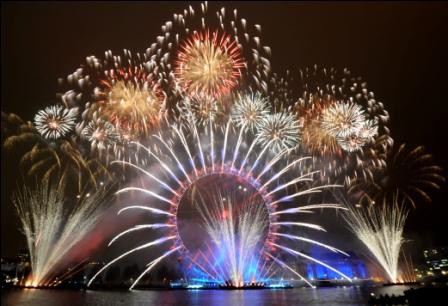 BRIEF DESCRIPTION & WHY IT'S WELL KNOWN

The London Eye is the biggest Ferris Wheel in Europe and western hemisphere but is placed 3rd largest in the world, first being the Singapore Flyer and second the Star of Nanchang.

The London Eye is the most popular paid tourist attraction in the UK with over 3.5 million visitors each year, the London Eye or millennium wheel was officially know as the British Airways London Eye and then the Merlin Entertainments London Eye. Since January 2011 its official name is the EDF Energy London Eye following a three-year sponsorship deal.

The wheel's 32 capsules are air conditioned and each weigh 10 tonnes, it holds 25 passengers which are free to move around inside the capsule. the wheel moves at 26cm per second (about 0.9 km/h) so that one revolution takes 30min.

The project was European with major components coming from six countries: the steel was supplied from the UK and fabricated in the Netherlands by the Dutch company Hollandia, the cables came from Italy, the bearings came from Germany, the spindle and hub were cast in the Czech Republic, the capsules were made in France the glass from Italy and the electrical components from the UK.

Why It Was Built

The structure was designed by the architectural team of David Marks and Julia Barfield, husband and wife.
They submitted their idea for a large observation wheel as part of a competition to design a landmark for the new millennium.
None of the entrants won the competition, but the couple pressed on and eventually got the backing of British Airways, who sponsored the project.

Asha is using Smore newsletters to spread the word online.