6. Get to Know Our Winter Season Head Coaches!

7. Get to Know Our Athletic Trainers! 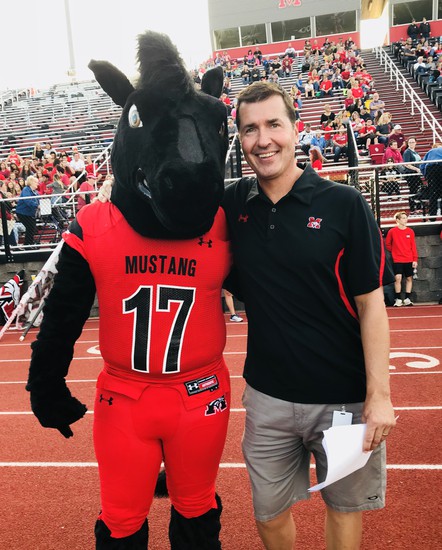 After a successful fall sports season we now enter winter. Our basketball, wrestling, and swimming teams are currently hard at work preparing for competition. We are very appreciative of the support, spirit, and attendance you have provided our teams thus far. Thank you! During the fall, our cross country and cheer teams qualified for state, our varsity volleyball team continued to improve throughout the season, varsity football defeated our arch rival Yukon by double digits, and our varsity fast pitch softball team won the 6A state championship! We are very proud of these teams and their coaches and look forward to a successful winter season. We look forward to seeing you at the games! 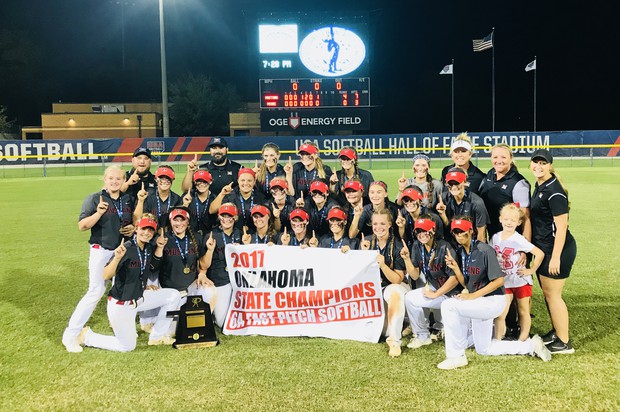 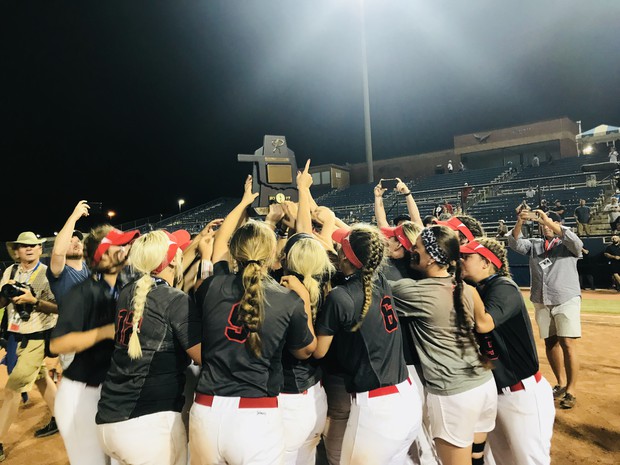 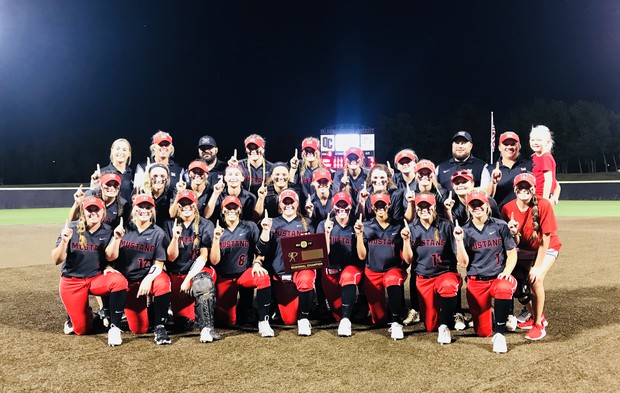 All Mustang Staff, plus one guest, are admitted free to all Mustang Bronco sporting events by presenting an official district badge to a gate official. For OSSAA play-off games district badges will not be accepted for admittance.

Please know the purchase of basketball season tickets and sponsorships support all of our athletic programs and athletes. 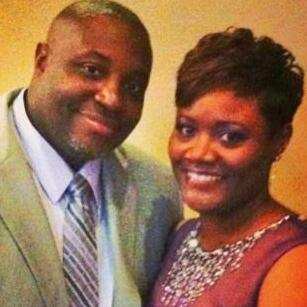 Tondrell is beginning his first year at Mustang. He spent the previous 19 years at Bishop McGuinness High School where he won 8 State Championships, placed runner-up 4 times, and made 13 appearances in the state tournament. He graduated from Oklahoma Christian University where he was a decorated player and is a proud Texas Longhorns fan and Philadelphia Eagles fan! Tondrell grew up in Dallas, TX. He is married to his beautiful wife, Janice. Tondrell teaches PE at Mustang High School. 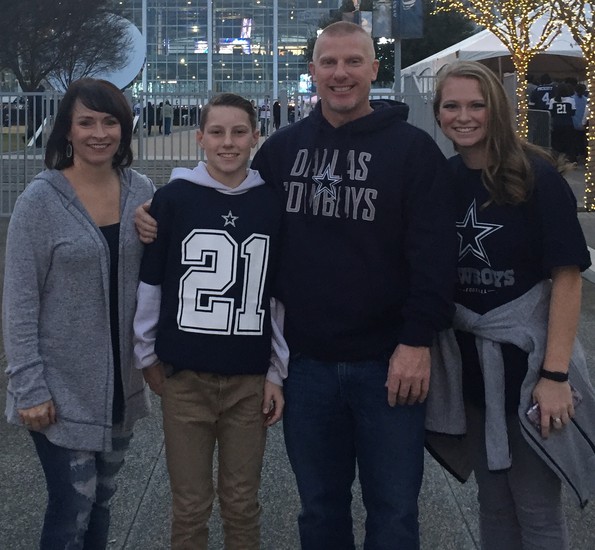 Tony begins his 7th year with our swim team. He is a proud graduate of Northwestern Oklahoma State University and attended high school at Putnam City. He teaches Pre-AP Geometry and is in his 26th year of teaching. Tony is married to Laura and they have two children: Hannah, a freshmen soccer player at OBU, and Zac, a freshmen in Mustang. As you can see from the photo above they are big Dallas Cowboys fans. 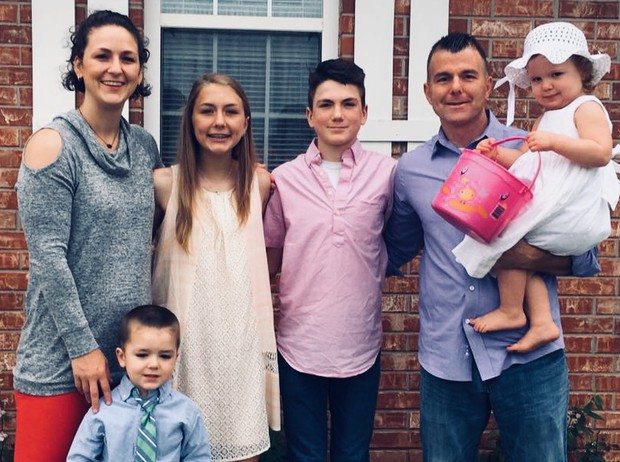 Kevin graduated from Southeastern Oklahoma State University where he played basketball and is married to Mustang graduate and basketball All Stater Katy, who is an assistant principal at Mustang North Middle School. Last year Kevin guided the Lady Broncos to the state tournament. His is a proud Sooner and Thunder fan and a Westmoore graduate. He is very proud of his four children: Gunnar, Aven, Kanon, and Minnie. Kevin teaches Freshmen Success at Mustang High School. 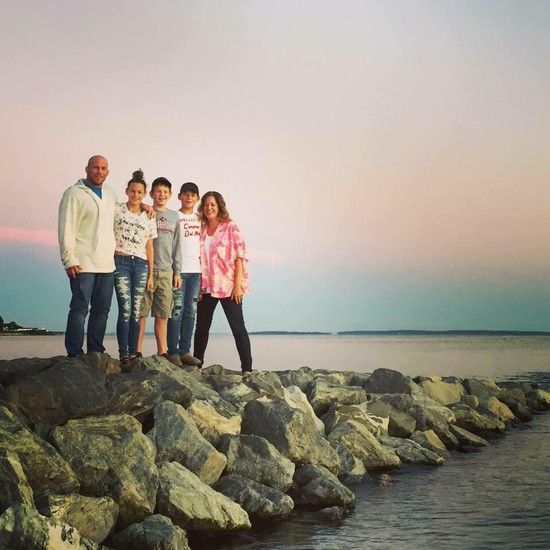 Brian is a former Big 10 Champion and All American Wrestler at Michigan State University. He is also a recognized judo instructor and competitor. He is entering his 2nd year as head wrestling coach. He is married to Becky and together they have three children: Cameron, Trinity, and Tate. Brian is originally from Saginaw, Michigan. 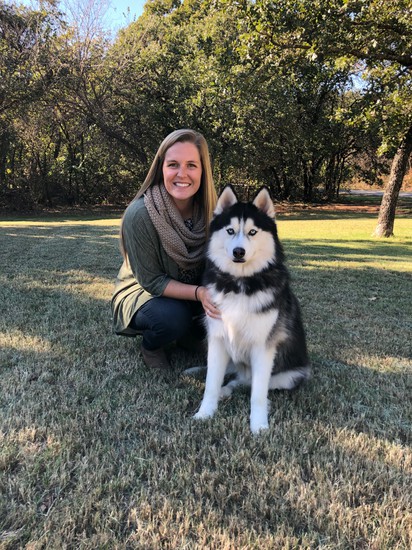 Britini is in her first year at Mustang Public Schools. She graduated from Edmond North High School in 2010 and pursued a Bachelors in Athletic Training from Southern Nazarene University, graduating in 2014. From there, she pursued a Masters in Adult and Continuing Education from Kansas State University while working as a Graduate Assistant Athletic Trainer with their cross country, and track & field teams. Prior to Mustang, she worked full-time as an Athletic Trainer at Missouri State University, working primarily with softball and women's golf. She currently resides in Yukon with her Siberian husky, Tucker. In her free time, Britini enjoys cooking for others, watching Sooner football, and generally loves all things Oklahoma. 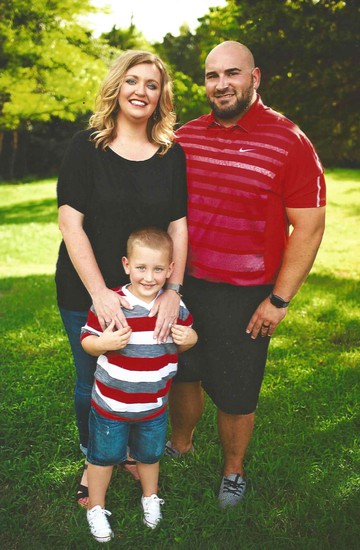 Chris is beginning his 8th year at Mustang. Prior to Mustang, he worked full time as a Physical therapist assistant in Outpatient Clinics and acute care rehab settings, and also did outreach sports medicine for Oklahoma Center for Orthopedics. Chris graduated from SWOSU in 2006 with a B.S. in Athletic Training and in 2007 received a PTA degree. He is married to his wife Lindy and has one son, Kaiden, and one dog, Lucky. In his spare time he enjoys golfing, hunting and spending time with his beautiful family. 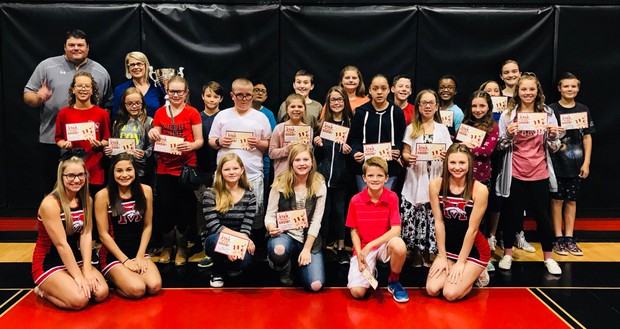 The awarding of the Spirit Trophy has been a wonderful experience this year. We have thoroughly enjoyed visiting elementary and intermediate schools to recognize their students for showing excellent school pride, spirit, and support. Please Note: The journey of the trophy continues into our winter sports season!

Pictured above is Horizon Intermediate. 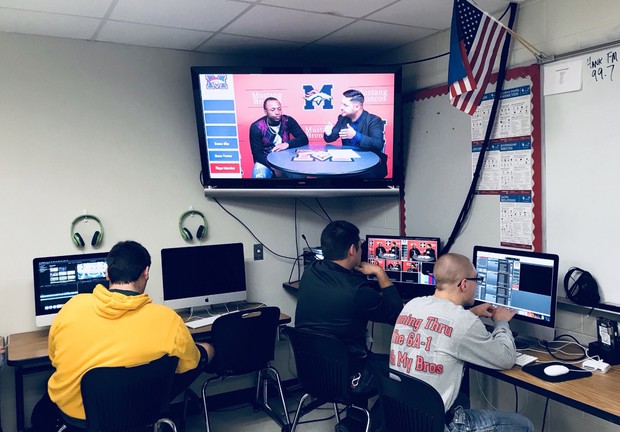 Steven Metcalf and his video production students have done an amazing job producing our football coach's show. It is without question the slickest high school coach's show in the state. Check out one of the episodes above. We appreciate Mr. Metcalf and his students for their hard work, creativity, and expertise. 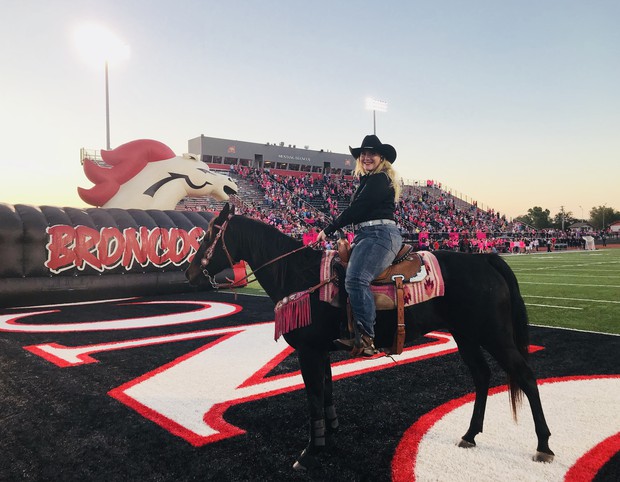 Before kick-off of the Moore game, we introduced 'The Bronco Rider!' Sydney Sellers and her horse Molly carried an American Flag and raced up and down the football field to honor our country (both of Sydney's brothers are deployed) and to show unity among all Bronco fans! It was a powerful experience and something we hope to continue! 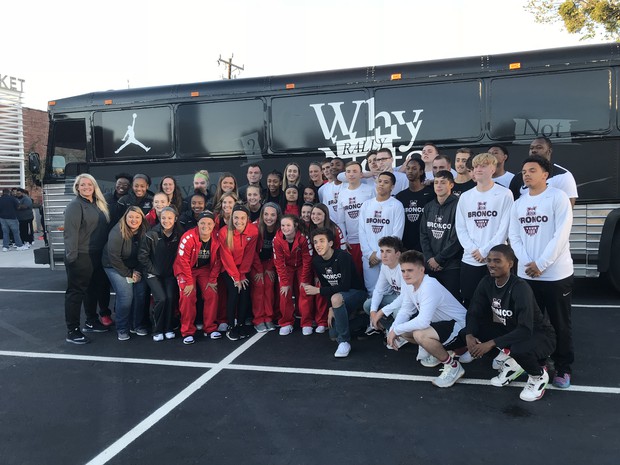 The Mustang Boys and Girls Varsity Basketball Teams (pictured above) were invited to the Russell Westbrook "Why Not" Rally in downtown OKC a few weeks ago! Only 4 schools received this special invitation! Pictured below, Mathew Garza took the stage with Westbrook after they both competed in a shooting contest! Westbrook won the contest by one basket! 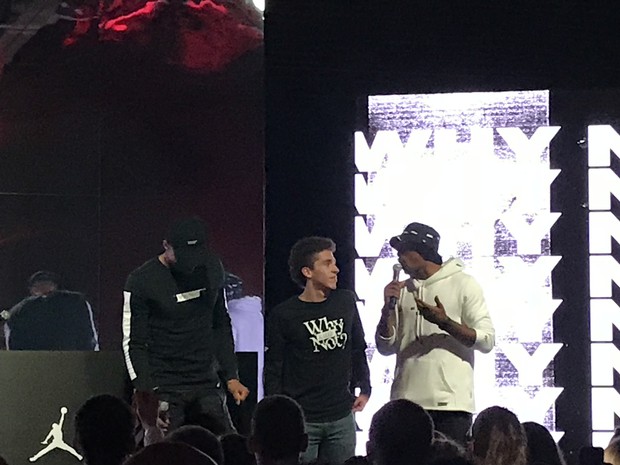 Mike McGarry and Greg Osborne (pictured below) guided both the girls and boys cross country teams to state this fall. The Girls Team finished 3rd and the Boys Team finished 5th overall. 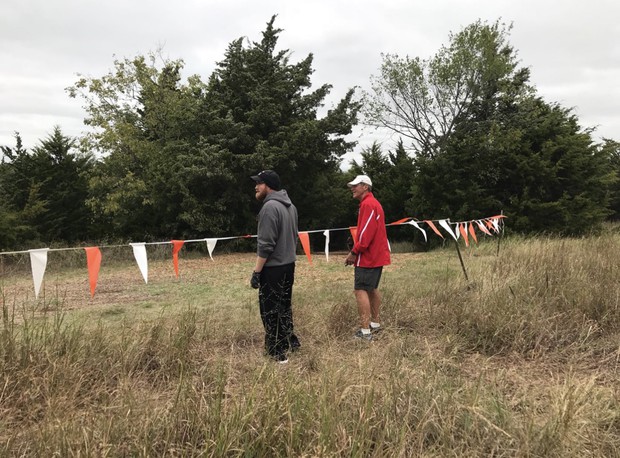 Our Cheer Team qualified for State this year! Pictured below, they put on a tremendous performance in Norman! Our Cheer Team impressively finished 7th in 6A! Cheer Head Coach is Milly Cooper. 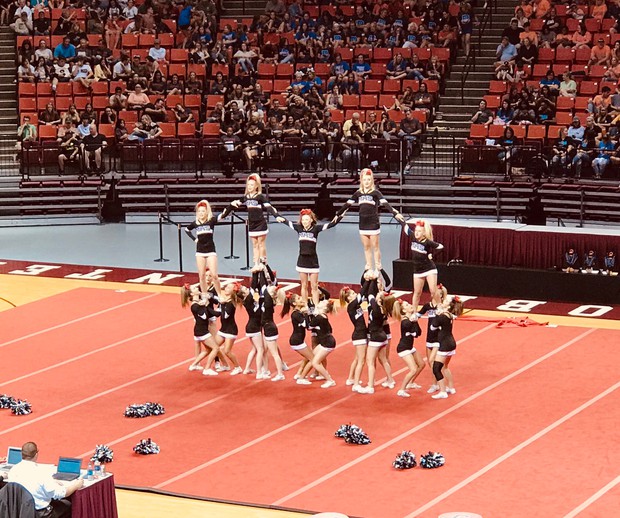 The athletic department is grateful to partner with the following sponsors. Their support is critical to the success and support of our student-athletes and programs.

Oh when those Mustang Broncos fall in line,

For the dear old team we love so well,

We're gonna toss the ball and make a score.

We're gonna roll those MILLERS on the floor, out the door, M.H.S! 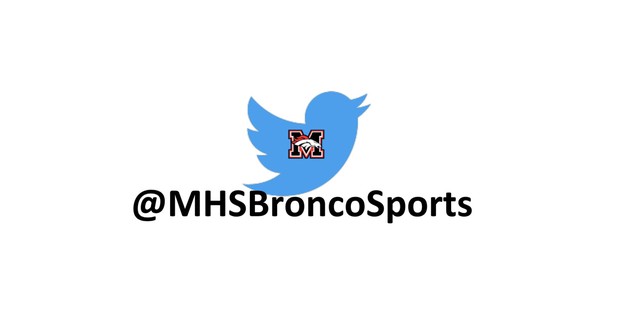 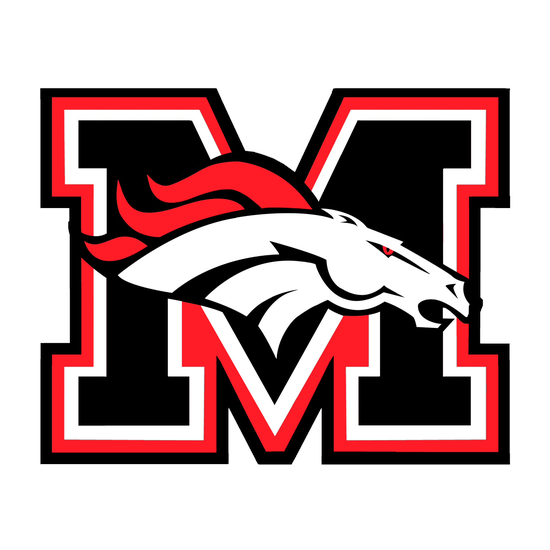