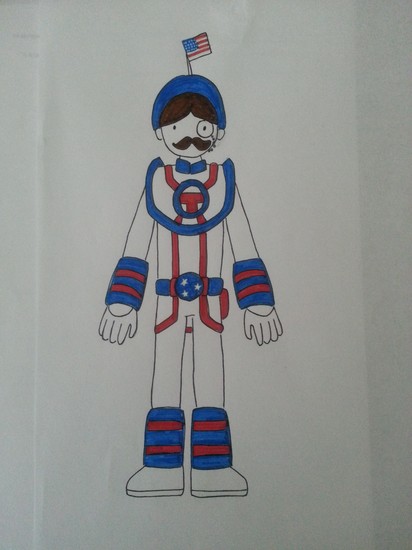 This octopus-looking monster, has giant, strong tentacles as a powerful weapon to capture its victims and strangle them until they are destroyed.

Norris made his famous piece, The Octopus, in 1901.
It attacked corporate monopolies as it described the situation in the growing and distributing of wheat in California and the social and economic problems attached to it. In The Octopus depicted the struggles between the wheat growers and the railway corporation's monopoly.

There exposed was the absurd pricing policies made by the railways and the inhumane treatment towards the Midwestern, Great Plains, and Californian farmers.

While in office, over 44 antitrust suits were made.

The Interstate Commerce Act, although made by president Cleveland in 1887, was important during Roosevelt's presidency because he used it to regulate America's railroads.
The Sherman Anti-Trust Act of 1890 was also made before but important for Roosevelt. It enabled government departments and indivduals to use the court system to break up trusts and monopolies if they harmed trade.

The Northern Securities Case was the first of Roosevelt's anti-trust legislation to fight the monopolies, the monopoly this time was a company controlling railroads from Chicago to the Pacific Northwest.
The Elkins Act was made by the Pennsylvania Railroad to end rebating. Rebates give money back to the businesses who carry large amounts of products on the railroads. A lot of railroad companies disliked it because the companies could threaten to use another railroad if not given the rebate. The Elkins Act gave federal courts the ability to end rebates, the rates were published by the Interstate Commerce Commission.
The Hepburn Act strengthened the powers of the ICC and the federal regulation of railroads. Basically, it was a stronger version of the Elkins Act. The ICC was able to use lawful force and set a maximum rate, it forbade giving free passes with exceptions to employees. Annual railroad accounts became mandatory and were examined by professionals.

Follow Jasmin Hakeem
Contact Jasmin Hakeem
Embed code is for website/blog and not email. To embed your newsletter in a Mass Notification System, click HERE to see how or reach out to support@smore.com
close