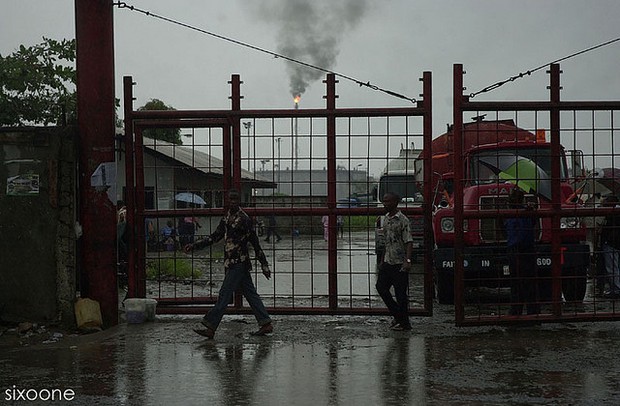 Since oil in Nigeria has been nationalized, the government has worked hand in hand with foreign oil companies such as Shell and Chevron to extract and export their vast natural resources. However, the people of the Niger Delta, especially certain ethnic groups in the region, feel that they have been exploited and deprived of money that has been earned from the oil on their land. In many cases these major corporations have sponsored Nigerian army raids on the different ethinic groups in the region in order to put down revolts. For example, in January 1999, the Opia and Ikeyan villages of Delta State were razed in circumstances linking the American oil giant, Chevron. The invasion by Nigerian soldiers was paid by and ferried in Chevron helicopters. Many were killed and communities were destroyed ("Timeline of Events”). Among many other conflicts between the people and the government and oil companies, in May 2006 a Nigerian court ordered oil company Shell Petroleum Development Corporation to pay $1.5 billion in damages to a host community in the Niger Delta for years of environmental pollution. However, Shell filed an appeal and refused to accept the judgement (Haram). Effectively the oil companies are ruling the Nigerian government and evince no empathy for the inhabitants of the oil rich region. 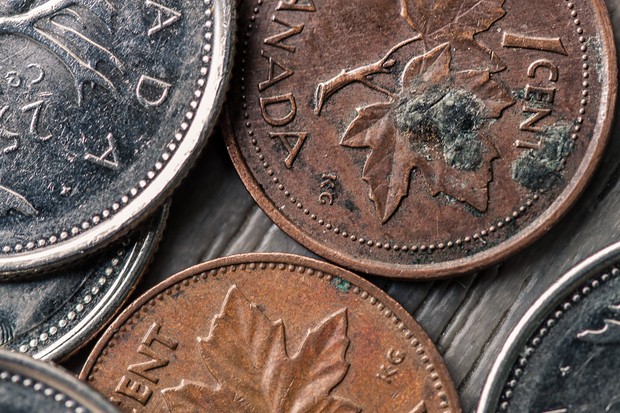 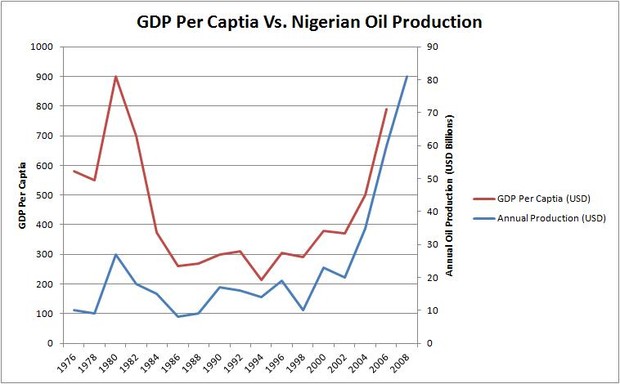 Since the oil industry has grown in Nigeria, the entire structure of their economy has undergone changes. The Nigerian government put large focus on the oil industry, in 2007 “Oil revenue was 80% of the federal budget” (Cioffi). As a result they are heavily reliant on the money they make from oil. This reliance means that fluctuations in oil production and exportation directly affects the citizens of Nigeria and the overall economic well being of the country. This type of economic reliance is dangerous and when rebel groups disrupt the oil companies, everybody is affected. 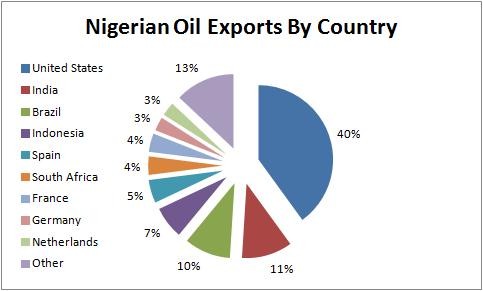 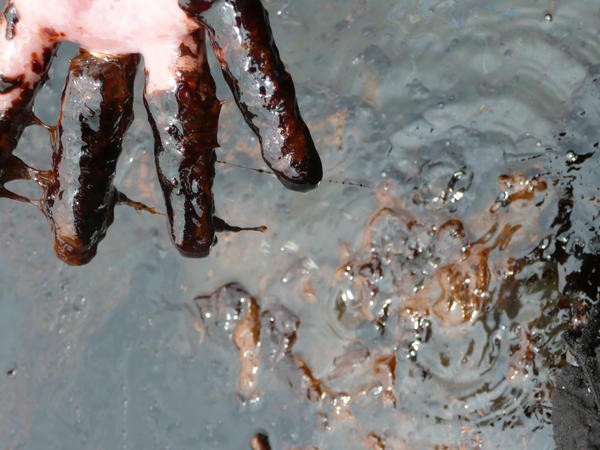 "He cursed the earth for spouting oil, black gold, they called it. And he cursed the gods for not drying the oil wells. What did it matter that millions of barrels of oil were mined and exported daily, so long as this poor woman wept those tears of despair?" 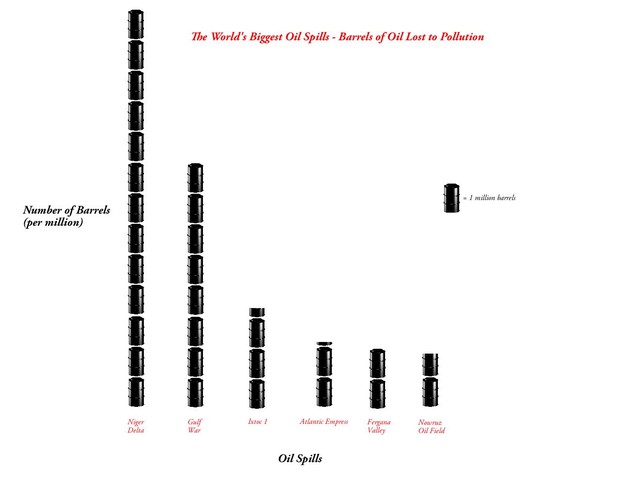 Since Shell introduced the oil economy into the Niger Delta, the environment has suffered detrimentally. The agricultural and fishing communities have lived through insufferable conditions, with oil from the frequent spills polluting the drinking water, fishing grounds, and farmlands ("Ogani"). Furthermore, the Federal Environmental Protection Agency ignored the environment, allowing the oil companies to continue production despite the devastation without any liability. The oil splattering the Delta even lacks attention from most governments, many failing to acknowledge the extensive environmental conflict and that “...the cumulative spills over the past 50 years at approximately 10 million barrels – twice the size of the BP spill” (Sachs). 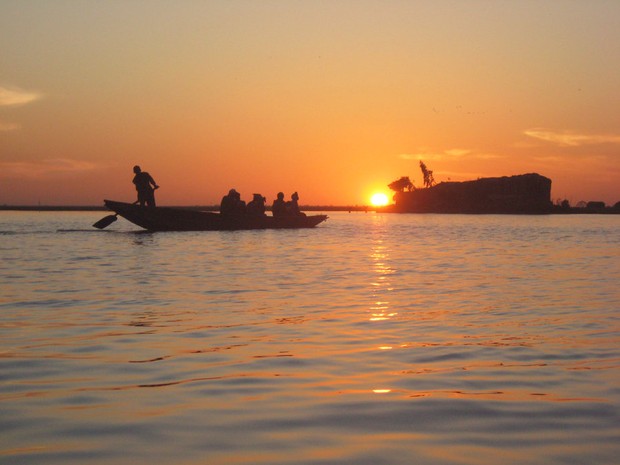 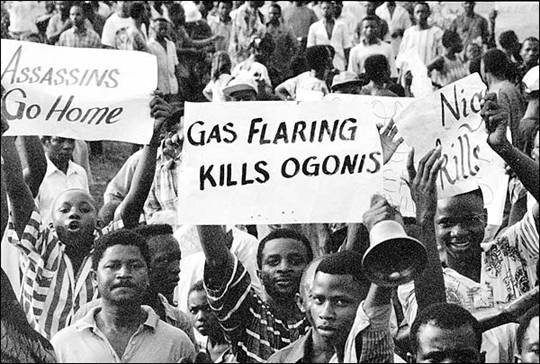 The people of the Niger Delta region are commonly known as the Ogani people, residents of Oganiland and proud to call the Delta their home. Shell and other oil companies alike have taken extreme advantage of the residents of the Delta, usurping their land for oil and deliberately ignoring their protests, often responding with violent action. Ken Saro-Wiwa, the leader of non-violent protest group MOSOP (Movement for the Survival of the Ogani People), was hung for his pleas against the oil companies ("The Case Against Shell"). Despite this, the Oganis have continued fighting for their home with frequent community meetings, written petitions, newspaper publication, rallies, legal suits, organized verbal agitation, and vigils. (Okoh, 10). They continue to promote their Ogoni Bill of Rights launched in 1990, despite the dangers that meet them from the oil companies and the government on a daily basis. 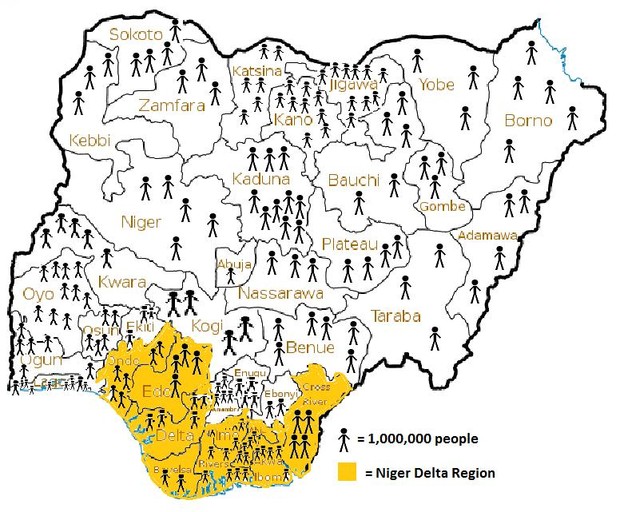 The Niger Delta Region is one of the most dense in the world with 265 people per square kilometer. Overall "130 million people live in Nigeria, [and] 20-30 million in the Niger Delta" (Cioffi). The combination of population density, military presence, and unstable environment leads to an incredibly tough way of life for the inhabitants of the region. “This rich habitat supports remarkable biodiversity – or did before the oil companies got there – and more than 30 million local inhabitants, who depend on the local ecosystems for their health and livelihoods” (The East African). Now that the ecosystems have been effectively destroyed by the irresponsible oil companies, the Niger Delta residents must live in poverty while importing their food. In addition to the environmental woes, "there are said to be 20 fortified militia camps in the Niger Delta' (Cioffi). This leads to much violence in the region and a lack of security for the region's people.

Follow Jakob Cohen
Contact Jakob Cohen
Embed code is for website/blog and not email. To embed your newsletter in a Mass Notification System, click HERE to see how or reach out to support@smore.com
close