Work less. . . our slaves have you covered!

Work less. . . our slaves have you covered! 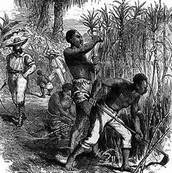 The Carolina's did not only seek to have Indian's as their slaves; Caribbean slavery was imported as well. Barbados, an island in the Caribbean known for their large production of sugar, was home to many of the African people that became associated as slaves with the Carolina's.

A Rough Start to an Uphill Battle Against Slavery

The efforts of the Earl of Shaftesbury and John Locke to launch a new colony led to our arrival in South Carolina at the point of Charles Town – later renamed Charleston. We were immediately impressed with the notable climate that was native to the Carolinas. Every colony, upon establishment, must deal with their relations to the Indians; we did as well. Our relationship with the Indians was complicated. We wanted to monopolize the Indian’s resources and they desired to take ours; it was a competition in which we would have the ultimate success. One Indian tribe, the Westos, introduced Indian slaves to our colony and sought to become a supplier. As the Indians competed for dominance over the slave trade, we looked to eliminate our European rivals. The Spanish, French, and Virginians were soon pushed out of our territory and we were able to maintain peace momentarily. Unfortunately, the slave trade expanded the Indian’s violence which resulted in the Yamasee War. We were pushed back as far as Charleston and suffered the loss of many of our people. The war destroyed any stability that we might have had, and replaced it with weakness and fragility.