A indept look at one defendant at the Nuremberg trial

A indept look at one defendant at the Nuremberg trial

Hans frank joined the nazi party in 1927 hitter appointed him as the head of the general government and in 1939 he was responsible for putting 2.5 million Jews in slave labor. In his trial he denied knowing anything about auschwits.

One thing brought to court was Hans frank diary it states and I quate "The Jews must be eliminated. Whenever we catch one, it is his end"...."This territory [Poland] is in its entirety the booty of the German Reich"...."I have not been hesitant in declaring that when a German is shot, up to 100 Poles shall be shot too."--from the diary of Hans Frank.

Some pictures of him 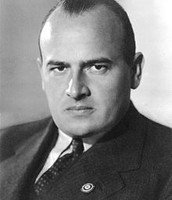 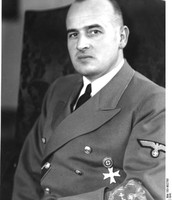