As I sit in my office on this chilly October day I can hear the drizzle against my window and I'm reminded of an article I read about the meaning of water in our lives. In his book Blue Mind, Dr. Wallace Nichols writes about the surprising science behind the human connection to water. He suggests that being near, in, or on water makes us happier, healthier, more connected and better at what we do. Beyond the obvious uses of water for hydration, hygiene, and ecology, there may be a connection between water and human chemistry. "Researchers have analyzed the data of hundreds of studies related to water exposure and affirm the mental and physical health benefits (e.g. related to cardiovascular health, cancer, obesity, depression, and anxiety) that are difficult to always scientifically measure but simple to appreciate whether our experience is “recreational” or “contemplative,” “harvest” (e.g. fishing) or aesthetic. However we act on water, it’s clear it acts on us."

As the fall brings us more rainy days, take the time to listen to the rain and appreciate the importance of water in your life.... maybe plan a winter get away to the beach too. 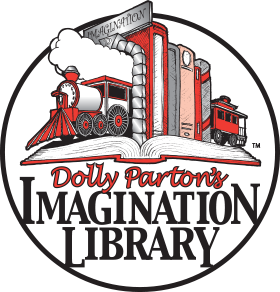 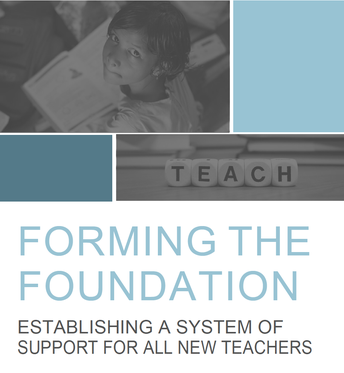 Over the past 5 months Patty Kohler-Evans, Renee Calhoon, Donna Wake, Stefanie Sorbet, along with the assistance of our wonderful Technology Learning Center, have worked together to create an administrator's guide entitled Forming the Foundation. With the data that Donna Wake has pulled from her research of recent completers we have found 3 specific areas that align to the TESS rubric in which our recent graduates expressed were areas of need as they entered their new profession. This guide for administrators outlines and details many supportive strategies to help new teachers in the three areas of managing student behavior, family communication, and classroom management. Forming the Foundation provides strategies to support new teachers as well as a thorough list of specifics, such as special education, lesson plan expectations, school-wide rules and procedures and more, that many new teachers may not even know to ask or administrators know to provide.

The guide is in the final stages and in September we met with Dr. Julie Workman of Arch Ford, and Sandra Hurst, DESE Director of Educator Effectiveness, to present our guide. They want to utilize the guide to best support their new teachers and principals as they hire new teachers in an effort to improve teacher retention. We have also been invited in the near future to train administrators and other trainers statewide on Forming the Foundation as a way to continue supporting our recent graduates and continue communicating with our community partners. 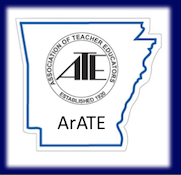 Dr. Amy Thompson and Dr. Nancy Gallavan - Closure is not Optional in Face-to-Face or Online Classrooms

Ms. Catherine Miller and Dr. Nancy Gallavan - Becoming an Instructor in Higher Education during COVID-19 and Calls for Social Justice

For more information about ArATE please go to http://arkansasate.org.

Ashley McCarty, Middle Level Education Internship I student, taught a math mini lesson for her classmates on the coordinate plane during a round of peer review lessons on September 28, 2020 at Mashburn Hall. The activity she facilitated challenged student pairs to socially distance while competing in a Harry Potter style math game complete with coordinate plane playing fields, golden dragon eggs, and Hogwarts capes! It was a beautiful fall day for outdoor learning. 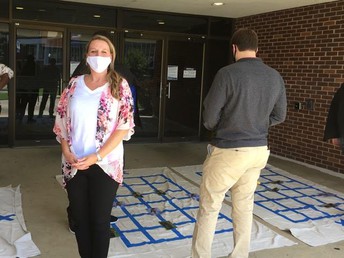 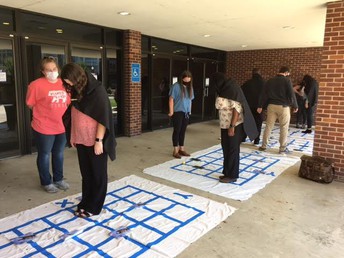 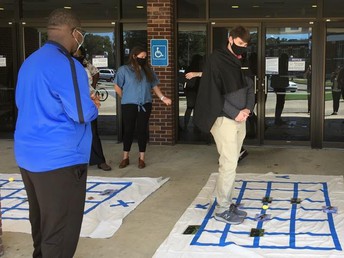 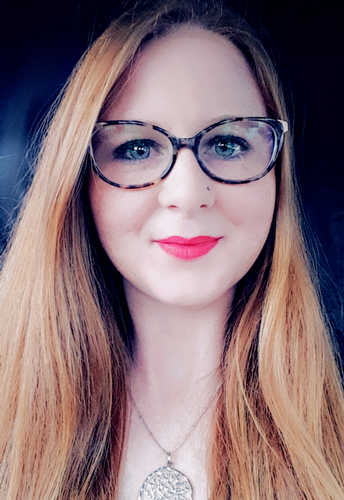 Throughout Ashley's years in education, she spent most of her career as a school librarian. During this time she has worked with students in all grade levels (K-12), as well as led professional development for educators, including at national conferences. She has also been an Instructional Technology Coach and a third grade literacy teacher.

She has been the recipient of the following awards:

Ashley is a passionate advocate for student voice, blended learning, creating a growth mindset in education, and using social media to enhance learning and as a tool to advocate for public education. 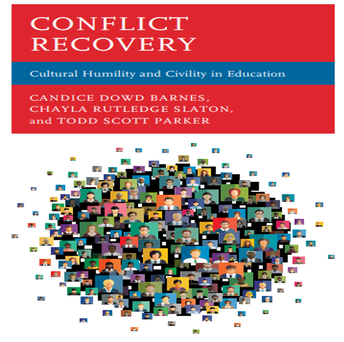 Dr. Barnes said, "Conflict Recovery refers to the way someone engages cultural humility and civility to realign a relationship. The concept is grounded in how your personality breaks through a persona to inspire authentic and genuine interactions. As we navigate through the current social justice and cultural re-awakening in our country, recovering from conflicts will be critical. This book offers activities for school personnel and higher education to consider, as we move forward in actualizing humility and equity." 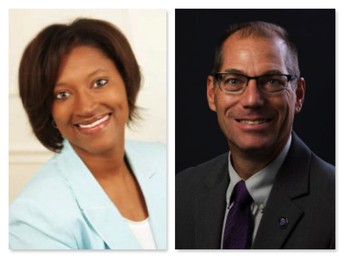 For their article, Teaching Preservice Teachers About Microaggression: Knowing It’s Just a Pencil, Dr. Green and Dr. Nadelson developed and conducted a transformational learning action research project that included lessons focused on microaggressions and implicit bias with field experience. Their results indicate that the lesson increased the pre-service teachers’ knowledge and awareness of microaggressions and personal biases, which have implications for teacher preparation programs.

To read the article please go to http://www.practicalteacherresearch.com/uploads/5/6/2/4/56249715/teaching_preservice_teachers_about_microaggression_knowing_it’s_just_a_pencil.pdf 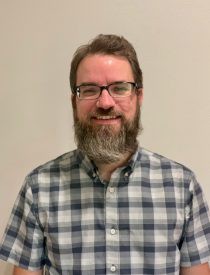 Dr. Kevin Powell, Assistant Professor in the department of Leadership Studies, recently had an article published in the Sept/Oct 2020 issue of Teacher Librarian. The article is titled “Batter Up: Exploring Sports Texts in the School Library." In the article, Kevin offers a review of the literature on what sports texts may offer that other texts do not, recommendations of sports texts, and sample instructional activities for using sports texts in school library settings. 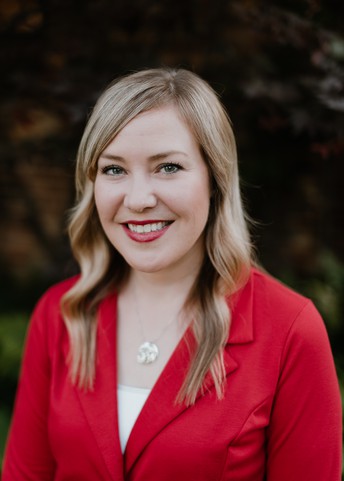 Congratulations to Susanna Post for being named the 2021 Arkansas Teacher of the Year. Susanna is a graduate of the Master of Arts in Teaching (MAT) program at UCA. She also holds a Bachelor of Science in Mathematics with a minor in Computer Science from the University of Arkansas, and a Master of Education in Rural and Urban School Leadership from the University of Arkansas at Little Rock. Susanna teaches math and business in grades 9 through 12 at Belle Point Alternative Center in Fort Smith.

Susanna brings a wide range of knowledge and diverse experiences to the classroom. After her first year of teaching, a family move resulted in her transition to the business world where she began working in the oil and gas industry. She attributes her business experience to much of her classroom success as a teacher who favors project and problem based learning. In 2016, Susanna returned to teaching and began working at Belle Point Alternative Center in the Fort Smith School District. In addition to math and business, she has taught oral communication, literacy intervention, coding club, and ACT prep.

Beyond the classroom, Susanna serves on the school’s Guiding Coalition, develops policy as her school’s PPC representative, assists on the district’s secondary math curriculum development team, is part of the district’s Aspiring Leaders Institute, and works as an expert facilitator to coach other teachers in problem and project based learning. Susanna's teaching philosophy is that every student can succeed. She believes that relationships foster student success and she strives to connect students with content in a meaningful way to help them realize their potential.

We reached out to Susanna and she said, "Becoming the 2021 Arkansas Teacher of the Year is the opportunity of a lifetime. I will have the chance to travel, to share what I have learned, to advocate for teachers and students across the state, and to promote my platform, Closing the Empathy Gap. I will also get to serve as a non-voting member of the Arkansas State Board of Education. This is so much bigger than any personal accomplishment. When I learned that I had won and was asked to respond, the first thing I said was that this doesn’t happen in isolation. I have been surrounded by a team of great teachers, worked under incredibly supportive administrators, and learned from excellent professors. Before, my voice reached the students in my classroom. Now, I have been offered a much larger platform. I have the opportunity to give back, and I don’t take that lightly."

When asked about her time at UCA, Susanna added, "I loved my time at UCA and attribute much of my classroom success to the outstanding training I received while I was a student there. I considered several alternative routes to licensure, but I ultimately decided on the MAT program because it seemed more geared toward working professionals. After orientation, I knew I had made the right decision. The professors were caring and energetic. The coursework was rigorous and relevant. And there was a synergy with my classmates that pushed me to be better. I became equipped with highly engaging teaching strategies and a deep understanding of student motivation that secured me early wins in my classroom. In retrospect, UCA was a critical decision, and I will be forever grateful for my time there."

Where Are They Now:

The COE Newsletter encourages you to share UCA COE alumni stories. "Where Are They Now" articles will highlight our alumni and their impact. Please share your story by going to http://uca.edu/go/COEAlumni. 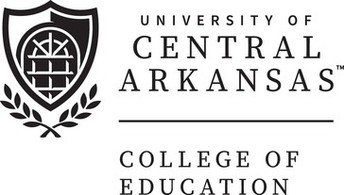 Dahlia is a 2009 graduate of UCA's CSPA (College Student Personnel Administration) program. She is the Assistant Dean of Students for Diversity, Inclusion, and Residential Services at Shenandoah University (October 2020). Prior to her current position, Dahlia served as the Assistant Director for Residential Education at NC A&T State University (2016-2020). 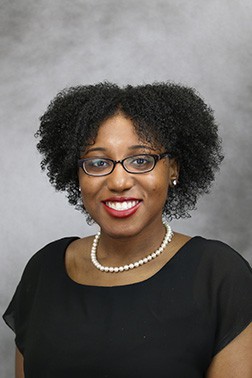 Since graduating in 2017, she has continued to work in Student Affairs. Currently, Desiree is a Residence Hall Director at the University of Georgia and getting her Doctorate of Education there as well. Desiree is studying Student Affairs Leadership. She is also involved with the Southeastern Association of Housing Officers (SEAHO) and serves on its programming committee. 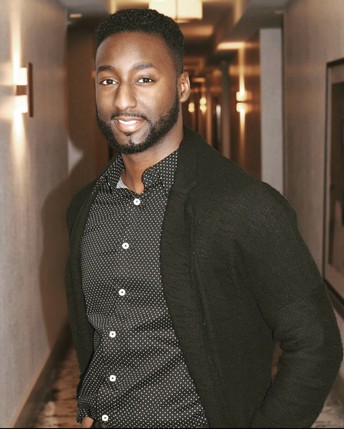 For the past two years, Aarsenio has served as the Assistant Dean and Director of the Office of Student Engagement at Lehigh University in Bethlehem, Pennsylvania. His office oversees clubs and organizations, leadership education, and programming for a campus population of about 7,000 students. Aarsenio's personal interests have evolved into delivering trainings and workshops centered on emotional intelligence, leadership education, diversity and inclusion, and personal development and team dynamics. He added, "I miss my #Team2013 cohort and am extremely proud of the growth of the program over the years."

Every year when I do the annual report, I'm amazed at the productivity of the college collectively and with your individual accomplishments. Once again, thank you for your hard work and commitment to excellence.

Missed an issue? You can view past issues of the COE Newsletter by going to https://uca.edu/education/coenewsletter/.