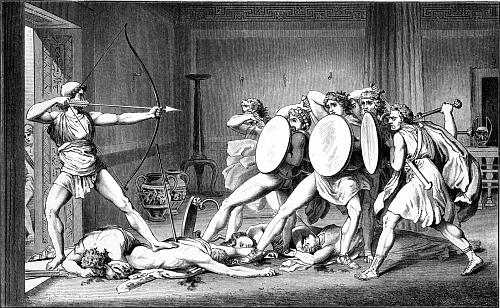 Telemachus becomes aware of what he must do. He must tell the suitors to wait a year to wed his mother. The suitors are not happy with this at all. He is visited by Athena and must carry out plans given by Zues. He prepares to leave, in order to find word of his father, Odysseus. Telemachus does not tell his mother that he is leaving. 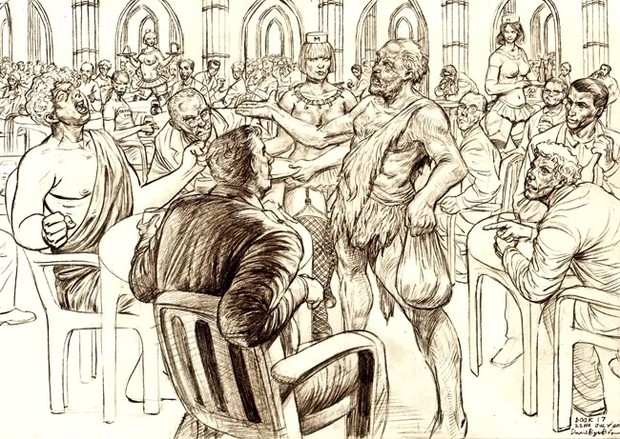 Telemachus calls an assembly of the Acheans. He complains of the suitors who have rudely caused evil in his home. He is told to send his mother away or have her married to a man. He decides to go on a journey to Pylos in order the find the fate of his father. He is taunted by the suitors, but he doesn’t tell his mother or the suitors that he is leaving. Athena accompanies Telemachus as Mentor on the trip to Pylos. 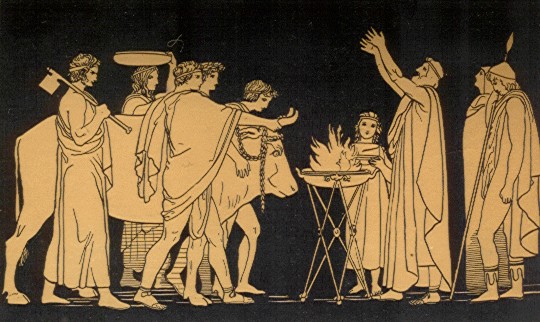 Book 3: A Talk With Nestor

Telemachus rolls up to Pylos where he witnesses a bull sacrifice by Nestor (as seen in picture above). Telemachus and Athena meet the King of Pylos, Nestor, and he offers them food and drink as part of the feast. Athena, Telemachus, and Nestor get to talking about Nestor’s relation to Odysseus and their struggles and hardships in the Trojan War. Telemachus then proceeds to inform Nestor about the suitors and their disturbance in his home. Nestor refers Telemachus to his son, Menelaus, in Lacedaemon, for more information about Odysseus during the Trojan War. Before departing to Lacedaemon, Athena and Telemachus stay the night in King Nestor’s Palace and make a sacrifice for Athena in the morning. 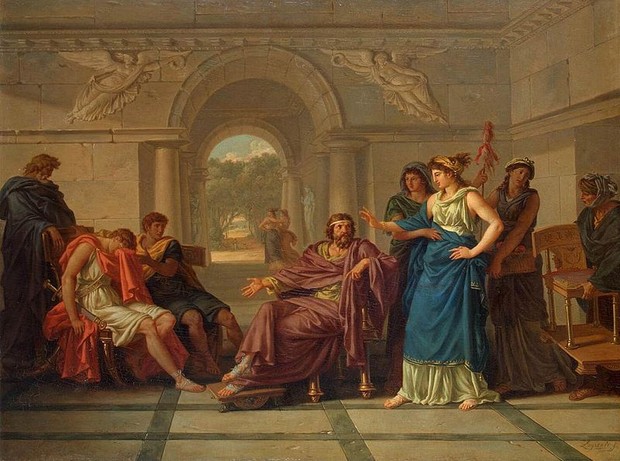 Book 4: Telemachus Sets Out for His Father

Menelaus tells about his wealth during the feast, where Helen, Peisistratus, and he discuss Telemachus' resemblance to Odysseus. Helen found a way to drug the wine in order to allow the men to talk about Odysseus without feeling grief. They continue to discuss and reminisce about Odysseus until Menelaus finally asks what Telemachus is at his palace for. Telemachus tells him and asks how Odysseus died, only to find out that his father might still be alive. Back at the Odysseus' Palace, Antinous finds out about Telemachus' trip and plans to ambush and kill Telemachus when he returns, with the help of the other suitors of course. Penelope also discovers Telemachus' absence and becomes sad, before praying to Athena.