steve is using Smore newsletters to spread the word online.

Get email updates from steve:

Irrigation is the watering of land by artificial methods. Without irrigation, agriculture is limited by the availability and reliability of naturally occurring water from floods or rain. Drip irrigation is widely accepted as the most efficient irrigation technique as it allows high uniformity of water and nutrient application

A drip irrigation system comprises many components, each one of them playing an important part in the

operation of the system.

The aim of this chapter is to provide an overview of the drip irrigation system components, their functions 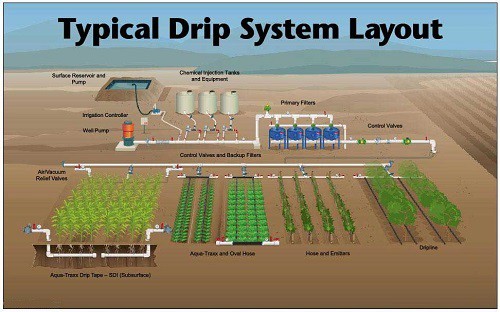 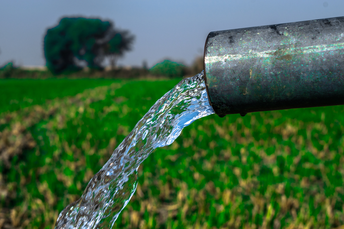 There are basically two main types of water sources: groundwater and surface water:

Many existing and potential water supply sources for irrigation systems are derived from surface water,

which does not tend to have high levels of salts (with the exception of some coastal areas), and thus

systems are usually less prone to the formation of precipitates in drippers when using a surface water source.

Surface water, however, tends to introduce biological hazards. If wastewater is being considered as a

source, quality and clogging potential will vary depending upon the extent of treatment.

Groundwater is generally of higher quality than surface water. However, iron and manganese levels should

be measured, as high levels may lead to dripper clogging, and treatment may be required.

entity supply, a pre-existing pump upstream from the irrigation system or gravitational pressure*), a pump

will be needed to push water from the source through the pipes and drippers.

due to the weight of the fluid above it. If the water source is at a higher elevation than the drippers in the

field, the elevation difference between them will determine the gravitational pressure in the system

(e.g. the water level in a tank is 5 meters above the elevation of the pump's axis, the gravitational pressure

Poor pump selection can lead to high operating costs and shortened pump life; this in turn impacts on the

performance and reliability of the whole irrigation system.

When a pump site is selected it is necessary to consider a range of factors, including availability of power,

proximity to the development site and water quality issues.

Power source for the pump

In most instances, electricity is preferred because of reduced labor requirements and higher efficiency,

If electricity is not available, alternative power sources such as diesel, gasoline, or solar may be used. The

most common alternatives are gasoline engines for small pumps and diesel engines for larger pumps. 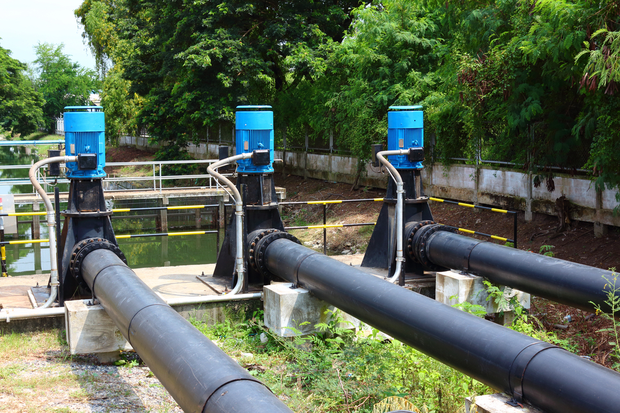 operation and long-term performance, as it prevents the irrigation water from clogging the drippers.

components in the water.

according to the irrigation program.

Causes of dripper clogging in systems may be chemical (precipitates or scale), physical (grit or particulates

such as sand and sediment) or biological (such as algae or bacteria).

dissolved in it. These dissolved substances include ions of dissolved salts such as chloride, sodium and

nutrients (nitrogen, phosphorous, potassium and others). Calcium and magnesium influence the hardness

of the water, iron and manganese are liable to be found either dissolved or as a residue, along with other

The biological characteristics of the water quality include a variety of living organisms such as microorganisms, including bacteria, viruses, single celled entities, algae and zooplankton, which develop in open

water along with creatures developing within the water transport system itself.

affecting the crop, the soil and the irrigation system. Some of them are listed below:

• pH (level of acidity or alkalinity)

• Ca (calcium - hardness of the water)

*When waste, industrial effluent and/or recycled waters are used.

steve is using Smore newsletters to spread the word online.

Follow steve walton
Contact steve walton
Embed code is for website/blog and not email. To embed your newsletter in a Mass Notification System, click HERE to see how or reach out to support@smore.com