K- CCGPS.K.4: Understand the relationship between numbers and quantities, connect counting to cardinality

1st- MGSE1.NBT.1 Count to 120, starting at any number less than 120. In this range, read and write numerals and represent a number of objects with a written numeral.

MGSE1.MD.4 Organize, represent, and interpret data with up to three categories; ask and answer questions about the total number of data points, how many in each category, and how many more or less are in one category than in another.

5th- 5.NBT.3a How do I read and write decimals to thousandths using base-ten numerals, number names, and expanded form

5.NBT.1 How does the position of a digit in a number relate to its value?

Additional assignments will be given to access students' goals progression.

Every Friday is MAD MINUTES and Goal Assessments 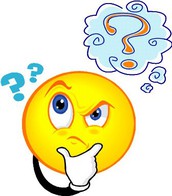 If Mad Minute scores go up each week, students earn a doughnut or other treat.
mackeyk1@fultonschools.org