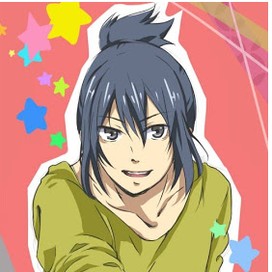 Get email updates from Libby:

Johnny was part of an amazing family of Irish Elks. People called his family many names like “Giant Deer” and “Megaloceros Giganteus”. Johnny’s family was known for being the largest, biggest-antlered and most attractive family. His family lived throughout the Pleistocene Epoch and Holocene Epoch, which was roughly 2.6 million - 11,700 years ago; around the time of the most recent ice age.
Johnny was a ladies man. His antlers were some of the biggest and that made all the ladies interested. Each antler of Johnny’s was at least 4 meters and he was at least three meters tall. All the other male elks were jealous of Johnny’s antlers and fought with him when Johnny tried to steal a lady that the other male was interested in. 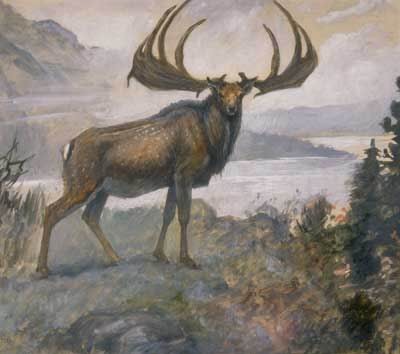 Johnny has just recently moved to Ireland from other parts of Eurasia towards the end of the ice age. Since Johnny was a grazer, he ate grass from the large grassy fields in Ireland. Johnny was a large, well built and a strong elk. He would run throughout the fields swiftly when in danger of any approaching predators . His strong spine and vertebrae held his head upright and prevented him from falling over from the weight of his antlers. Johnny was sometimes jealous of the females because they didn’t have to lug around his 40 kilogram antlers. But he didn't care too much, his antlers made him look really attractive. 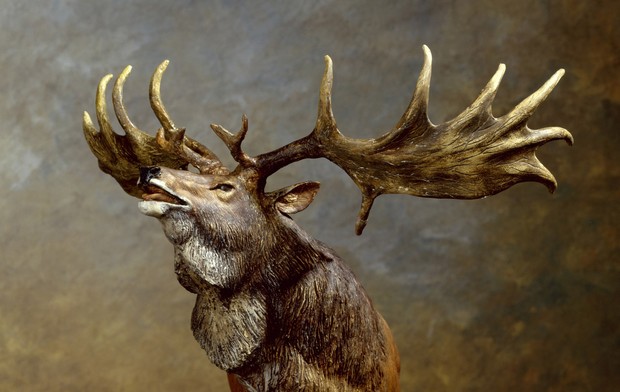 The Tragedy of the Changing Climate

It was quite cold in Ireland, but Johnny’s family during the ice age has adapted to the low temperatures. Although, as the ice age neared it’s end, cold water from the polar ice caps flowed down and came to Ireland. Temperatures were rapidly decreasing and Johnny and his family could not adapt quickly enough. The food source decreased and Johnny’s family went into a state of starvation. Johnny died tragically from freezing to death and an empty stomach. Johnny’s remaining family moved to Scotland and were able to live for a little longer. Though, Scotland wasn’t the best option either. The dense forests were bad for the elk’s antlers, and environment was hard to adapt to. The family was an easy target for neanderthals to hunt and were later killed off one by one.

Johnny's distant cousins, the fallow deer, were the only ones that were the closest to Johnny and his fellow Irish Elk brothers and sisters.

Give Us Your Money

We all mourn over out loss for Johnny, and only for a penny a day, you can help build a memorial for Johnny and his family. They fought hard for millions of years. Visit https://sites.google.com/a/abschools.org/memorial-for-johnny-the-irish-elk/home for more information. Give us your money. Please. Please donate for this great cause.

Please, also listen to this song below to remember our fallen elks.

Follow Libby D
Contact Libby D
Embed code is for website/blog and not email. To embed your newsletter in your email, click HERE to see how or reach out to support@smore.com