Once upon a time, there was a zebra without stripes. This zebra was teased all day and everyday, just because she was all white. One day, she decided to go sit by the old, lonesome mud-pool in the Savannah. While sitting and thinking by the pool, a young jackrabbit -who sought amusement- found the zebra and decided to pull a trick. "So!" said the jackrabbit, startling the zebra, "I here your in need of your stripes!" "Yes, but..." the zebra started but the jackrabbit interrupted, "LOOK NO FURTHER!" he bellowed as loud as he could. "I'm a... a... A MIGHTY WIZARD! Who can grant any wish, you know." This shocked the zebra who then got excited and began to prance around, believing everything she heard. "So, could you umm.. you know, give me stripes?" she asked shyly. The clever rabbit replied with,"Huh.. I was hoping you wouldn't ask... You see, I only grant GOOD wishes.. Not puny ones, like yours." "But! Wizard! You said you would grant EVERY wish!" she complained. The jackrabbit thought for a minute then agreed, "...Fine. I will grant your wish. close your eyes. It's the only way my magic will work." The zebra did as she was told, barely able to contain herself. The jackrabbit acted quickly, dipping his fingers, paws, and ears in the mud, and trying at the best of his ability to smear stripe-like shapes all over her body. "K," he said finishing it off, "open your eyes!" but just as she did he was darting into the bushes. "Oh!" the zebra gasped, "AHHHHHH! I LOVE THEM! Thank you almighty rabbit!" she squealed. The jackrabbit laughed with joy and foolishness of the zebra. The zebra was thrilled and couldn't wait to show the other zebras. Oh how those others will be so jealous! She walked back, strutting her stuff. All the zebras crowded around her and soon she was super popular. Finally, when she thought her life was going swell, she dipped in the old pond for a swim. All the zebras gasped and cried "Her stripes! Her stripes! Their gone! Their gone!" The zebra was confused at first, but when she got out of the pool, her stripes were gone... From then, she was treated poorly, and then she learned to not be so foolish ever again.

The reason why I chose this moral -don't believe everything you hear- is because of these few reasons. The moral goes perfectly with the story because the zebra is tricked into the jackrabbit being a wizard, when really, he was a young boy looking for amusement. When she decided to go tell everyone she, too, had stripes, she was embarrassed because the stripes were actually just splashes of mud. 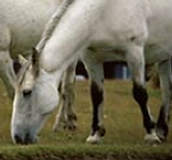 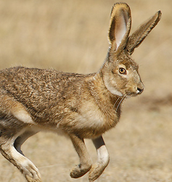