tina is using Smore newsletters to spread the word online.

Get email updates from tina:

The Greatest Country To Live In!

Is Canada the greatest country to live in?

The Greatest Country To Live In!

Is Canada the greatest country to live in?

Here in Canada, every Canadian citizen or a permanent resident has the privilege to access free education. In order to continue with your studies you need to start your education from grades kindergarten to your grade 12 year in highschool. To extend in your studies you must graduate highschool with 30 credits. After that step in your life is successful you may start applying for universities and or colleges. You may also go straight into working. Schooling is all provided by our Canadian government and is paid for.

We have many weather conditions around the country. Having our all 4 seasons can all have its advantages and disadvantages. The advantages could be having the right season to play each sport. Like in Winter you could play hockey and in the summer you could play basketball. Canada experiences very cold winters to hot summers. Since Canada isn't mostly elevated it doesn't have harsh weather like other countries may have. Since we have a great location and not so harsh weather conditions having a natural disaster like earthquakes aren't gonna be likely to happen. There are no known faults that would cause plate tectonics to react and cause earthquakes. Climate change affects our day to day lives, due to the snow conditions and or the heat, but Canada provides great activities to enjoy these changes! Canada has large forests such as Deciduous and Boreal. Forestry jobs offer a high pay due to the less people interested working in this particular field.

Canada uses oil and natural gasses as their energy sources. I think instead Canada should be using Hydroelectricity or more solar electricity. These two alternative sources are both beneficial in many ways and is a profitable energy source. Hyrdo and Solar power are both clean natural sources.These resources do not release any fumes or harmful chemicals into our environment. Using Hydro and Solar as our energy sources help decrease the pollution and any illnesses that come along with these chemicals. They also help with global warming as where hydro power does not collect heat and is usually cool temperatures. We have many dams built during the course of many years for the usage of the thousands of people living in Ontario. As long as we have our dams running our hydro power wont be affected as long as our dams keep running.

Canada's population is increasing rapidly over the course of the years with new races and cultures. A majority of our population grew here in the year 1960. After World War Two (WW2) there was a higher then normal amount of kids after the soilders returned home. This was called Baby Bloom. The Baby Bloom made a huge impact in Canada but over the years as they grew older, Canada needs more immigration to keep our population high. Meaning it'll be easier to immigrate to Canada. Every year Canada accepts around 250.000 people. We are accepting less now then in 1940's. Canada doesn't experience wars or deadly contagious illnesses but even still we put in large efforts to increase our population.

Canada ranks number 15 on the lists of countries gross domestic product. It ranks number 15 with $1.827 trillion USD. You can calculate a countries GDP by adding up how much everyone who works there makes in a year. The gross domestic product (GDP) is very important as it represent the total of a dollar and shows its values. Another way to calculate the GDP of a country, you can add up how much each person spends a year. They're usually around the same 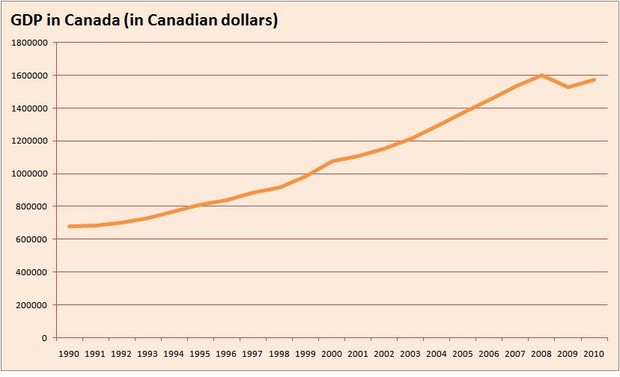 Urban Sprawl is uncontrolled expansion of urban areas. Having a sprawl comes with many side effects as this is rapidly growing this is effecting wildlife, more traffic and increased pollution in the environment. The building of buildings such as commercial buildings and or recreational buildings take away much of our un developed land. Even though this is an issue I still do believe Canada is the best country to live in due to its other wonderful benefits. Instead of having these building's being made there would be more farms and or just more grassland in general. 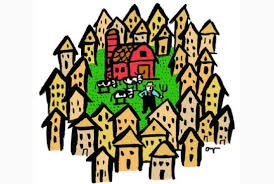 This image right here, is an representaion of whats happening in our community.

The top three languages the First nations spoke were Anishinaabe, Mi'kmaq, and Cree. Hunting was what they were best at. Hunting animals and trapping them came as a skill. This was their main food resource. The first nations grew tobacco plants and smoked. Now days not all first nations still do. With a total of 190,000 speakers in some provinces First Nations languages are official. 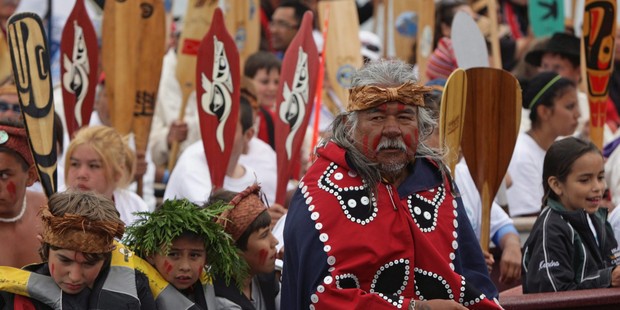 tina is using Smore newsletters to spread the word online.