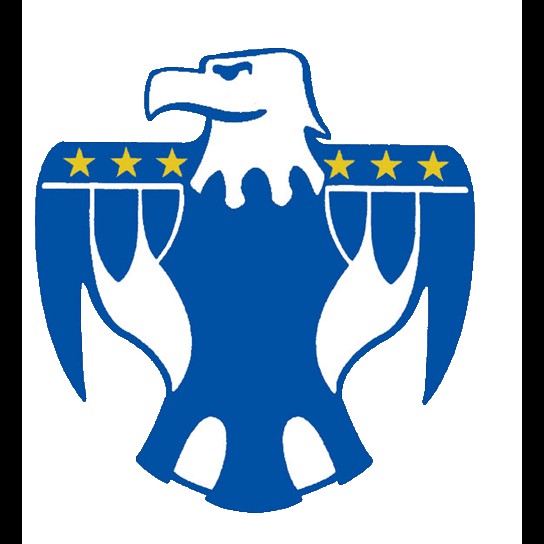 Get email updates from Circle Middle:

The Circle School District has an exciting opportunity to make improvements to our school buildings with a specific focus on the safety of your students. With today's historically low-interest rates and a growing tax base, the cost of improving facilities and education in Circle Schools gives us a great opportunity to make needed improvements in our District. Below is detailed information about the upcoming Bond. Election day is April 28, 2020.

CMS would like to inform you about the new Transportant stickers our students were assigned over the last few weeks. Transportant is not a tracking device to monitor your child's' movements outside of school. This is a means for our Transportation Department to have a real-time account of which students are on which buses at any given time. The use of these stickers would allow our District to pull a roster of students in real-time to provide to first responders in case of an emergency. This is just another level of security that our District is providing for our students and their families. If your child is not a normal bus rider it is still important for them to have a tracker in case they are in an extracurricular activity, on a field trip or any other activity that would require them to ride a bus. In the future, there will be an app so that you can track your students while they are in transit between home, school, and activities. We will let you know when that app is available. 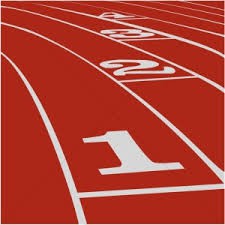 The boys' basketball teams wrapped up their seasons with the league tournament in El Dorado. Both teams made it to the finals. Our 7th-grade boys defeated Augusta and claimed the Patriot League East Division title. The 8th-grade boys lost a close game with Augusta and finished 2nd. Both teams finished the season with 14-1 records. Congratulations to the boys, the coaches, and all who supported them throughout the season.

Both Scholars Bowl teams finished their season at the league meet held here at Circle Middle School on February 4th. Our 8th grade finished in 2nd place and the 7th graders were 5th.

Circle Middle School sent four 7th and four 8th grade students to the league math relays event at El Dorado on March 3rd. Both grades were one student short so they did not place as a team (we had the teams set but due to illness two students couldn’t attend). As of this time, individual results have not been provided. 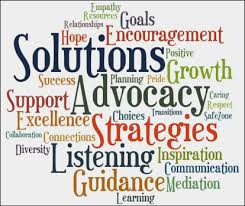 This is an exciting time of transition for 6th, 7th and 8th grades in our district. The 6th-graders had a visit from CMS Administration in February about becoming Middle Schoolers and will begin enrollment after Spring Break. 7th-graders are excited about becoming experienced 8th-graders. And the 8th-grade class just finished a trip to CHS to learn about becoming High School students and will soon begin the CHS enrollment process. Please take the time to talk with your students and learn about their goals and plans for the upcoming school year. If you have any questions, let me know. I am here to help your students. 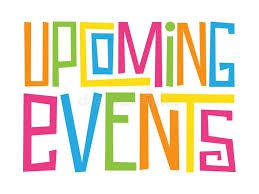 As always, all games are listed in our District calendar or check out our new website and app to keep up with our Track season at https://www.usd375.org/

Friday, February 21, CMS 7th grade students had the experience of Finance Friday. Finance Friday was totally developed by Laura Jensen and shared with our CMS students. During this time, different scenarios were presented to the students about the math they have been using in grade school through pre-algebra and how it is used in real life.

A bank teller has a drawer of money that has to be bundled correctly and sold to the vault and then there is some cash left in the drawer. The students calculated the bundles and leftover cash. If it was not correct, they did it again; just like a bank teller. Just like on an assignment with an incorrect problem. Doing the problem over helps students prepare for a job where a task needs to be done again.

The last scenario still incorporated the knowledge of percents to calculate interest on a $50,000 investment. Once the annual percentage was calculated, then the students calculated the percentage allowed to be used for scholarships.

It was a great day of learning and applying math skills to the real world. 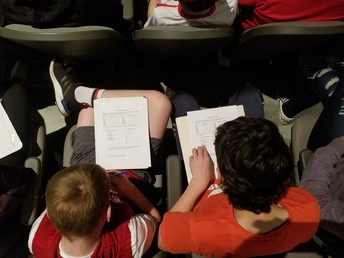 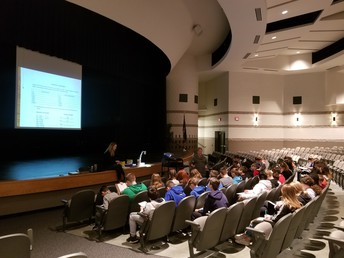 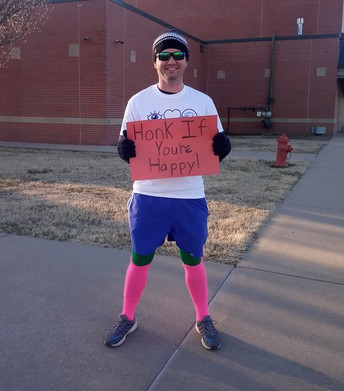 This semester, we have been digging deep into Genetics and Heredity! Students made their own "Emoji" based on random traits they received from flipping a coin. One student even managed to randomly flip a Spongebob! We have also just started our unit on Evolution and Natural Selection. We started by addressing misconceptions about the topic, and have been working on unpacking the variety of evidence found in our natural world. I believe it has been enlightening for everyone!

Students have examined the political struggle between France, Britain and the USA. This includes how the USA was challenged by other nations to support or stay neutral to their causes. They understand what key events forced America into the War of 1812.

They have learned what pressures and opportunities America faced as the young country expanded west. Specifically, students have explored the main goal President Jefferson gave Lewis and Clark after the Louisiana Purchase.

Currently, we are studying the path of differences widening between the north and south regions of America. Students are learning about the decisions made by leaders of the country, the geographic differences and the beliefs of the people, which are drawing the country closer and closer to the Civil War.

We have had a wonderful time diving into our Global Unit novels over the last few weeks. We have read, reflected upon and discussed the novels in-depth, examining serious issues such as immigration, genocide, women's rights, and poverty. All of this has taken place in the context of collaboration with four other schools around the globe: Japan, England, France, and Vietnam. Students are able to interact through videos, comments, and our unit Instagram account. We will be collecting food to send care packages to our partners and need donations of snack items.

A few weeks ago we turned the classroom into a Hawaiian luau as a fun way to prepare for our chapter test over exponents. The students brought in beach towels, we listened to waves crashing on a beach and tossed around a beach ball with different review problems. Overall, it was a fun way to forget about winter! Next week we will be starting a mini-unit on statistics.

Algebra students are currently learning about Polynomials. This is an extension of a previous chapter when we learned what a Monomial was.

Polynomial comes from poly- (meaning "many") and -nomial (in this case meaning "term") ... so it says "many terms". A polynomial can have constants, variables, and exponents, but never division by a variable. Students are learning how to add, subtract, multiply, factor, and name many different types of Polynomials. Ask your student to show you an example from class!

We have had a lot of different things going on this semester! We started by exploring electricity and circuitry. Then, we have explored some random Space information that doesn't get covered during regular science. We are currently working on a Project-Based/ Personalized Learning project where we "Unpack" a space topic of their choice.

Students had a lot of fun so far building our claw bots in Robotics. We are getting ready to start our Robotics research project where students will individually explore a robot of their choice to report back to the class. 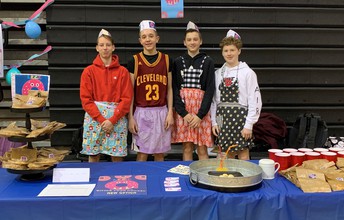 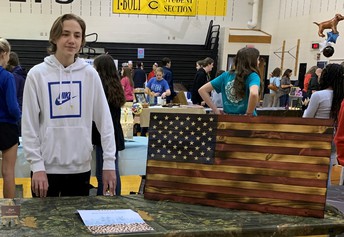 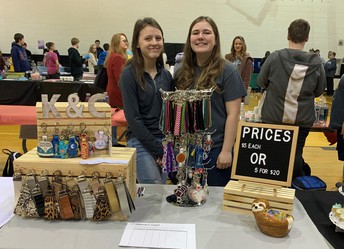 Circle Middle School is hosting the Patriot League East band festival on March 25. A total of 6 schools will attend the event. Each school will bring 1-2 full bands as well as several solos and ensembles. There will be NO SCHOOL that day for students that are not involved with band.

Newman University will host our league vocal music festival on April 1st. All 12 Patriot League schools will be in attendance. A special thank you to NU for hosting again this year.

Congratulations to our CMS Library Winners!

Remember that the Spring Scholastic Book Fair will be March 9th-12th. Students can buy books during the school day and during Student-Led Conferences on the 11th and 12th.

We are still collecting Box Tops, if you have any, please send them to the library.

Otherwise, you no longer need to clip Box Tops! Scan your receipt and earn money for our school. For more information, go to the Box Tops website: https://www.boxtops4education.com/.

All proceeds from Box Tops help to purchase books for our library. 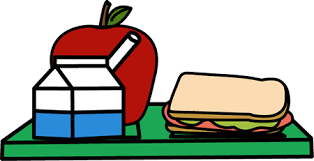 Please keep up to date on your student's lunch account. You can easily pay online at https://www.usd375.org/ Just go to the menu, click on Parent Information and then Efunds Online Payment.

You can also come in and pay in the office anytime or send money to school with your student. 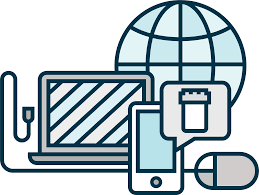 We have two types of policies surrounding Chromebooks: the “I forgot” and actual tech violations.

I forgot-- students either forgot his/her Chromebook at home or forgot to charge it. This is a three-step policy.

Tech Violations-- student is using his/her Chromebook during class but not where they’re assigned to be. For example, a student is playing games or watching youtube videos instead of doing the assigned task. This is also a three-step policy.

Why this matters: At school, we don’t have extra Chromebooks or chargers to loan. If a student forgets his/her Chromebook, they have to do all of the work with paper and pencil. Some of the students’ classes are totally digital. Depending on the activity, paper and pencil may not be an option, examples include PLTW and the ELA classes who are piloting Amplify. NWEA, interims for state testing, and state assessments are all administered via Chromebook. Typically class time is provided for students to work on assignments. If students choose not to use their time wisely or they don’t have their Chromebooks, they get further behind.

Thank you, for supporting and reminding your child about the responsibility involved with the use of Chromebooks.

Teachers have two posters in their rooms that display Chromebook and Electronics policies. Students are aware of these policies, as well as the consequences. Technology violations are as follows:

Step 3 Computer Loss (Two days: the remainder of the initial day plus two). Parent Contact informing the next step. The computer is taken by the teacher, given to Potter with a return date on the computer. DSF Folder with generic assignments in an alternate, centralized locations.

Students are increasingly forgetting to charge Chromebooks, or in some cases, leaving computers at home. We do not have extra computers or chargers for the students to borrow. Teachers are documenting these cases, and the consequences are as follows:

Step 3 Computer Loss. Stays at school for a week.