Glenn is using Smore newsletters to spread the word online.

Get email updates from Glenn:

Chasity has never known what a “normal” life was. She and her mother have been on the run ever since she can remember. They were always going to a new town, she was given a new name and she would attend a new school. One day Chasity’s mother went missing, after the police had found blood that matched her mother’s DNA at the crime scene many people believed she was dead so they placed Chasity in foster care. Although the evidence seemed believable Chasity refused to believe her mom was dead. Over the weeks Chasity was chased multiple times by people she had never seen before trying to kill her. All of these people wanted the same thing, a CD that she had just found recently that had information about a murder apparently her mother’s ex-boyfriend was involved in. Chasity was beyond relieved when she received a text from her mother saying that she was ok and that she would like to meet her so that she can explain everything. When they meet things don’t go as they planned, three people were arrested but in then end Chasity and her mother both return home safely.

-exciting: there was never a dull moment in this book, one thing always led to another, keeping me glued to it.

-thrilling: there were many unexpected twists and adventures that made it very thrilling.

-suprising: many of the things that happen were very unexpected and i never woud have seen it comming, like when her mother ended up being involved in a murder.

I thought this book was very ineresting and it kept me on the edge of my seat. I felt a strong connection with the characters after reading this book aswell.

It was written verry well and i got a clear image of everything.

The author did an amazing job of describing all of the characters.

Was it well Written?

I thought that this book was very well written and it gave me a clear picture of everything that was happening.

Is this book part of a series?

No, this book is not, but i think that there could be many books to follow up on what happened in the ending. 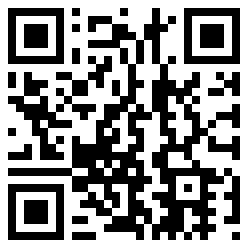 Glenn is using Smore newsletters to spread the word online.