Get email updates from jose manuel:

The government of the ancient Mesopotamians was an unusual form of government. There was a king and nobles who made the law and declared war and decided how to honor the gods.

As they learned how to grow them, the people of the Mesopotamia area planted and grew wheat, barley, dates, cucumbers, onions, apples and many different herbs and spices. They also raised sheep goats and cattle. Thus a civilization grew along the two rivers.

The land of Mesopotamia did not have a lot of natural resources.So, to get the items they needed the Mesopotamians had to trade.

was the god of the sun and justice in Mesopotamian mythology. Its main sanctuary was in the city of Sippar.1 was local god of Babylon (other names Marduk or Merodach) was elevated to supreme god 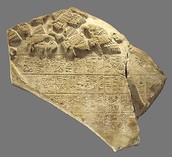 The term refers mainly to this area in ancient times it was divided into Assyria, Babylon north and south. Babylon (also known as Chaldean), in turn, was divided into Acadia (upper part) and Sumeria (lower part) .1 Its rulers were called patesi.