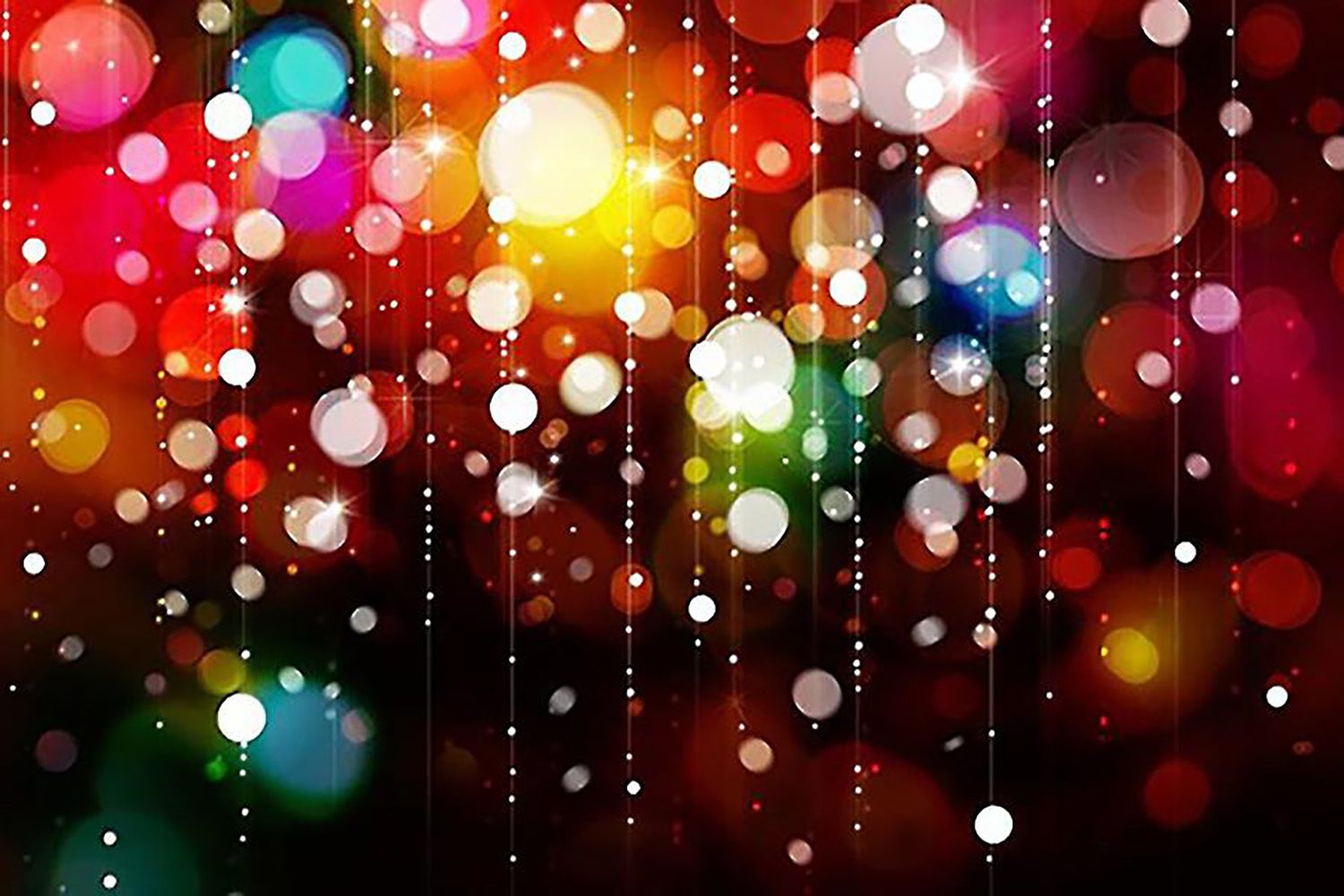 ENGLISH: Need translation? Just click "Translate" at the top of your screen!

This is the third of ten Smore newsletters to be distributed this school year with the goal of sharing District calendar dates, school-related appreciation days, national recognition celebrations, and if applicable, related community events.

If we are missing anything or you wish to contribute information, please email communications@framingham.k12.ma.us! We are open to feedback on these date-driven newsletters!

Stay tuned for the November "DNA" which will contain good news from around the district!

Operational dates listed within each month of the Annual District Calendar 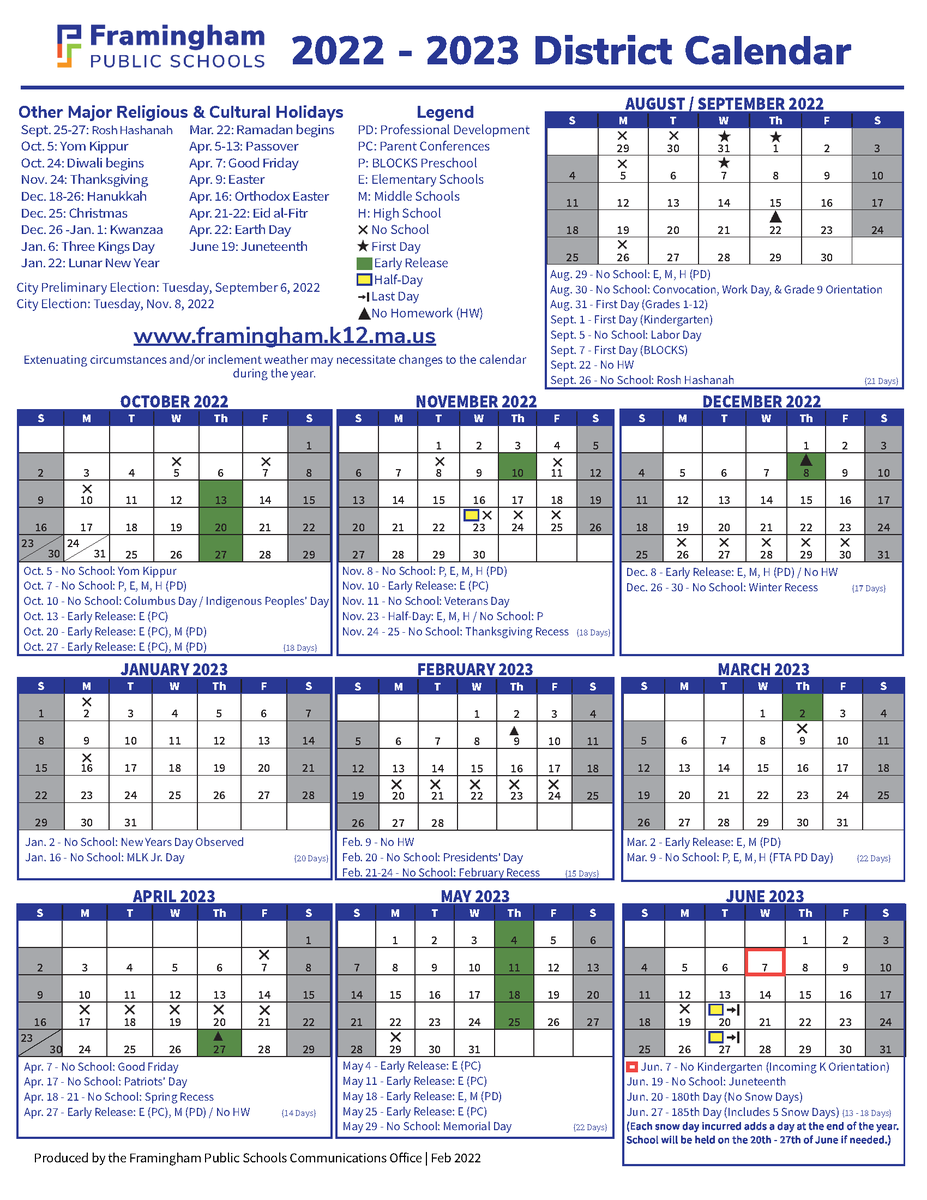 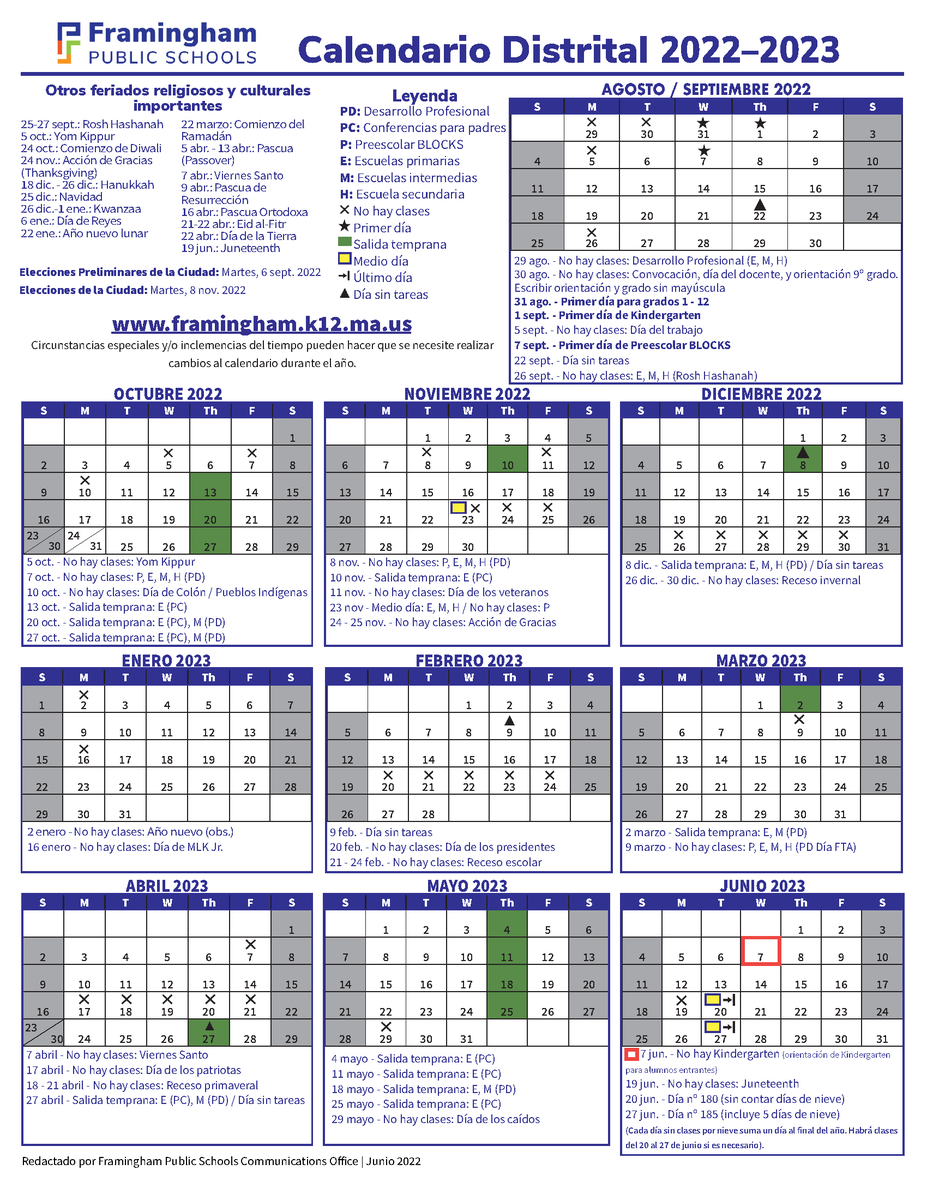 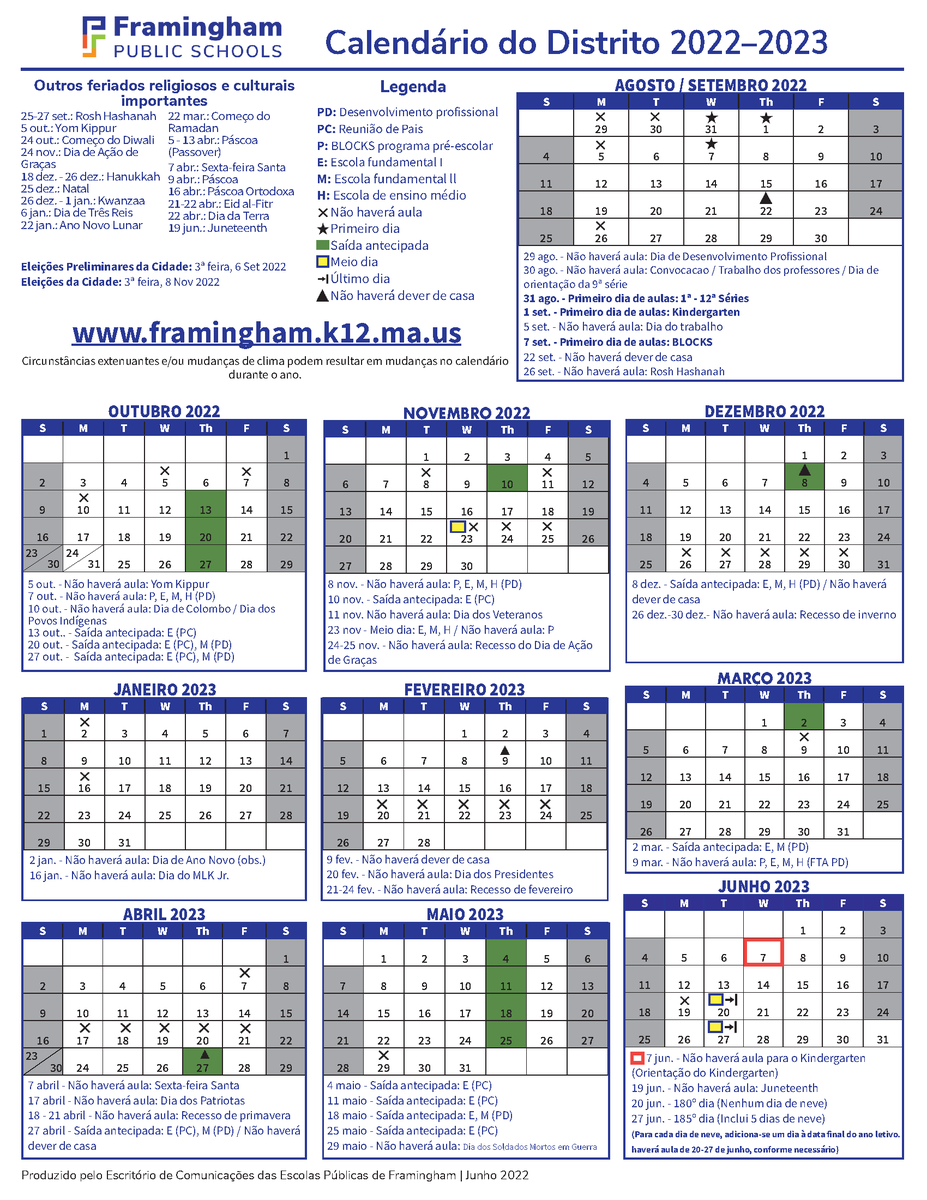 As we move into the month of November, the trending events and holiday acknowledgements listed below will begin to pop-up on social media. Here is a little information about the upcoming dates and what they mean. 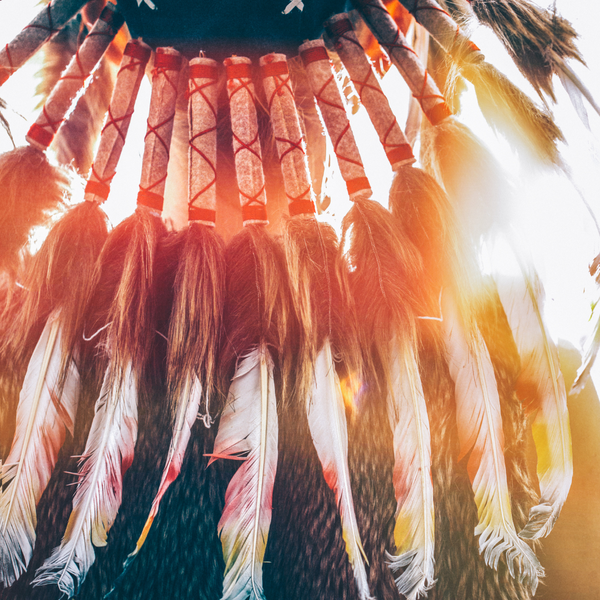 This is a time to celebrate rich and diverse cultures, traditions, and histories and to acknowledge the important contributions of Native people. Throughout the month we hope to gather and share more information about tribes and traditions, to raise a general awareness about the unique challenges Native people have faced both historically and in the present, and the ways in which tribal citizens have worked to conquer these challenges.

What started at the turn of the century as an effort to gain a day of recognition for the significant contributions the first Americans made to the establishment and growth of the U.S., has resulted in a whole month being designated for that purpose. Learn about the history of this month from The Library of Congress.

From President Biden's Proclamation: America has not always delivered on its promise of equal dignity and respect for Native Americans. For centuries, broken treaties, dispossession of ancestral lands, and policies of assimilation and termination sought to decimate Native populations and their ways of life. But despite this painful history, Indigenous peoples, their governments, and their communities have persevered and flourished. As teachers and scholars, scientists and doctors, writers and artists, business leaders and elected officials, heroes in uniform, and so much more, they have made immeasurable contributions to our country’s progress. You can read the proclamation in full here: A Proclamation on National Native American Heritage Month, 2022 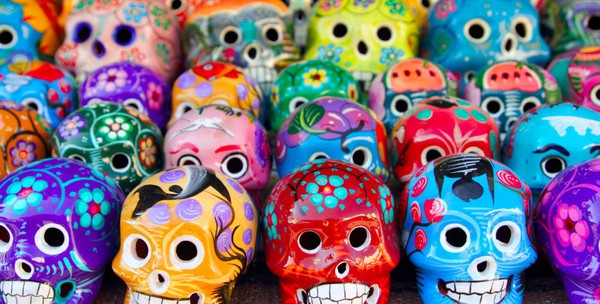 Every year, on November 1st (All Saints Day) and November 2nd (All Souls Day), something unique takes place in many areas of Mexico: Day of the Dead festivities. This all stems from the ancient indigenous peoples of Mexico (Purepecha, Nahua, Totonac, and Otomí) who believed that the souls of the dead return each year to visit with their living relatives - to eat, drink and be merry. Just like they did when they were living.

The loved ones are honored with displays of their favorite food and drinks, as well as ornamental and personal belongings. Flowers, particularly the zempasúchil (an Indian word for a special type of marigold) and candles, which are placed on the graves, are supposed to guide the spirits home to their loved ones. 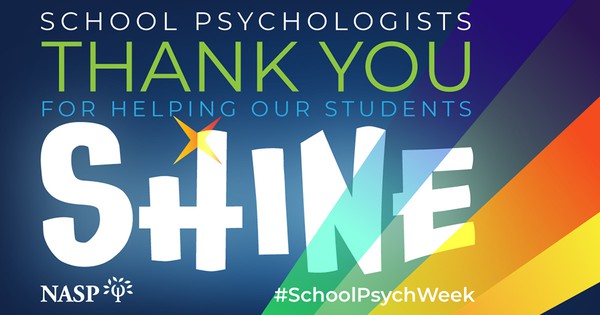 During the week of November 7-11, 2022 many schools will celebrate National School Psychology Awareness Week to highlight the important work our school psychologists and other educators do to help all students thrive.

Organized by DoDEA (Department of Defense Education Activity) and sponsored by the NASP (National Association of School Psychologists), this year's theme is "Together We Shine" which derived from how we see hope after several challenging years. We have all faced difficulties created by the pandemic, social injustice and inequity, economic stress, and challenges to mental and physical health.

Apparently November 8th is STEM/STEAM Day - and while we are always surrounded by Science, Technology, Engineering, Art, and Math - on this day, we call attention to the efforts that support this important learning! Without a doubt, these subjects push society forward and STEAM-focused programs help to find fun and engaging ways to teach them to students, which is all worth commemorating. 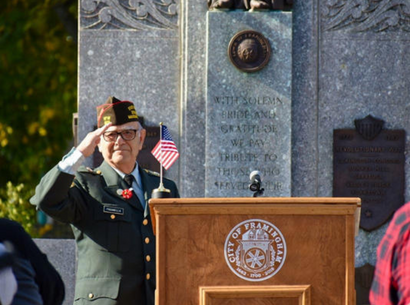 Veterans Day is a time for us to pay our respects to those who have served. While respect and gratitude are truly due all year long, this one day offers a special opportunity to stand united in honor of our veterans.

This holiday started as a day to reflect upon the heroism of those who died in our country's service and was originally called Armistice Day. It fell on Nov. 11 because that is the anniversary of the signing of the Armistice that ended World War I. However, in 1954, the holiday was changed to "Veterans Day" in order to account for all veterans in all wars.

Here is a read aloud of Veterans Day by Rebecca Patterford from Bullfrog Books (good for preschool and young learners, closed captions available in other languages).

As recently posted in the Metrowest Daily News, there is a neat store - owned and operated by a Rod Crochiere, a Navy veteran who served from 1993-98. Crochiere developed a passion for buying and selling collectibles, starting with coins and comic books, then expanding to historical artifacts, toys and unique collector's items. His store, called 'I Have Coins and Collectibles' can be found at 15 Main Street in Franklin, now contains comic books, coins, toys, military artifacts, historic items and other collectibles. If you have history buffs or hobbyists at home, this could be a great stop for perusing or conversation. (From the Nov. 2 news article by Jesse Collings)

Veterans Day Event Information from the City of Framingham 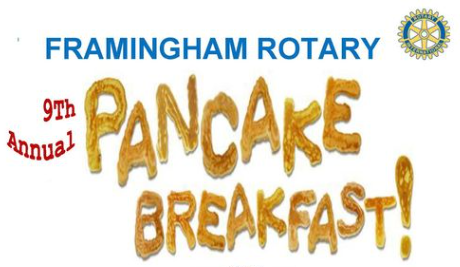 Proceeds from the breakfast will be used for high school scholarships. For the past 25+ years, Framingham Rotary has given scholarships to high school seniors selected from Ashland, Framingham, Holliston and Hopkinton. Last year each of the 15 seniors received an award of $4,000 to be applied to the college of their choice. Learn more on their website! Veterans and their families are invited at no charge to recognize their service. 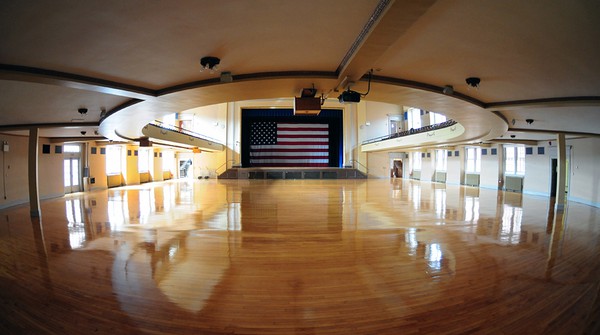 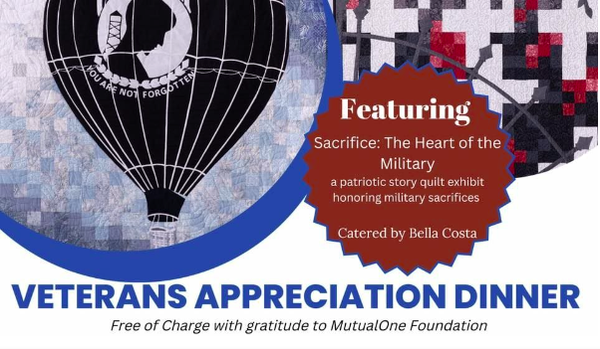 The people of Open Spirit, Edwards and Plymouth Churches invite all veterans, active duty military and family members to a dinner in gratitude for your service. Enjoy Italian food from Bella Costa and homemade desserts. The eve features “Sacrifice: The Heart of the Military,” a patriotic story quilt exhibit. The event is free, with gratitude to MutualOne Foundation. RSVP to debbie@openspiritcenter.org or 508-877-2050 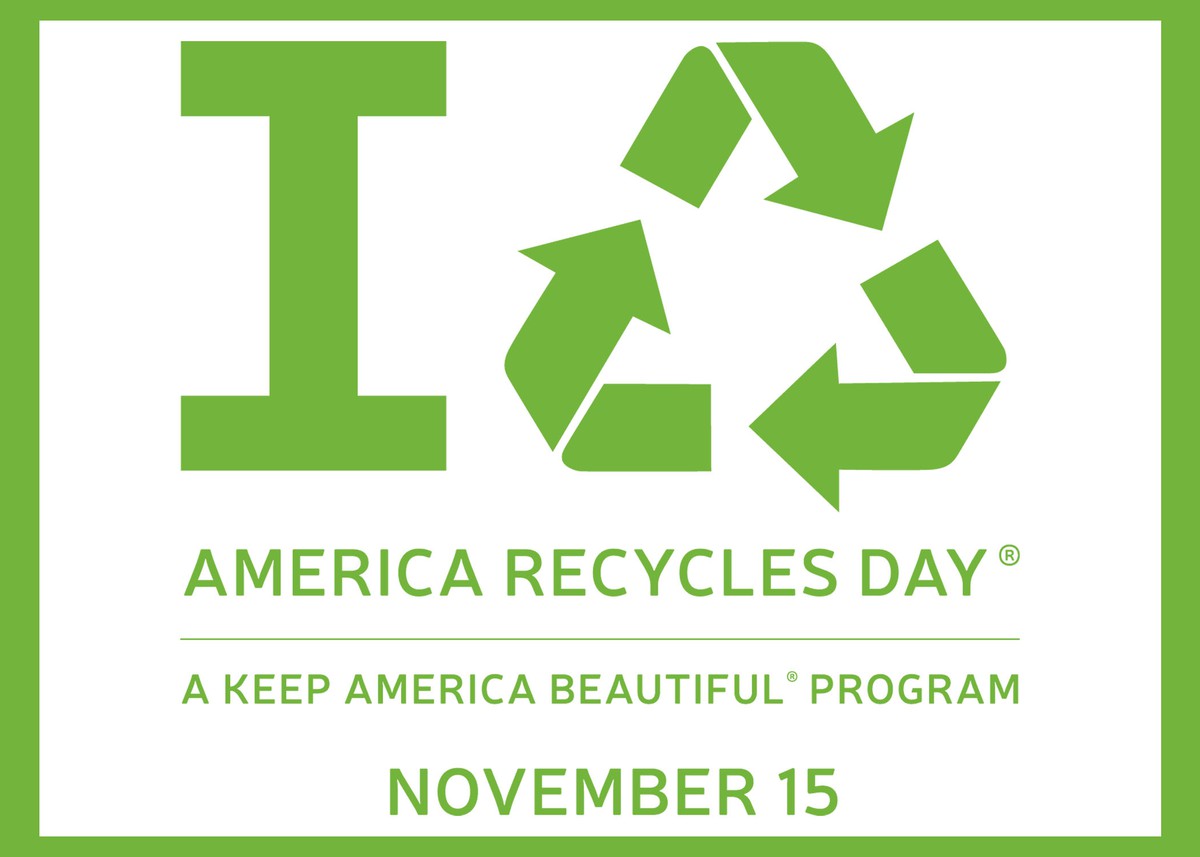 America Recycles Day, also known as National Recycling Day, is celebrated annually on November 15th. If you weren't sure, this day is all about recycling... how to recycle, which recycled products to buy, and how to reduce waste.

For a brief history on this annual event, America Recycles Day began in Texas, where two employees of the Texas Commission on Environmental Quality decided to celebrate Texas Recycles Day. This day was dedicated to spreading information about recycling in the state and encouraged more people to recycle their waste. They expanded their outreach efforts each year and eventually connected with the National Recycling Coalition to pursue a national event. Now there are over 3,000 events to honor these efforts in sustainability across all 50 states. Thanks to the work by the Recycling Coalition and the America Recycles Day events, recycling has increased from 7% in the 1960s to 32% today.

The largest community organization in America, 'Keep America Beautiful' focuses on reducing littering and increasing recycling to beautify communities in America. This organization is one of the primary organizers of events on America Recycles Day. We actually have a local community chapter working tirelessly to 'Keep Framingham Beautiful'. You can visit their website to see their efforts or join the cause: Keep Framingham Beautiful Website. 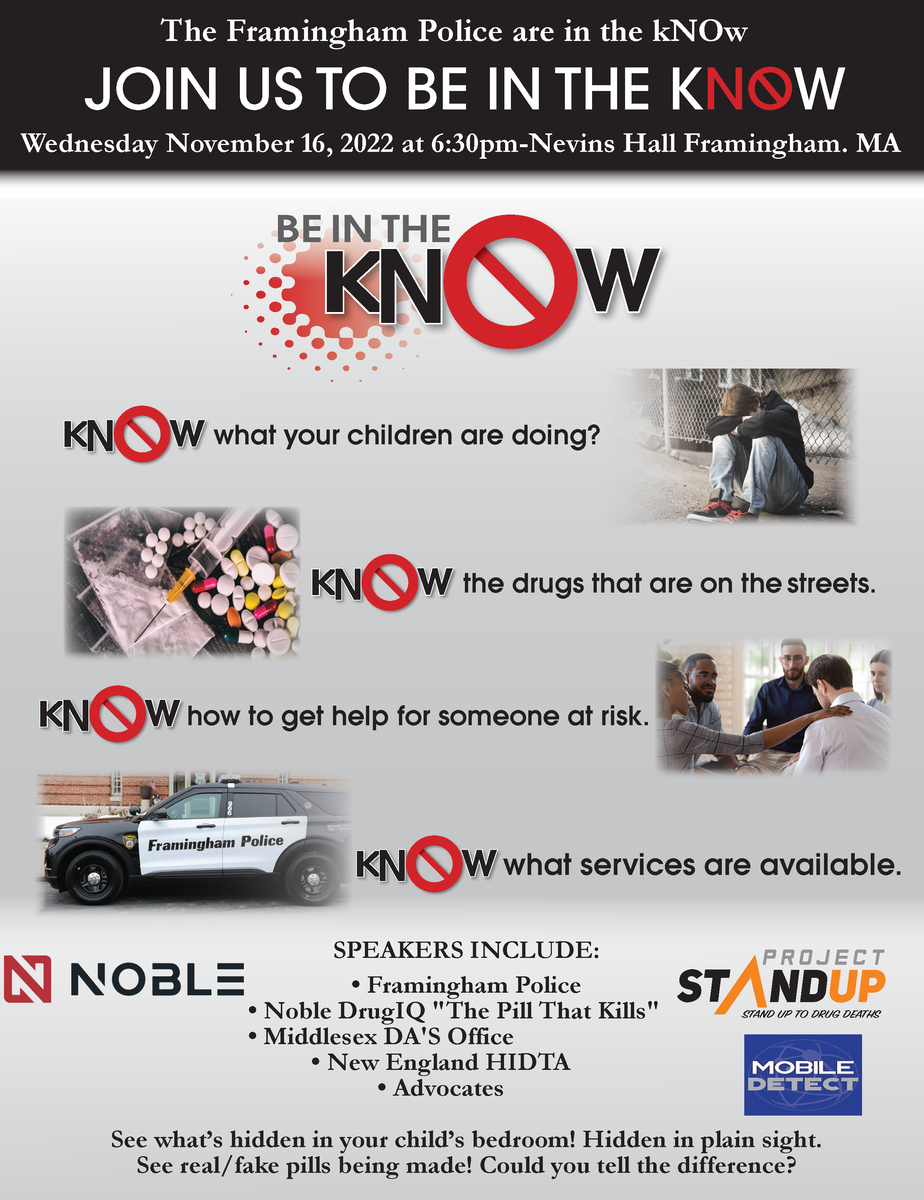 November 16th - BE IN THE KNOW (Community Event)

The Framingham Police invite parents and community members to attend a special event to be 'in the know' as it relates to drugs. At this event, you can learn about what drugs are on the streets, how to get help for someone at risk, and what services are available. See the PDF below for details. 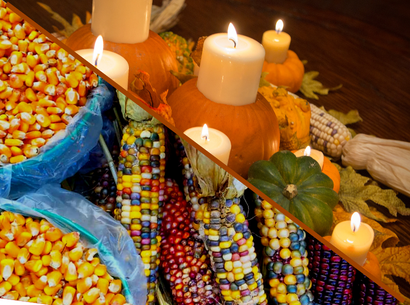 Thanksgiving Day is a national holiday in the United States and this year takes place on Thursday, November 24th.

The story most often told begins in 1621 when the Plymouth colonists and the Wampanoag shared an autumn harvest feast - that is acknowledged today as one of the first Thanksgiving celebrations in the colonies. In 1863, in the midst of the Civil War, President Abraham Lincoln proclaimed a national Thanksgiving Day to be held each November.

There is more to the story that children will learn about or will hear from their peers. Please explore this Today.com article for another important perspective on the historical exchange between the settlers and Native Americans: How to tell kids the real story behind Thanksgiving.

This 2019 article from Cambridge-based non-profit, Cultural Survival, offers '9 Ways to Decolonize and Honor Native Peoples on Thanksgiving'. Even a few years old, many of the ideas are still relevant today.

One thing we can all do to honor the Native American community is to look into whose land you are on. Every tribe has its own traditions, experiences, and practices, so doing your research is vital to honoring the history of the land you inhabit. You can use the Native Lands App to learn more about the Indigenous people of the land you are on, as well as, their unique languages and traditions: https://native-land.ca/.

The mission of the Framingham Public Schools is to educate each student to learn and live productively as a critically-thinking, responsible citizen in a multicultural, democratic society by providing academically challenging instructional programs taught by highly-qualified staff and supported by comprehensive services in partnership with our entire community. For news, updates, and announcements, follow Framingham Public Schools (@FraminghamPS) on Facebook, Twitter, and (@framinghamschools) on Instagram. You can also join the conversation using #FraminghamSchools.
close