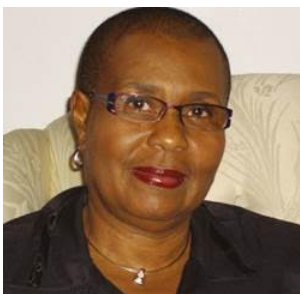 The Passing of Professor Elizabeth Watson

The Campus Community [of the University of the West Indies, at Cave-Hill Campus] is saddened to learn of the passing of Professor Elizabeth Watson, former campus librarian. She died on Wednesday at age 74.

The indomitable Cave Hill stalwart devoted nearly half of a century of service to the University, beginning on August 1, 1968 as a library clerk. An early resolve to become an academic librarian saw her moving up the ranks to temporary Assistant Librarian in the then newly established Learning Resource Centre (LRC) in 1979.

In that department, she is credited with developing the largest tertiary-level audio-visual collection in the Anglophone Caribbean. Over 22 000 items were curated there between 1979 and 2008, and are now part of the Sidney Martin Library. She also worked assiduously to raise the visibility of the fledgling unit by hosting a series of lunch bag concerts. At the end of each event, she would share information about the LRC and encourage participants to make use of its facilities.The unit was officially named the Elizabeth Watson Audiovisual Unit in September 2014, as a tribute to her outstanding achievements in this field.

Dr. Watson earned her first degree at The UWI Cave Hill and later pursued a master’s degree in Library and Information Science at Long Island University. In 2007, she was promoted to the rank of professor, the first non-academic member of staff to be appointed at that level. The longstanding member of staff retired in 2014.

She received her PhD in Cultural Studies in 2016 from The UWI Cave Hill with doctoral research focused on the life and musical work of the late Jackie Opel (real name Dalton Bishop) who was credited with creating the musical genre spouge.

Dr. Watson has also written bio-discographic books on Barbadian singers John King, Red Plastic Bag and Informer. At the time of her death, Watson was working on a book about Opel and was also scheduled to deliver a lecture in April at the Museum in Barbados.

Dr. Watson was deeply involved in efforts to raise the visibility and importance of intangible cultural heritage in Barbados and the region. She served as the Chair of UNESCO’s Memory of the World Committee in Barbados as well as the Anglophone speaking expert on the Regional committee for the Memory of the World Committee in Latin America and the Caribbean. She was a past president of the Commonwealth Library Association (COMLA).

Pro Vice-Chancellor and Principal of The UWI Cave Hill Campus, Professor Eudine Barriteau, expressed profound sadness at the loss. She recalled working with Watson during her tenure as Deputy Principal, and remembered her unwavering commitment to her work.

“She worked tirelessly to professionalise library services on campus, including the development of the Medical and Cultural Studies collections, the establishment of the Richard B. Moore and the George Lamming collections and the implementation of the Liaison Librarian programme to better serve the needs of faculty and students. Professor Watson was also at the helm of the establishment of the Kerri-Ann Ifill Unit for the Visually Impaired, as well as creating a cell room that allowed students to work together in groups, among other initiatives,” Professor Barriteau said.

“With Professor Watson’s passing, the Cave Hill Campus and its libraries have lost a tremendous resource. She will be greatly missed. To her family and close friends, I extend my deepest sympathies. May she rest in peace.”

Elizabeth Watson was Past President of ACURIL, from 2001-2002. Her leadership led her to choose the theme The New Libraries.com: Develop skills, issues of community development, for her conference held May 27-June 2, 2002, in Ocho Rios, Jamaica, presenting new ideas and proposals. The Acurilean Family is deeply saddened by the news. Our heartfelt condolences go out to her family. May God rest her soul in peace!