tom is using Smore newsletters to spread the word online.

Get email updates from tom: 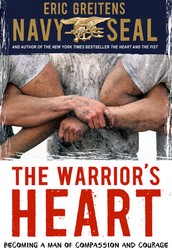 The Warrior's Heart is an autobiography. It starts off with Eric Greiten's childhood and how he was a regular kid that loved reading about heroes. His childhood fantasies turned into goals, so that he could be a hero himself. Greitens knew that the best way to be a hero was to serve people. After going to college at Duke, he traveled to China, Rwanda, Croatia and Bolivia. He worked with war refugees, and orphans with humanitarian groups and documented the people's lives by taking pictures. He realized that what mattered to the people he met was what they could do instead of what was given to them. He was empowered and decided that he wanted to have the same type of courage of the people that he photographed, so he decided to become a Navy Seal. Of course becoming a Navy Seal is not easy and the second half of the book described the different challenges that he faced and how he remained strong, determined and courageous to reach his goals, so he could become that hero that he use to read about when he was a kid. 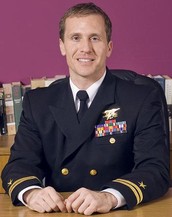 Eric Greitens is a strong, motivated, determined individual. This is shown throughout the book, but you really feel his strength during his training for the Navy Seals. He always showed courage by traveling to dangerous places and during his training and missions. When reading about his humanitarian work you felt the compassion and he was compassionate when he spoke to his friend Joel at the end when they decided to do something for Travis' family.

The setting of the book changed throughout the book because it followed his life. Some of the settings were where he grew up, which was in Missouri and where he went to college at Duke and then when he received his masters and PhD at Oxford. The settings also changed when he wrote about his humanitarian work and the reader traveled with him to the different countries when he did undergraduate research for war refugees and then as a volunteer and photographer. The second half of the book's setting was a military envioronment through his training and active service.

There were several themes in this book, but all of them revolved around motivating the reader for difficult times. One example was that you can't go through life thinking that everything will just workout. It takes hard work and a lot of determination and work to get where you want to be. Also life is rough! It will always be hard, so get used to it because accepting the fact will make it easier for you to move forward in life. 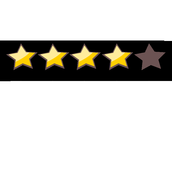 Eric Greitens is really an amazing man and is very inspiring. He always wanted to make himself better. He makes the reader realize that there is always something to learn and it moves you forward. The author really loved adventure and it often made him courageous. By being courageous he ended up doing a lot of great things and meeting people that ended up changing his life and made him a very compassionate person. His compassion is what seems to drive him in wanting to make the world a better place.

I really liked when the author went into detail about the Navy Seal training. The descriptions really could make the reader visualize "Hell Week".

Overall, I would give this book four out of five stars. I would recommend this book to any one who wants to be inspired or motivated. There are a lot of really good life lessons in the book. This book reminded me that we are capable of much more than we think.

Connect with tom may

tom is using Smore newsletters to spread the word online.