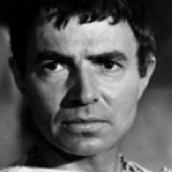 Marcus Brutus is wanted for the affiliation of the murder for Julius Cesar. Roman Republic police are out for a 30 day manhunt. If you witness any abnormal activity, please contact your local crime watch services so they may contact the police.

Marcus Junius Brutus, often referred to as Brutus, was a politician of the late Roman Republic. After being adopted by his uncle he used the name Quintus Servilius Caepio Brutus, but eventually returned to using his original name. 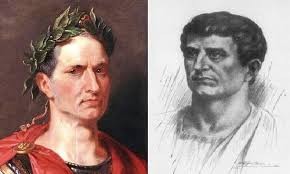 He truly believed that Caesar would have had a negative impact on Rome, and since Brutus put his country before his friends and even his family, he joined the conspiracy to assassinate Caesar. Even though Caesar was his friend, Brutus' loyalty as a Roman citizen came first. Brutus' tragic flaw is that he is not a very good judge of character, and he trusts Cassius. He also underestimates Marc Antony and allows him to speak to the crowd after Caesar's death. Although Antony does as promised in that he does not say anything derogatory against the conspirators, his use of verbal irony and dramatic actions turns the crowd into an angry mob. When Brutus finally realizes his role in the destruction of Rome that was worse than he believed Caesar would have done, Brutus commits suicide making him "the nobelest Roman of them all".