This article is titled "Organic Meat and Milk Higher in Healthful Fatty Acids," and was found in the New York Times, February 16, 2016 by Kenneth Chang. This study was actually a statistically compiled meta-assessment based off of 196 different studies comparing organic to “traditionally raised” meat products. The study was conducted by the European Commission (the executive body of the European Union) and the Sheepdrove Trust (a British charity that supports organic farming research) costing about $600,000. 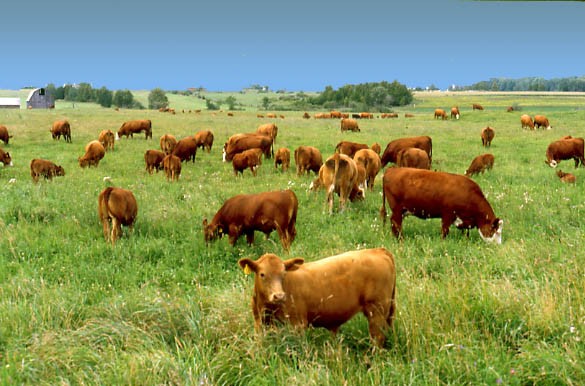 Kenneth Chang, the author of this article, is a scientific reporter that was on track for his PhD in physics at the University of Chicago but then instead left after 7 years to attend the science-writing program at the University of California at Santa Cruz. He has been a writer for the New York Times for 16 years. The New York Times is a well-regarded newspaper, with top caliber writers and a renowned editorial staff. This is a great news source with information provided by a knowledgeable author.

It is important to note that one of the main contributors to funding the research discussed in this article was a company that would benefit from the study's findings (the Sheepdrove Trust supporting organic farmers). Outside of the fact that these studies were done to show favorable results for organic foods, it appears that all of the arguments made are based in scientific fact. The main researcher even points out that the increase in omega-3 fatty acids is simply due to the increase of omega-3 fatty acids in the livestock’s diet (grass). The claims that organic meats are more nutritious can be based in fact.

The research does not scientifically claim anything about organic milk being any more or healthy than regular milk, as the study done has no conclusions on that. Therefore, the title of the article “organic meat and milk is higher in healthful fatty acids” is misleading because it is not proven anywhere that the organic milk will correlate with the organic meat in nutritional value. Rather, it is hypothesized that the milk will also contain more omega-3 fatty acids by the same logic that the meat has been shown to contain more omega-3 fatty acids (grass diet high in omega-3 fatty acids). If a person did not carefully read the article and note the misleading title, they could potentially have gathered some inaccurate data.