Learning to think, to do, to be

Our Vision: To provide a teaching and learning environment where of those involved: demonstrate respect, expect the best, achieve through opportunity, communicate actively & feel good and safe

Kia ora Whanau and Caregivers
We have had an exciting week this week whanau.

We have had the privilege of showing around new whanau/families and tamariki/children who are wishing to come to IPS. We are looking forward to our new members of our school community contributing to the positive actions of our kura / school community.

Personally I have enjoyed reconnecting with students I have previously taught at Bell Block School and Inglewood Primary - as they have brought their own children in to be enrolled.

We have had professional development facilitator Chrissy Lepper in this week working alongside our New Entrant Teachers Rangi Adams and Alice Smith as we strengthen our systems around transitions. Chrissy was extremely complimentary of the skills and passion of both Rangi and Alice. - Ka rawe, we are very grateful you both are part of Team IPS.

Winter sports are well into their season and we have many coaches and supporters attending various codes. We are very grateful for the continued support of parents and friends of IPS. Special thanks to our Mr Clint Frost and Debbie Pearse who coach and support our hockey teams of various ages. Each week Clint and Debbie can be found at the turf in Stratford, usually from 3:15 until around 7pm. Thank you.

Last Friday our Panitahi Whanau, celebrated Puanga (Maori New Year) at our Kohanga Moa Marae. The day was filled with waiata / singing, mahi/work, preparing kai / food, fun, games, eating and sharing. Many thanks to the parents and whanau who assisted to make the day successful. Special thanks to Rumatiki Timu , Whaea Marcelle, and Rowena Taylor for our Powhiri. 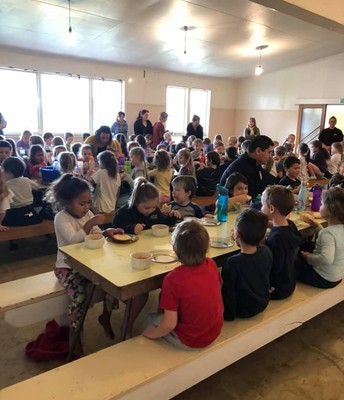 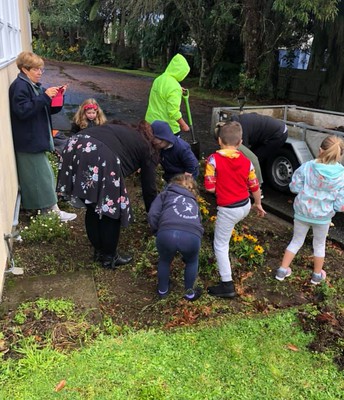 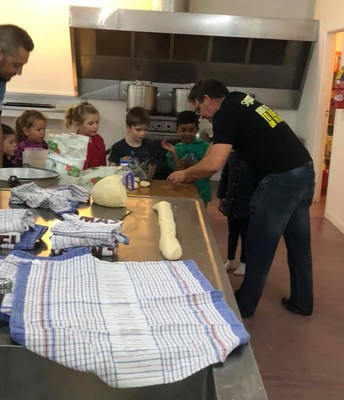 We need more clear 1.25 litre and 2.25 litre bottles. If you have an interest in assisting with environmental projects please contact Mrs Ritchie who would love some support. We have a lot of projects and the Enviro Crew work most Tuesday and Thursday lunchtimes on projects. The bottle house will be worked on from 11 am - 2.45 pm Tuesday 9 April. If you are keen you are welcome to join the group at any time you can throughout this time. 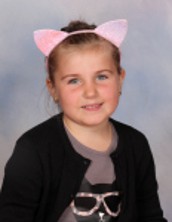 Charlotte Gillett - For being kind and caring towards others and being a fabulous helper in class. You have a positive attitude towards learning and give it your best. 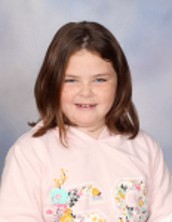 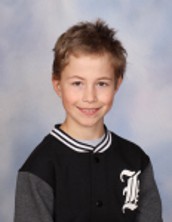 Samuel Richardson - For making positive choices within the classroom. He is doing a fantastic job of managing himself effectively as an independent learner. 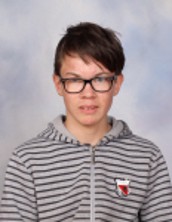 Branden Sands - For pushing himself out of his comfort zone at camp.You set goals to challenge yourself and take risks and you succeeded, ka pai!

Our school roll is currently 352.

Welcome to Jahan Hovell, Hudson Billett and Nathan Zame who have started at IPS this week.

School Absence: If your child is absent from school for any reason, please leave a message on the school answer phone or use the School App. Please state name and reason why the child is away. Thank you

Scholastic Book Club: Issue 4 order forms are due back to the school office by Friday 14 June.

Lost Property: Please remember to check the lost property on a regular basis for anything your child may have lost. We are gathering a small collection already this term. 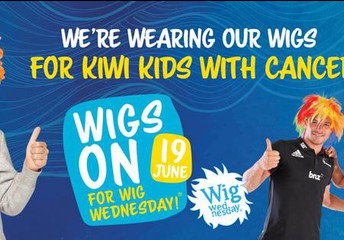 Inglewood Primary School is going to be taking part in Wig Wednesday next week on the 19th of June! Show your’s and your child’s support for the Child Cancer Foundation by wearing a wig and giving a gold coin donation. All funds raised will go towards supporting Kiwi kids with Cancer and their Whanau. Prefer not to buy a wig? Check out Wig Wednesday NZ’s website and go to the ‘Resources for schools’ page and find a template that suits you. If wigs really aren’t your style, you can also dress up in wacky hair, using things like ribbons, hair clips or temporary colouring to show your support those in need. Gold coin donation please. We are aiming to raise $500!

We have some entries in this competition. Anyone can view these at the Inglewood Library until the 20th June. Judging takes place this morning sometime. Good luck to our students, some of the many form schools around the Inglewood area. 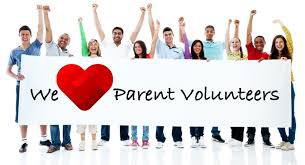 Next Meeting: Wednesday 3 July 2019 at 7pm in the School Staffroom.

I’ve put these rolls into hubby’s and the kids’ lunchboxes. We also have them for dinner with lots of other veggies too! I wouldn’t freeze them after cooking though, as the pastry will go soggy when it’s defrosted. You could, however, freeze the potato mixture to use later.

Recipe makes 4 rolls with some mixture left over, which I just ate!

Boil the potatoes until cooked

Remove pastry sheets and defrost them

Meanwhile fry the onions, garlic and spices in frying pan with 1/4 cup water on a medium/high heat until onions are nearly cooked. As mixture cooks and water evaporates, add tablespoon of water every so often so mixture doesn’t stick

Add half a cup of water and peas to onion mixture. Cook for 5 minutes until mixture thickens. Take pan off the heat

Mash potatoes with milk and nutritional yeast, leaving some small lumps of potato

Add the onion and pea mixture to potatoes mixing well. Taste and adjust the seasoning as required Lay a pastry sheet on chopping board

Spoon 1/4 of the potato mixture onto shortest side of pastry sheet, leaving 1cm from edge.

When reaching end of the sheet, brush the edge with plant milk to help it to stick.

Brush each roll with plant milk, sprinkle with sesame seeds

Remove from oven and cool tray until cool enough to eat!

Term 2 Calendar (This may change on a weekly basis)

All Sausage Sizzle forms due to the office by 3pm 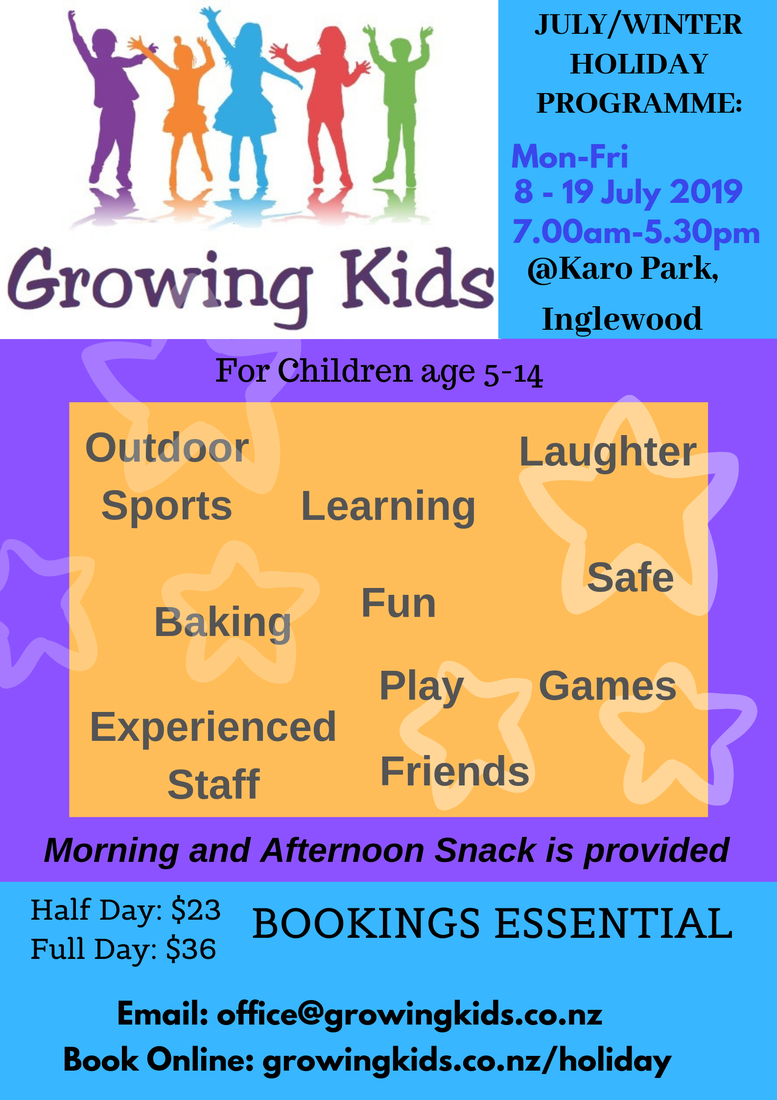 Incredible Years Parent Support Programme: This programme is to support parents of children ages 3-8, who are in your care up to 75% of the time and may have some behaviour challenges. Sessions include discussion, videos and home activities. Content covers child directed play, social, emotional, academic and persistence coaching, praise, incentives/rewards, routines, effective limit setting, district and ignore, time out to calm down and some problem solving.

Please click on the link to order directly from our school website or pop into the school office. 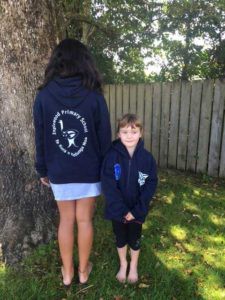 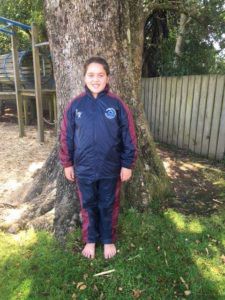 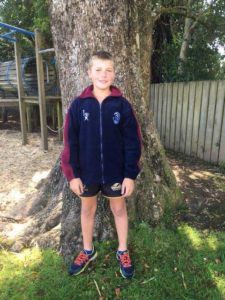 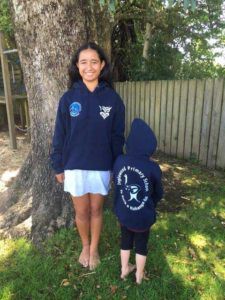 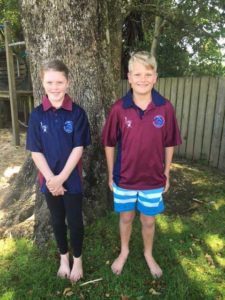 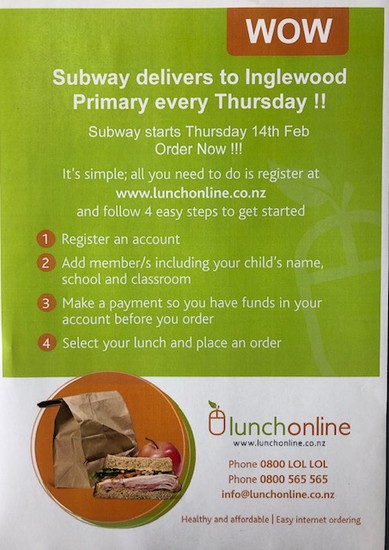