Get email updates from Belle:

The Curious Incident of the Dog in

a novel by: Mark Haddon

The Curious Incident of the Dog in

a novel by: Mark Haddon 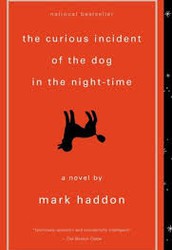 Christopher Boone is not your average kid. He know every prime number up to 7,057, he knows every country in the world and their capitals, and is basically a child prodigy. However, he has no understanding of human emotions, cannot stand to be touched, and will have a "black day", if he sees three yellow cars in a row. But he does understand animals. When one morning he discovers a the neighbor hood dog, Wellington, stabbed to death with a garden fork, he decides to investigate.

What I enjoyed about the book

This was not your typically story. In the book Christopher decides to write a mystery novel about the murder of Wellington, and this book is the story that he wrote. So the book was written like you were looking through a child's eyes, and it was very interesting and good. Christopher explained things using mathematics, which was actually really cool.

Was the book well written

They book was very well written, it kept having major twists in the story, which kept you interested. Also occasionally, Christopher would solve a math problem in the book, or explain something using an equation which made the book interesting and it was different, but I liked it. 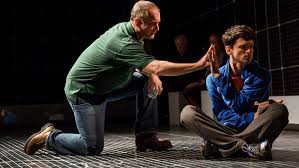 The ending was very satisfactory, it wasn't your typically happy ending, but it was still happy in its own way. All the question's were answered and it was a great ending, to a great story.

I strongly recommend this book. If you looking for a book that is different from your cliche take over the government/love triangle kinda thing, this is the book for you.