Marcy is using Smore newsletters to spread the word online.

Get email updates from Marcy:

Life Cycle of a Star

Life Cycle of a Star

There are four phases of a stars lifecycle:

Just like a human, and everything else in the world, a star has a beginning. A star is first created in what is called an interstellar medium. An interstellar medium is a collection of dust and gas in space which is mostly composed of hydrogen, microscopic grains, carbon, and silicon.

In this creating stage, the star forms into a nebula and creates a gravitational center. The gravitational center pulls together the surrounding atoms, such as hydrogen and helium, and create a core. As the atoms are pulled together, they collide, increasing the temperature, gas pressure, and density. The star will attempt to collapse and resist the colliding atoms, but it cannot. It then forcing the gas pressure to equal gravity, this operation is called equilibrium.

Equilibrium is the balance between gravity pulling atoms and gas pressure pushing heat. How is gravity in space in the first place, you may ask? Well, we know that it is on Earth and other planets. Gravity has the force to pull objects inward, and is caused by any mass object made by another object with greater mass, therefore it's everywhere.

Gas pressure on the other hand is caused by the atoms inside the core, colliding and being forced to share the same space, and has the force to push outward.

After equilibrium is established, the nuclear fusion process begins.

The nuclear fusion process is when the star creates elements and begins to radiate energy into space. It will fuse hydrogen into helium, and helium into carbon, then will shine the stars light into space.

Equations that can be represented in this process:

For starters, elements come from the high temperatures and pressures inside of a forming star during all stages of it's life. And there are different elements are formed within a star, some like hydrogen, oxygen, iron, and nitrogen.

Hydrogen is made from the hot stars combining atoms together, the hydrogen next fuses into other main elements such as helium. Then helium fuses into carbon, then so on and so forth. Oxygen is one of the other elements made after helium fusing into carbon.

Oxygen is made when a star turns into a red giant and changed all of the surrounding hydrogen into helium, then helium into carbon and/or oxygen.

As for iron, it is made when carbon and/or oxygen atoms are fused, then becomes a supernovae and explodes, shooting off many elements and atoms into space. From those many atoms, is also nitrogen.

Nitrogen is also make when the red giant star smashes and fused lighter atoms together to make burnable energy. After being shot out into space from the explosion of the supernovae, the left over nitrogen turns into a nebula.

When the nuclear fusion process begins, it also starts the second phase: The Main Sequence (also known as the Hydrogen Phase). During the nuclear fusion process, the star will shine energy into space. In this phase, the star tried to compensate for the energy and heat lost when it shines into space. When it compensates, it also raises the temperature, density, and pressure of the star increases throughout the stars lifespan.

The elements that make up this phase are hydrogen, helium, carbon, and (maybe) other major elements. Although, when there is no more hydrogen to make helium, it is the end of this phase. 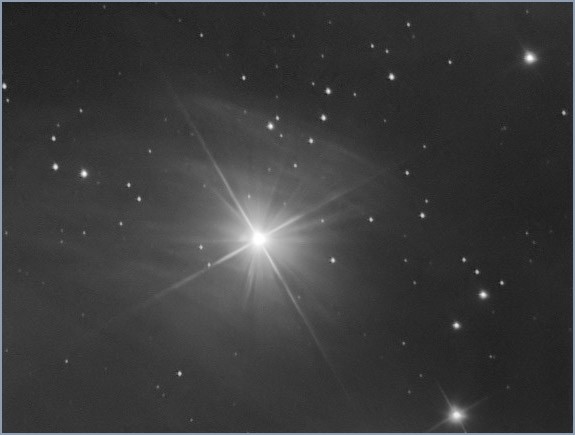 FUN FACT: The Role Of A Stars Light

The role of the star’s light is that it reveals the composition of the star from far away. A star can be hot enough to glow and give off a spectrum of light, but different cooler gases around the glowing star will absorb different wavelengths of light.

From these different wavelengths, some light from a star could pass through them and make a spectrum of colorful lines. With the colors that passed through the wavelengths, one could determine the composition of a gas.

An example of this is a police siren, which is represented in the Doppler Effect. When the siren comes closer, its sound becomes louder, and when it is moving away, its sound gets quieter. (In other words, light has “pitch.”)

Just light a police car’s lights flashing, a star can vary from red shifted or blue shifted light. Red shift light is the red end of the stars spectrum, it has a low frequency. A blue shift light on the other hand is the blue end of a spectrum, it has a high frequency. This means, if a star shows a spectrum with red shifts, then it has a low pitch and is far away.If a star shows a spectrum with blue shifts, then it has a high pitch and is closer.

The third phase of the life cycle of a star is called the Red Giant. During this phase, the ability to fuse hydrogen is gone and then the nuclear process begins. The temperature increases in the core to re-ignite fusion, being forced to burn helium so the star may live longer (and maintain a balanced equilibrium).

Gravity will soon contract the core, then a hydrogen reaction occurs in the shell of the star. When there is no more helium, the star will continue the nuclear process over again, but with carbon instead of helium.

Elements that make up this stage are hydrogen, helium, and carbon. 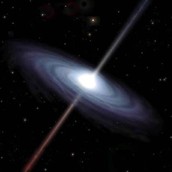 Death, the final stage of the life cycle of a star. A star dies when there is no more hydrogen, helium, or carbon in the star because it has used up all of the named elements as fuel to maintain balance in equilibrium. When a star dies, it becomes something else, but what it turns into depends on the size of the star.

Large-massed stars could turn into a neutron star and potentially explode into a supernova, or a black hole. A supernova is an explosion caused by carbon burning rapidly with lots of energy, or is caused by a stiff neutron star that rebounds off of itself. 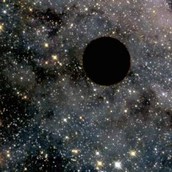 If you want more in-depth information that you have not learned from my Smore, then use this link. I had got most of my information through this website and it is a reliable cite.

Marcy is using Smore newsletters to spread the word online.