* you can travel to see the Eiffel Tower

* they eat snails. Aka (escargot)

1. The Eiffel Tower
Ok, ten out or ten for stating the obvious. Everyone puts the Eiffel Tower top of the list of things to see in Paris. But with good reason, because the Eiffel Tower is a place you just can’t miss. From its looming construction to its stunning views of the city and just the general energy and buzz of the place, it really does live up to the billing.

2. The Catacombs of Paris

While most people come to this city for romance, there’s a darker side to be found… This underground burial complex houses six million skeletons dating to the 18th century. Stacked in endless corridors, it’s a fascinating and haunting place. If you have the courage, it’s one of the most interesting places in Paris to see.

3. Musee du Louvre
Firmly seated among the most famous places to visit in Paris, you could spend your entire trip exploring the Louvre. It is vast and packed full of masterpieces at every turn. So do you zip through to see the highlights – the Mona Lisa, Venus de Milo et al - or do you take your time and risk joining the collection…

Western Europe, bordering the Bay of Biscay and English Channel, between Belgium and Spain, southeast of the UK; bordering the Mediterranean Sea, between Italy and Spain

Paris Located in the north central part of France, in the region of Île-de-France. It is the only city in France to be a "department" as well. Paris is one of the most magnificent cities in the world.

It's beautiful, and majestic.

Top 3 places to visit in Ireland

Brú na Bóinne (the Boyne Palace) in County Meath contains some of the most important historic sites and monuments in Ireland, and is a designated World Heritage Site.

You can visit romantic castles and spectacular gardens and colorful villages and towns.

The most famous and breathtaking parts of Ireland’s craggy west coastline are the Cliffs of Moher, which feature some of the most breathtaking views on the entire island.

Irish culture includes customs and traditions, language, music, art, literature, and sports associated with the island of Ireland and of the Irish people. However, the culture of the people living on the island is not homogeneous. There are notable cultural divides between urban and rural, Catholic and Protestants, Irish-speakers and English-speakers, immigrants and native population, the Travelers and settled population and between Northern Ireland and the Republic of Ireland. For an overview of Ireland's culture during the Gaelic period, see Gaelic Ireland. Also for an overview of Northern Ireland's culture see culture of northern Ireland)

Cultural geography is one of the two major branches of geography (versus physical geography) and is often called human geography. Cultural geography is the study of the many cultural aspects found throughout the world and how they relate to the spaces and places where they originate and then travel as people continually move across various areas. 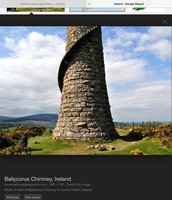