What is the Constitutional Convention?

The Constitutional Convention was a meeting between delegates from 12 states to revise the Articles of Confederation. Delegates worked to draft the framework for a new government. All meetings were held in strict secrecy without press or public.

The Virginia plan called for a central government divided into three branches:

The Virginia Plan was set up so that a strong national government could have the power to make laws, levy taxes, control interstate commerce, and override state laws.

Many people supported this plan including but not limited to: 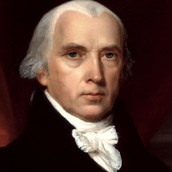 "Knowledge will forever govern ignorance; and a people who mean to be their own governors must arm themselves with the power which knowledge gives." 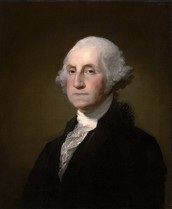 "If the freedom of speech is taken away then dumb and silent we may be led, like sheep to the slaughter." 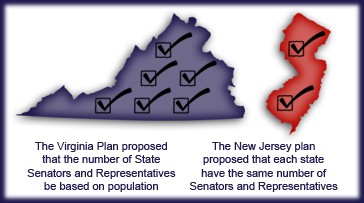 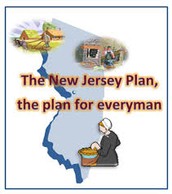 The New Jersey Plan stood up for small states so that power would be equal.

A government would be set up into three branches that are based on the ideals of the Articles of Confederation.

Voting under the New Jersey Plan would be, each state has one vote with equal representation regardless of population. This plan would give equal power to all states.

William Paterson was the creator and a supporter for the New Jersey Plan. Luther Martin was also a supporter of this plan.

This idea was rejected. 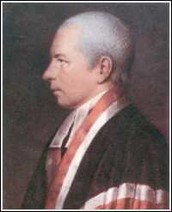 When the War for Independence broke out, Paterson joined the vanguard of the New Jersey patriots. Paterson also served in the provincial congress, the constitutional convention, legislative council, and council of safety.

Paterson later became a New Jersey statesman and helped come up with the New Jersey Plan.

"What is a Constitution? It is the form of government, delineated by the mighty hand of the people, in which certain first principles of fundamental law are established. The Constitution is certain and fixed; it contains the permanent will of the people, and is the supreme law of the land; it is paramount to the power of the Legislature, and can be revoked or altered only by the authority that made it." 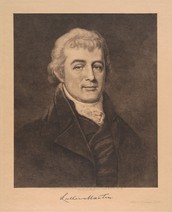 Was born February 1748 in New Jersey.

Martin was an early advocate of American independence from Great Britain. In the fall of 1774 he served on the patriot committee of Somerset County. Martin was elected into the Confederation Congress and later fought for the rights of small states and voted for the New Jersey Plan.

Problems at the Convetion

Weeks after the rejection of the New Jersey Plan was rejected many thought that the convention would fall apart.

The convention went through many compromises including:

All Images are from google images and all rights belong to the owners of said images.