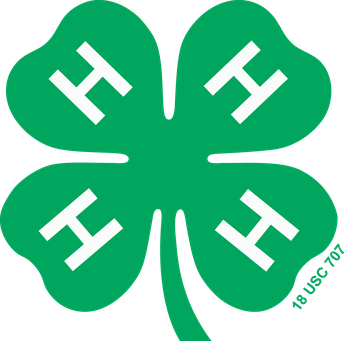 Enrollment is now open for the 2020 program year! Club members, club leaders, project leaders, superintendents and independent members must re-enroll each year. Enrollment instructions are available to help you navigate the 4-H Online system. Be sure to check out the following resources: 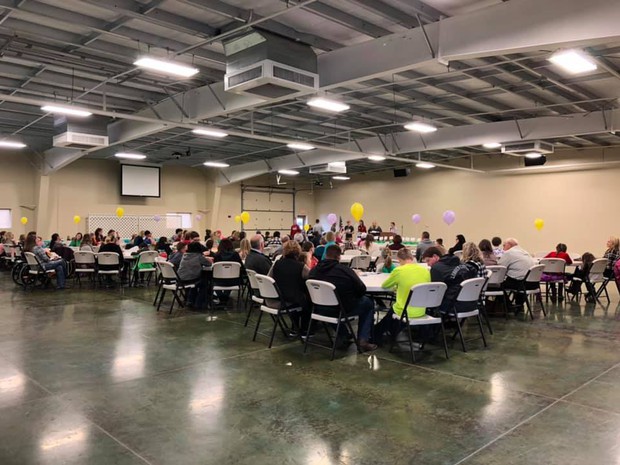 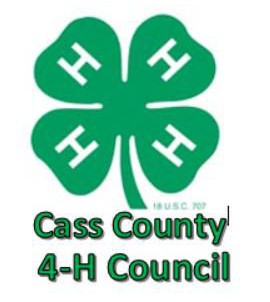 Thanks to all who came to the 4-H Achievement Program and Party!

And KUDOS and congratulations to the newly elected and returning 4-H Council members for 2020. 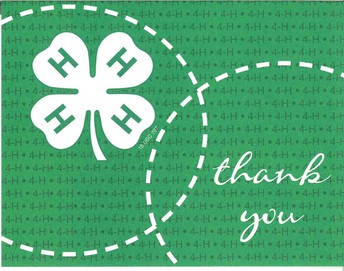 The Cass County Bankers Association supports Cass County 4-H at the Achievement Program and Party each year, both for awards and supplies. KUDOS to them!

We ask those who received awards to write them a thank you for their generous support. Send the thank you note to:

Banks in the Cass County Bankers Association include:

The Pinnacle Bank - Louisville, and

Note: If you would like to use a 4-H thank you card, we have them available for free at the Extension Office.

If you haven't done it yet, please cash your fair premium & livestock sale checks ASAP! 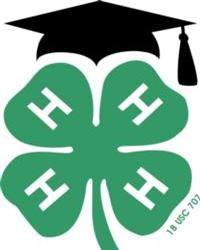 Hey High School Seniors - there are several local scholarships 4-Hers can apply for. The information can be found on the Cass County Extension website at: https://extension.unl.edu/statewide/cass/scholarship-opportunities/

Take note: The 1st application is to the Extension Office by December 1st. It's the Martha and Don Romeo Scholarship. The NE Association of Fair Managers will award a $500 scholarship to one qualifying 4-H male and 4-H female who are graduating seniors in Nebraska and who plan to continue with post high school education.

Nebraska 4-H Club of the Month

Would you like your club to be recognized for their achievements, service projects and awards? Winners will receive a $50 check from the Nebraska 4-H Foundation and will be recognized state wide! Applications can be found at https://ne4hfoundation.org/recognition/.

Please fill out your annual instructor report by November 22nd in order to maintain discipline certification. You should have received an email with a link to the reporting form. If you need the link again, please email tracy.ensor@unl.edu and she can forward you the link. Thank you for your assistance with this effort!

4-Hers who exhibited at the Nebraska State Fair, read this from the state office ...

The Nebraska 4-H Foundation has begun sending award checks to 4-H’ers who participated in the Nebraska State Fair. As a reminder, here is the process:

If you have questions or need additional information, don’t hesitate to call or email. We’re always glad to hear from you! 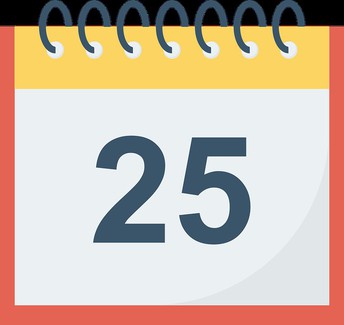 Save the Dates: State 4-H Events

Save the Dates: State 4-H Events

As you are planning and preparing for a new 4-H year, be sure to save the following dates of state-level events and opportunities: 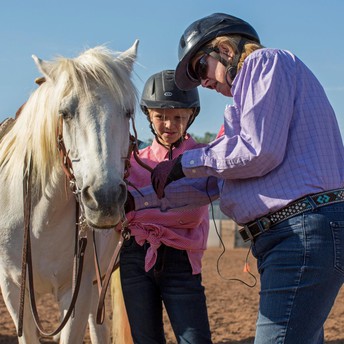 Topics include advanced riding maneuvers, feed charts, nutrition, first aid, and much more! Register by February 24 for the discounted fee of $40.

This workshop is designed for 4-H'ers who have passed Level 2. Topics include advanced riding maneuvers, feed charts, nutrition, first aid, and much more! Register by February 24 for the discounted fee of $40. 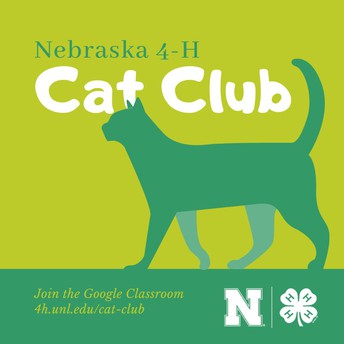 Check Out the New Cat Club

The Nebraska 4-H Cat Club program has recently been revised. Cat Club is now a self-paced learning opportunity. It is still open to all youth regardless of enrollment and adults interested in learning more about cats and the 4-H cat project. New lessons are added each month from September through May. Lessons are available through Google Classroom. 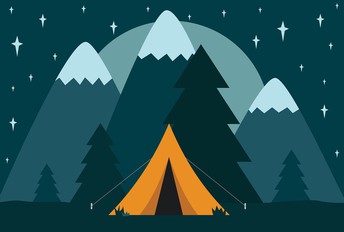 Nebraska 4-H Camps & Centers is now offering day and residential camps throughout the year. Camps provide a wonderful opportunity for youth to get away and spend some quality time connecting with nature and the great outdoors. School-year camps are offered while youth have days off from school or are on school breaks, including:

It is again time for 4-H Members interested in the cattle industry to apply for the National Western Stock Show Catch-A-Calf program. Currently, Nebraska has 12 participants in the 2019-20 CAC program. It is an educational opportunity that develops skills that will be used throughout their careers.

Applications are online at nationalwestern.com/catch-a-calf-program/ with a signature form that must be completed and sent to NWSS no later than December 1, 2019. 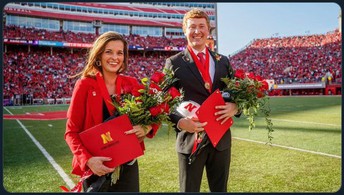 Did you know #UNL homecoming queen, Cheyenne Gerlach is a #NE4H alumni? She was a member of the Best Foot Forward 4-H Club in Gage County and was selected to attend National #4H Congress in 2013. Read about her other accomplishments: go.unl.edu/2r6o 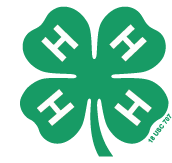 Looking into the New Year ... 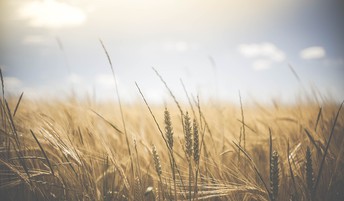 working and learning in partnership with caring adults.

A world in which youth and adults

learn, grow and work together

as catalysts for positive change.

I pledge my Head to clearer thinking,

My Heart to greater loyalty,

My Hands to larger service, and

My Health to better living,

For my club, my community, my country and my world!

To Make the Best Better!

The 4-H colors are green and white.

The official 4-H Emblem is a clover with four leaves and an "H" on each leaf.

The clover's stem must point to the right as you look at the image.

The 4-H Emblem is not a plan four-leaf clover. 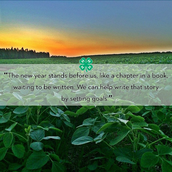