Cori is using Smore newsletters to spread the word online.

Get email updates from Cori:

When hitler was growing up he was very lazy, and emotional. Several years later he had a teacher that remember him as a lacking in self discipline he has very bad temper and was very conceited. Hitler then moved to Vienna because he had hoped to become and artist but he didn't get accepted to the city academy of art. For hitler the Jews became everything he despised and feared. They were responsible for modernism in art. He hated them because of his own personal failure.

Why he targeting the Jews?

The reason for Hitler targeting the Jews is because he blamed them for losing the war and for all the problems with the Germans. Also when he was a boy he wanted to be an artist but he didn't get into an art school and most Jews are very good at art.

The Jews in concentration camps

“ By giving the Jews the blame Hitler created an enemy.”

“ The result was that 6 million Jews lost their lives and saw their families decimated during the Holocaust.” 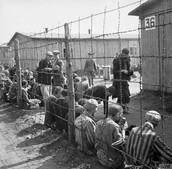 “Even before Hitler came to power, there were rumors that he was of Jewish decent” 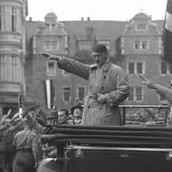 The Jews were all freed from the concentration camps around 1945

Cori is using Smore newsletters to spread the word online.