This is a mandatory school activity for students to present to parents/guardians the website they built showcasing all the hard work and amazing projects they have been doing. 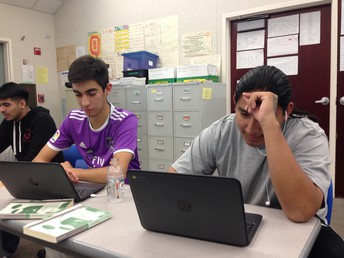 Jesus Barajas and Noe Hernandez work on their Digital Portfolios. 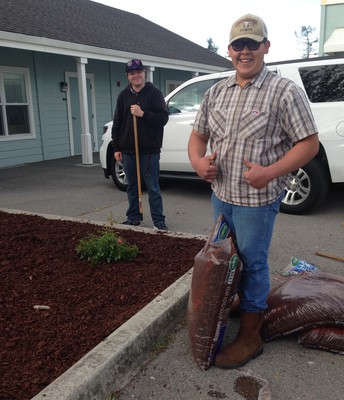 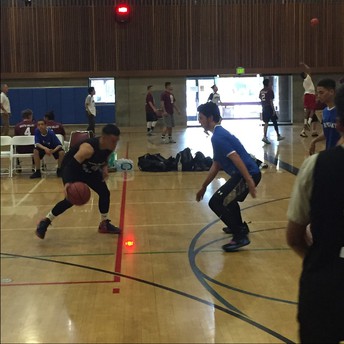 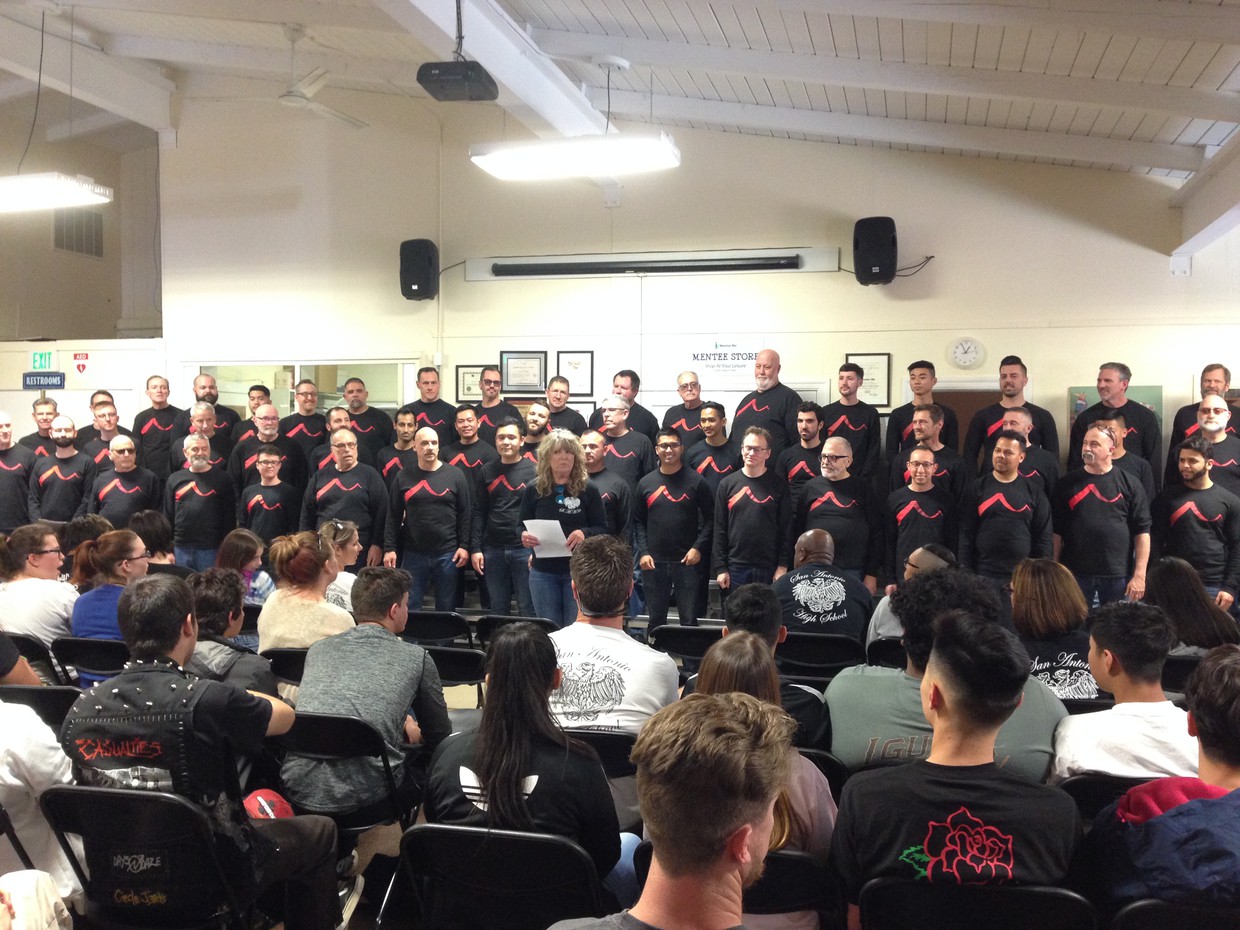 by Mary Cobleigh and Ian Daunell

On April 20th, the San Francisco Gay Men’s Chorus performed for San Antonio, Valley Oaks, and Carpe Diem schools at Mentor Me Center. They performed RHYTHM: Reaching Youth Through Music which taught students that they are loved and not alone. It was inspirational and motivating. What the Gay Men’s Chorus is doing for people around the Bay Area and beyond is amazing. They spread the message of acceptance and loving everyone the same. The kids that went were given pizza at lunch time from Costco, which was very delicious. 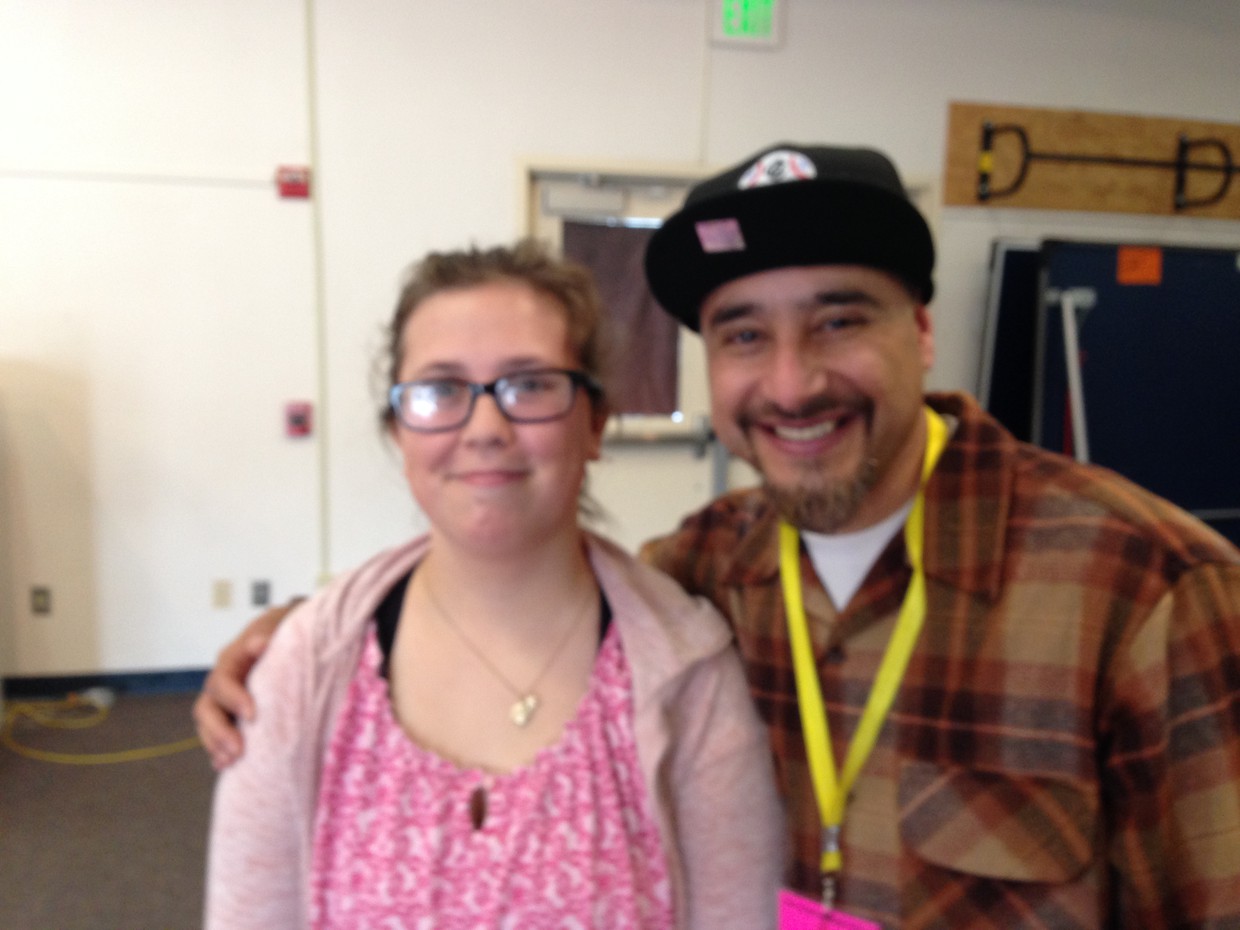 On April 4th, San Antonio students and staff got the opportunity to hear Alejandro Vilchez from Community Matters speak out about respect and courage. Vilchez talked to two different groups of students. The groups got to hear about his life growing up in the Mission in San Francisco. He also talked about respect and what it means. He brought “Paper Homie” as a prop to show how someone can be repeatedly put down. As he was explaining when the Paper Homie got put down, he’d crumple a corner and by the end of all of it Paper Homie was just a paper ball. This was to show that multiple insults can make damage to someone’s self esteem. He taught all of us that people could ruin your day, judge you for going to San Antonio, and judge you on your mistakes but to remember that our value doesn’t change. He talked about fear ships and friendships. He explained that friendship is when you support your friends and fear ships is when you do something because your afraid of losing your friends or having someone not like you. He told us if you look at the word “homie” it could stand for “Helping Others Move Into Excellence.” The speaker left telling us to respect others in the way we want in return. 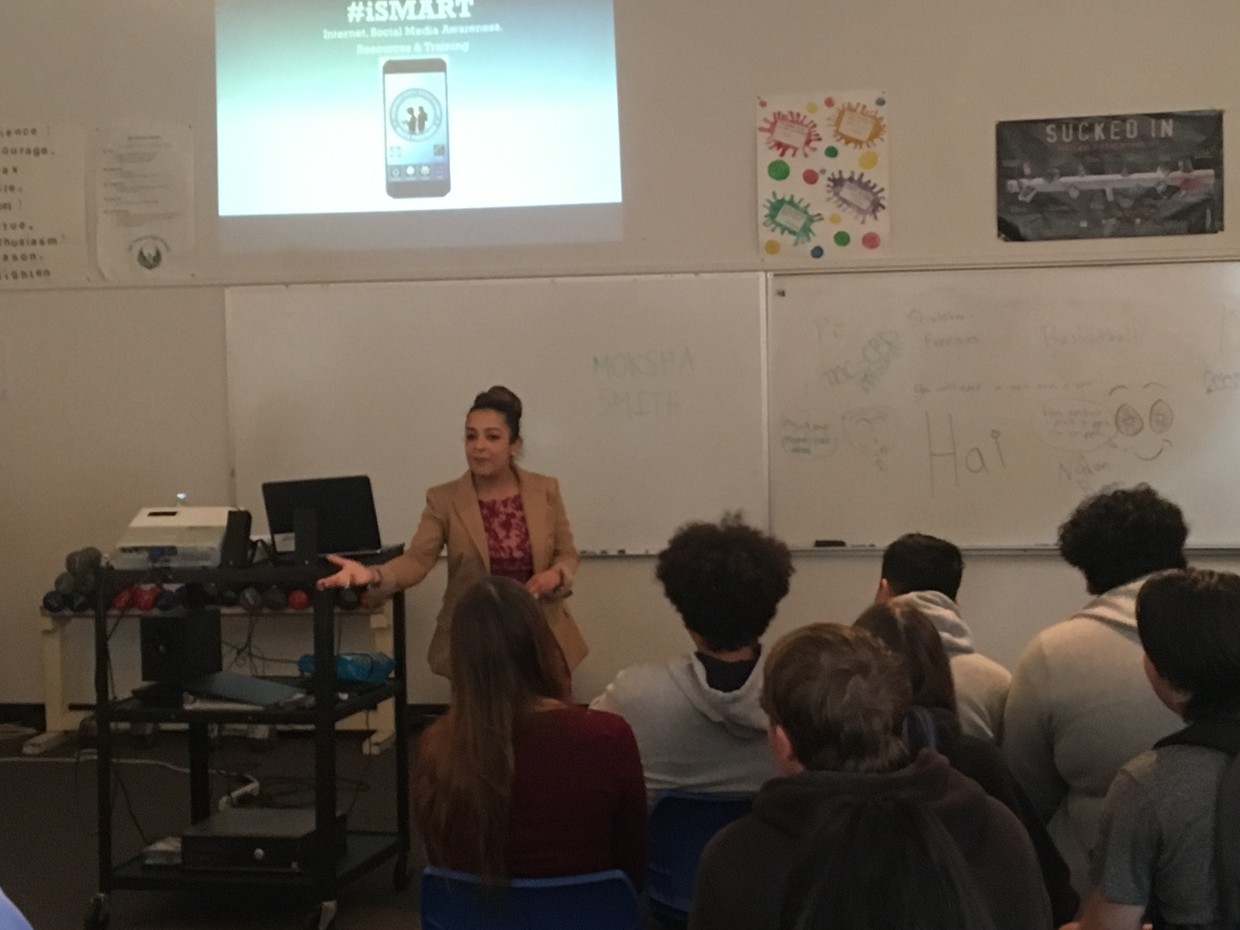 On April 11, 2018 Moksha Smith, deputy DA of Sonoma County spoke to an assembly of students about the dangers and consequences of online bullying. She gave a scenario about a kid at school that was getting made fun of and some kids threw trash on him and people took a video of him and it went viral on social media. The boy became depressed and killed himself by overdosing on pills. The kids who were bullying him and the kids who took the video of him and posted it got in trouble. Because they posted something online that affects relationships at school they got in trouble. She also talked about sexortion, which means to blackmail someone with a nude photo. 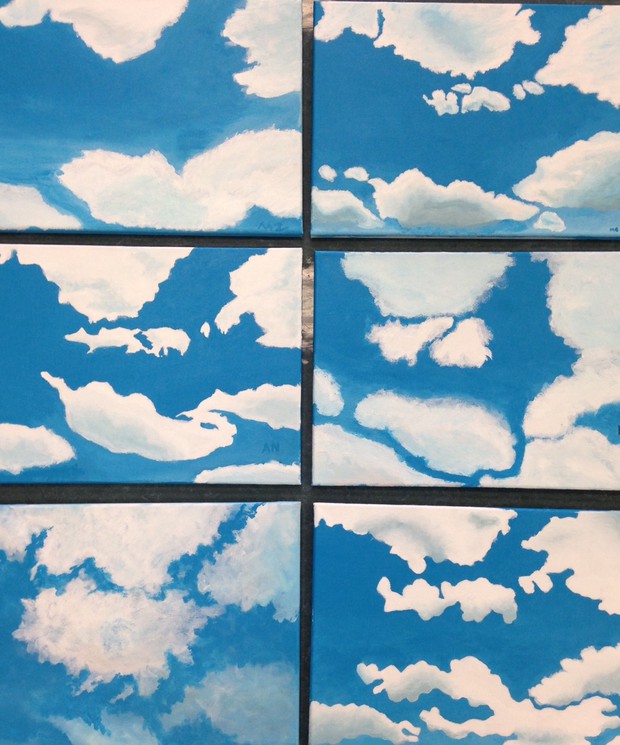 "Art Shapes the World" at the Petaluma Art Center

On Thursday April 26th, Mrs. Garcia and Mrs. Lofton walked the art classes down to the Petaluma Art Center for the student art show "Art Shapes the World." The Art Show displayed artwork made by students as young as 7 years old, all the way up to Seniors in High School. Some of the San Antonio High School Students in Mrs. Garcia’s Art 2 class had their own artwork featured in the show themselves. These students were Eri Gomez, Zoe Nicol, Noh Herrera, Monserrat Ortiz, and Marlon Zapeta Garcia. Our San Antonio students had a great time on this field trip and had fun supporting their fellow classmates who had artwork in the show.

On Friday, April 27th, the San Antonio basketball team left for a basketball game to play two teams at Callinan in Rohnert Park. They knew that they had to win just one game to move to the championship game on Wednesday, May 2nd. The two teams they played against were Ridgeway and South Valley. The Ridgeway game was fairly easy. San Antonio got the win (46-41). Their second game of the day against South Valley they took a big loss (24-45). Mr. Smith is hoping parents show up and most importantly the players bring their best. We all hope the Phoenix players do well at their game.

Jonathan Humphrey graduated in 2011. He is currently working in property management. He’s in school to become a personal trainer. His favorite memory was learning at school, “I looked up to my teachers big time.” Some advice he has for students is to save their money.

Christina Bowles graduated in 2017. She is currently studying audio engineering at SRJC. Her favorite memory was when they went to the National Guard building next door to San Antonio. Some advice she has for students is “Don’t skip class and do the work.”

Nancy Amador-Celedon attended San Antonio in 2017 and is currently working at a car dealership, Victory Chevrolet, as a cashier. She currently is enrolled at adult school to get her high school diploma. Some advice she has for students is “They just need to try really hard.”