In this Issue: The Most Dangerous Writing App, Free Online Digital Illustration Course, Phonics Tricksters App, Google Maps and your Timeline, and MACUL.

Have you ever gave your students time to "Free Write" and they do not make good use of their time? This can be frustrating because we know they have many things to share. But, the bar has been raised since I heard of The Most Dangerous Writing App. This "app" is actually a website your students will go to. You are then able to enter a time frame (from 3 minutes to 60 minutes) or a set word count (from 75 words to 1667 words). As you start to type, if you go a span of 5 seconds without touching a key on your keyboard, all of your previous work gets deleted. Yes, you are reading that right, it gets deleted. I wouldn't say this is something that should be used all the time, but this is definitely a great tool to use every now and then.

Starting on January 20th, 2017, I will be offering a Free, online, self-paced course which will get you 6 SCECHs. This course is called, "Digital Illustration and Design," and will teach you how to illustrate from your devices while achieving a professional look. There is no need to have any drawing skills as the method I teach uses other skill sets. The course is self-paced and all coursework must be completed and submitted to me by June 1, 2017. Signing up for this online class will give you knowledge and practice on Adobe Illustrator Draw, Canva, and Google Drawings. Each section of this course will offer video tutorials as well as time for you to practice different illustration methods. Click here to register for this online course.

MACUL (Michigan Association for Computer Users in Learning) is quickly approaching. This is the biggest tech conference in the state and will be held in Detroit on March 16th and 17th. If you plan on attending and getting a hotel room downtown, you may want to book your room as quickly as possible because everything will be booked as this event approaches. I always love attending this event because there are 400+ sessions that you can choose from. Another part of this conference that I am really excited about is the keynote speaker. Sir Ken Robinson, who is an Internationally Acclaimed Expert on Creativity and Innovation, will kick off this great conference, and you do not want to miss it. I would love to know who all in Huron County is attending, so please fill out this form if you are attending. 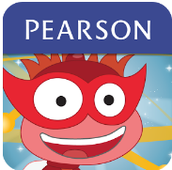 Phonic Tricksters is an app made by Pearson Education that uses Augmented Reality and Phonics for lewer elementary students. It is free, but only lets you use two characters. For a 99 cent in-app purchase, more of the characters can be used. Basically, the app has tricksters that steal from a library of phonics and students have to find them. The tricksters are hiding somewhere in the room, which is where Augmented Reality comes into play. Students have to scan the room using the device's camera and take the picture of the trickster. If the trickster stole the "Ch" sound, the student would have to find the picture that started with "Ch." My 5-year-old daughter has been loving it, and I love that she is learning too! Download the IOS app here, or check out the app on Google Play here.

Google Maps recently just came out with a feature on their Android and Web versions of Google Maps. It is called "Your Timeline" and is both really neat, but also creepy. Timeline allows you to see a map of everywhere you have been, showing the route that you took. When I open the Google Maps app on my Android phone, I can find my timeline in my settings. Once in my timeline, I can select any day from the calendar and it will show me in great details where I traveled and even what pictures I took on my route. It tells me how long I was at each location, how many miles and how much time I was driving.

This is a great feature for those who track mileage or for parents who want to track their children and see where and when they have been to different locations.