Jewel by Bret Lott tells the story of Jewel Hilburn as she copes with the triumphs and struggles of raising a family of six including a child with Down Syndrome. Jewel and Leston Hilburn live in rural Mississippi during the time of World War II when their world is rocked by the diagnosis of their sixth child, Brenda Kay, as a “Mongolian Idiot.” The diagnosis of Brenda Kay begins a long and trying journey as the entire Hilburn family learns how to love and support sweet Brenda Kay.

Because the entire novel is told through Jewel’s point of view, the reader gets an interesting insight of what it’s like to be a parent to a child with mental and physical disabilities. Overall, Jewel is presented as a great mother; she is loving, caring, courageous, and steadfast in her decision to do whatever it takes to raise Brenda Kay in their home and not in an institution, as her doctors first advised. There is only one moment in the book that stood out to me as something I think most mothers would disagree with. There are some complications when Jewel goes into labor with Brenda Kay. Jewel prays to God that if someone has to die, let it be the child. While at first this seems the exact opposite of what a mother should wish for, Jewel later explains she wants none of her children to know the pain of losing a parent, as Jewel lost both her mother and father when she was really young.

The entire Hilburn family pitches in to help pay for Brenda Kay’s medical expenses, but none more than Jewel. She decides to take a full-time job as a cafeteria server at the local school to help offset the cost of Brenda Kay’s injections; in addition to all her responsibilities as a wife and a mother of five other children. When she hears news of a school in California that can help raise the I.Q. of children like Brenda Kay, she convinces her husband to move the entire family out there so Brenda Kay has a shot a normal life. Jewel continues to raise Brenda Kay as best she can up until Brenda Kay turns 16. At that point, Brenda Kay had been attending the school for almost two years and her I.Q had not improved. The headmaster of the school advised Jewel and Leston to put Brenda Kay in a home with other adults with Down Syndrome where she could be constantly monitored and cared for. While this is an incredibly heartbreaking and difficult decision for Jewel, she decides it is what’s best for Brenda Kay and the rest of the family is to put Brenda Kay in the home. Throughout the entire story, Jewel is only concerned for the well-being of Brenda Kay and this is all that can be expected of her. A good mother always does the best she can with what she has, and Jewel embodies this perfectly. If all mothers loved and cared for their children like Jewel, especially those children who need a little more love and care than most, our world would be a much better place. 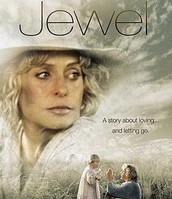 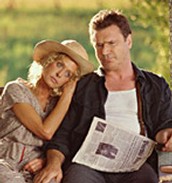 www.oprah.com
Learn more about the book and the author.