-A craft guild is an organization that was controlled by the experts in a trade.

-Some examples are bakers, tailors, armour and sword makers, and tanners.

-The importance is that they look after their members, such as in case of sickness or accident. 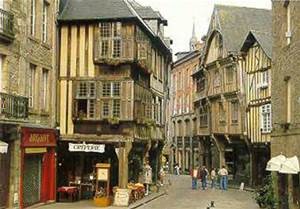 -The town has a stone wall surrounding it for protection. The protection was really strong.

-They built gates, to close at night.

-The streets were narrow, winding, and had open sewers.

-The people would dump their garbage on the street. Some towns had swineherds who would ride pigs at night, to eat the garbage.

-Most of the towns got pretty dirty because people left their garbage.

-The fairs made a lot of people get into trade, which made the people wealthy.

-People got to try new food and clothes that they never saw before.

-Markets can last for several weeks.

-Prague, Czech Re public was the most important town in the late middle ages.

Rise of a Merchants Class

-It's when the medieval manor changed because everyone was able to make a lot of money or be independent and powerful.

-The importance is for everyone to be able to become independent and powerful, not just lords and nobles. 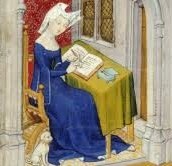 New Freedom of Found in Towns

-Everyone got to have freedom. They could marry anyone they wanted, and make their own money.

-Serfs could escape the manor. If the serfs stayed away from the manor for 1 year, they would be free.

Activity #2: Technology of the Time

-Lords, and Knights, had all the castles. The castles were usually on a hill.
-The reason that they made castles, was to defend their people against attackers. the castles were also for letting their people in, in case of attack.
-The parts of the castles were the gate houses, the great hall, towers, the great chamber, the second chamber, the kitchen, the keep, the inner court, and the chapel.
-The castles had food and water.
-Had a drawbridge with a moat, and a stone wall around it.
-When the castle has to defend, they would shoot arrows, drop rocks, and dump boiling water onto the attackers.
-A famous castle is the Windsor castle. It's the largest, and oldest official residence.
-Queen Elizabeth II always spend her weekends there.
-This castle was built in 1770. It took 16 years to build.

-To become a Knight, you need to practice a lot. Some of the things that you need to practice, is jousting, or hunting.
-The role of the Knights is to protect women, kids, and to strengthen the church.
-The role of the Knights for jousting is to be able to ride a horse, and to try to use a lance pole to knock their enemies off.
-Chivalry is the qualities of behaviour expected of a knight, such as honour, courtesy, and courage.
-The code of chivalry is personal honour. It's important because it would mean that they are brave, generous, and truthful. 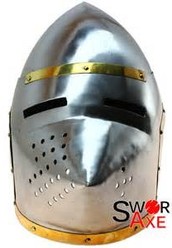 -It was made out of steal, which is light and strong.
-It was a strong and light steal.
-Knights and wealthy nobles used it. 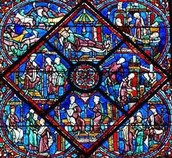 -Art was all about religion.
-Architecture, sculptures, stain glass, paintings, pottery, metalwork, weaving, and books are all art.
-Donatelloe was a famous artist, he was born in 1386, and died in 1466. He did Italian sculptures.
-He invented techniques in sculpting.
-He allowed people to see in 3D image.